The bill of grievances contained in the immortal Declaration of Independence could be extended by our own citizens in modern times, had they the stomach for it. … So important is the right and duty of the people to dispense with despotism, this great Declaration contains the sentence not once, but twice. In its final utterance, the choice of words does not call for the formation of a government. Rather, it calls for "new guards" which may or may not entail such a unit as an artificial agency. 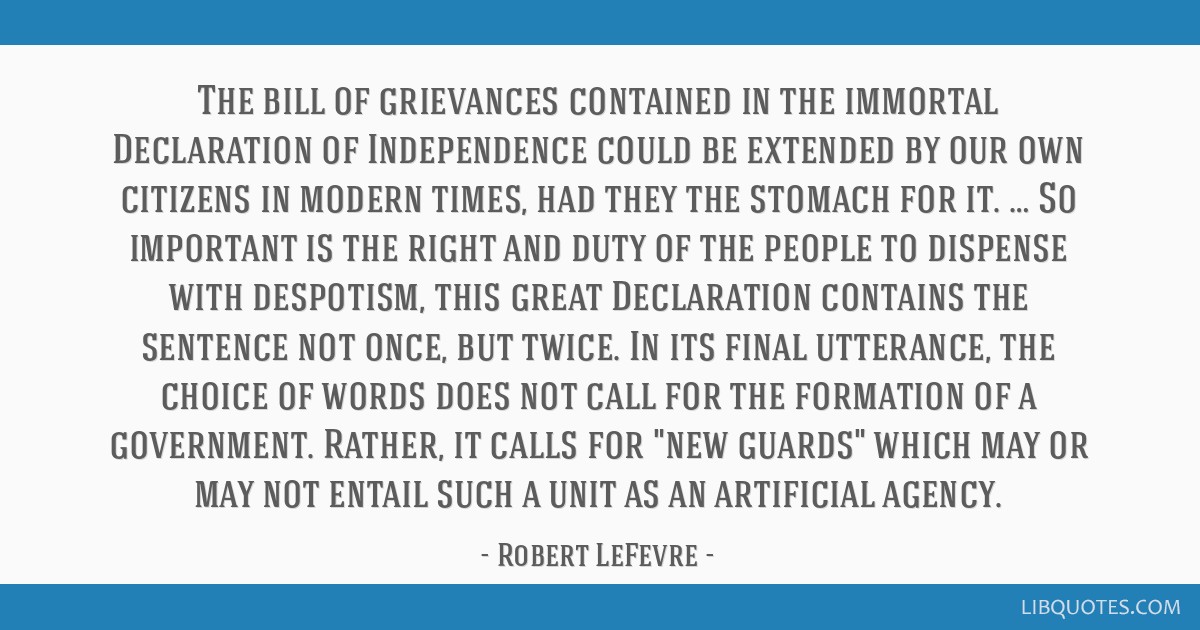 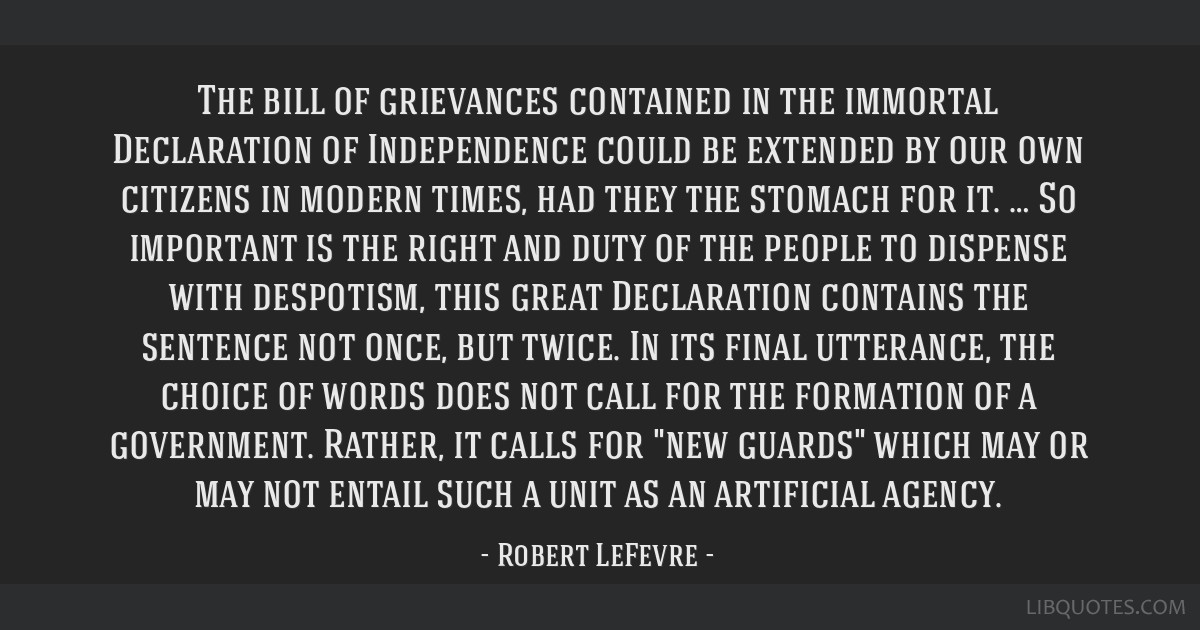 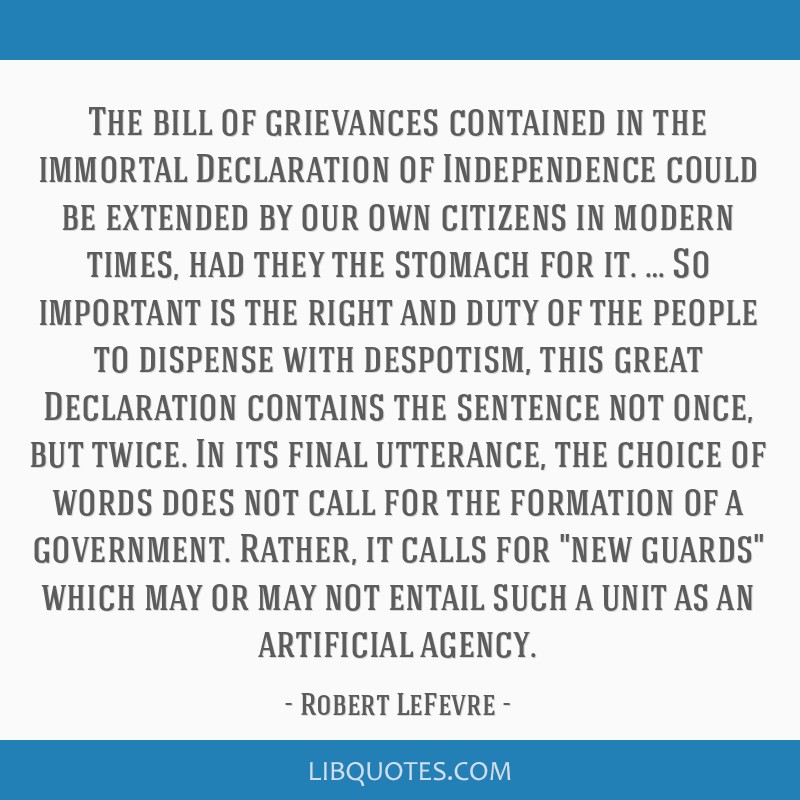 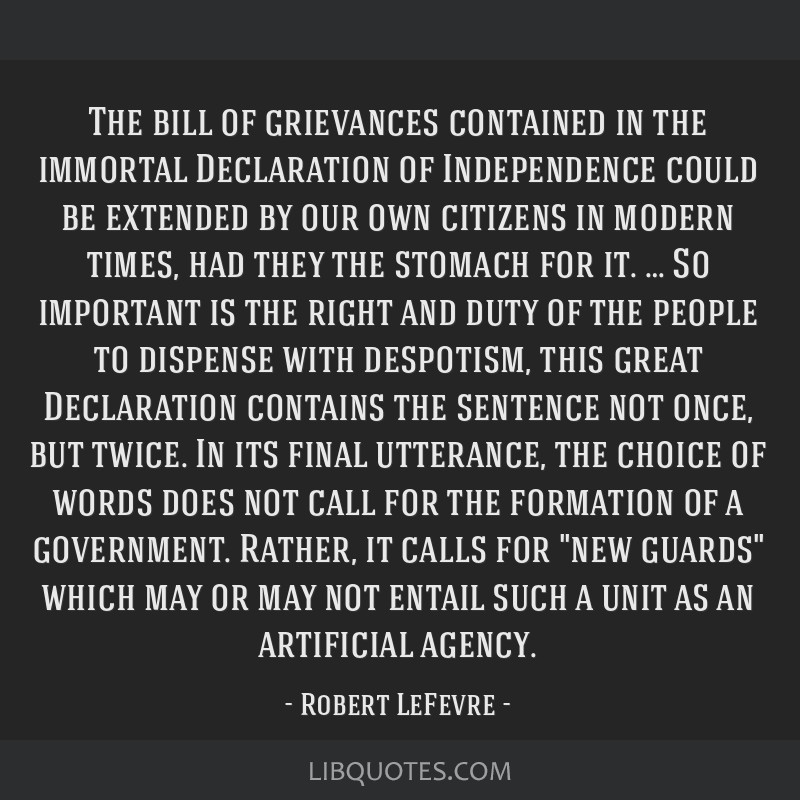