Then did I feel as one who, much perplext, Led by strange legends and the light of stars Over long regions of the midnight sand Beyond the red tract of the Pyramids, Is suddenly drawn to look upon the sky, From sense of unfamiliar light, and sees, Reveal'd against the constellated cope, The great cross of the South. 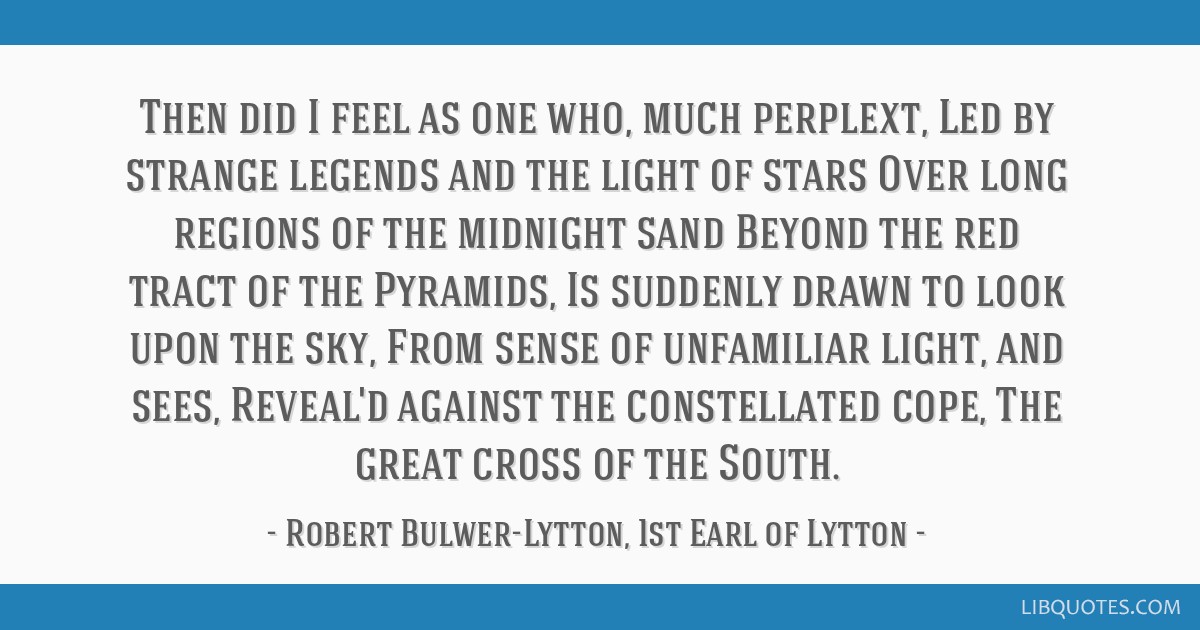 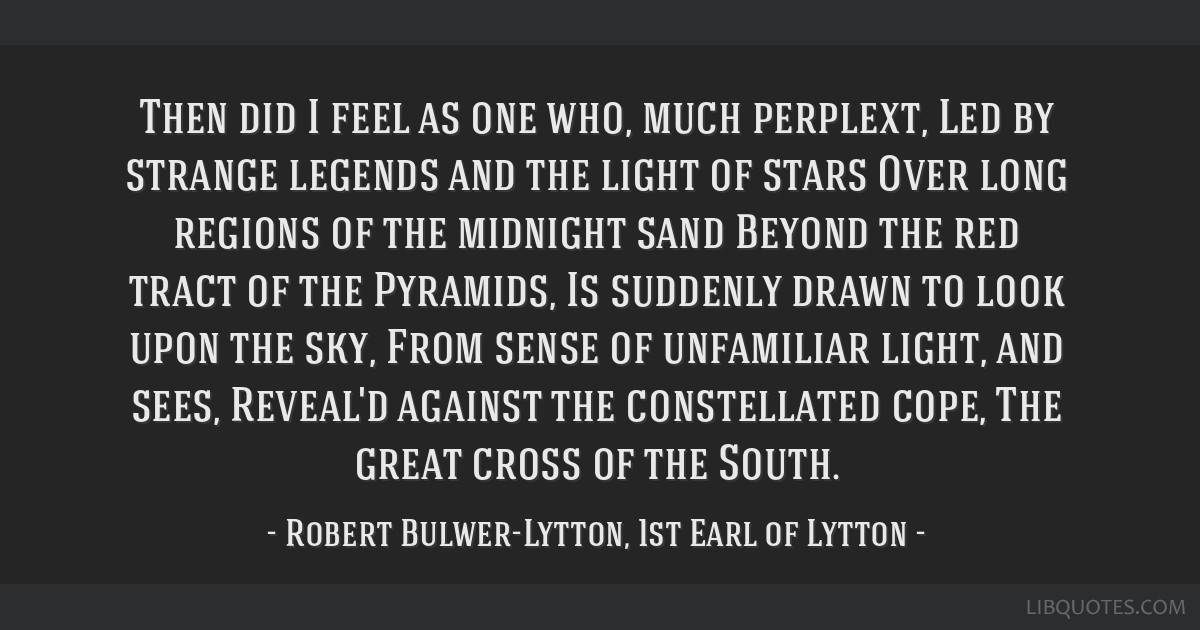 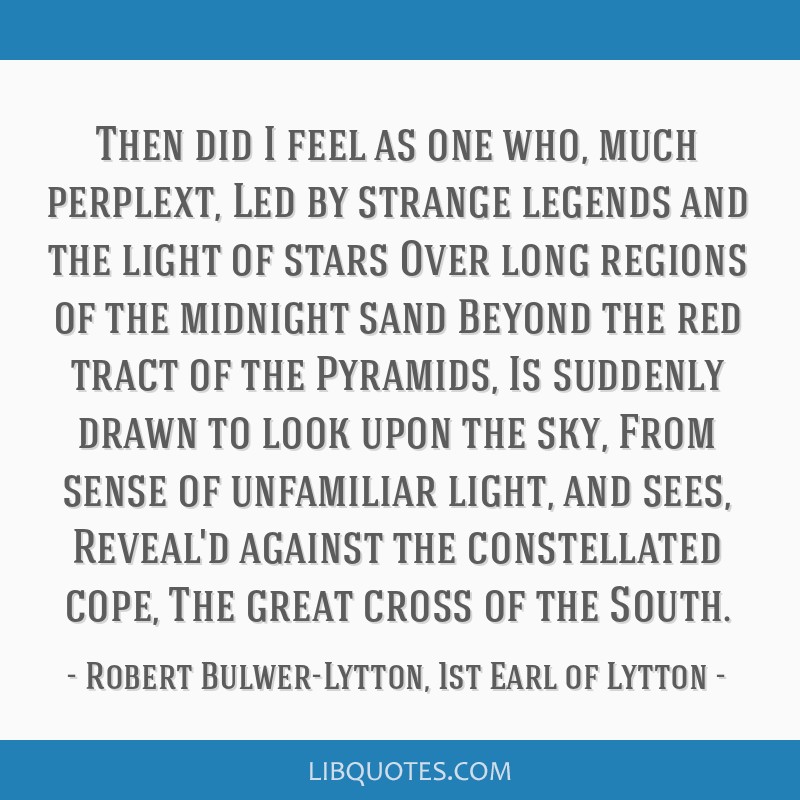 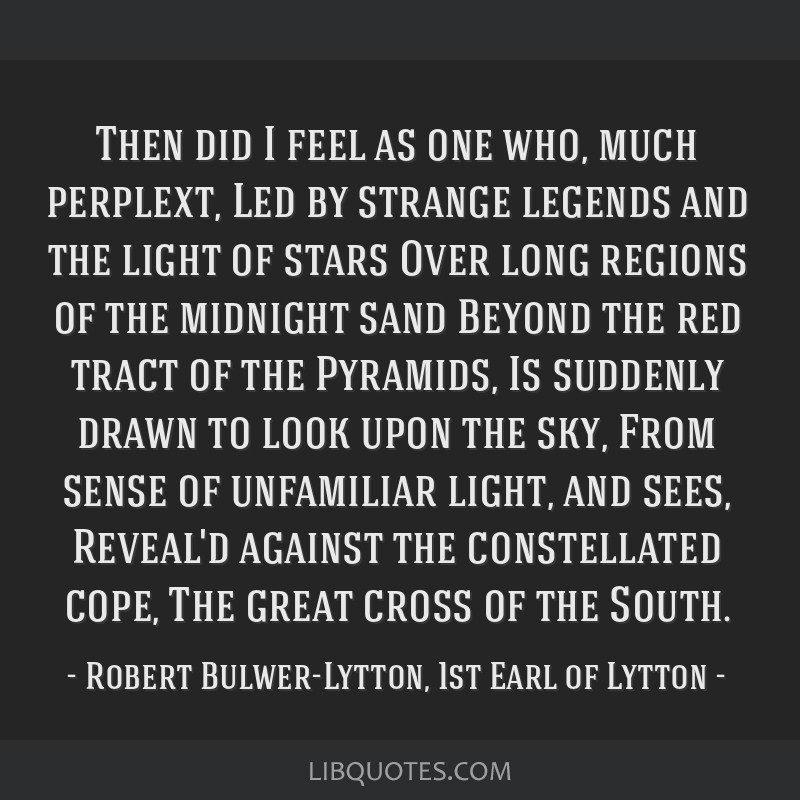 While the spoken word can travel faster, you can't take it home in your hand. Only the written word can be absorbed wholly at the convenience of the reader.
Kingman Brewster, Jr.