These [Brownian] motions were such as to satisfy me, after frequently repeated observation, that they arose neither from currents in the fluid, nor from its gradual evaporation, but belonged to the particle itself.

The Miscellaneous Botanical Works of Robert Brown (Volume 1), A Brief Account of Microscopical Observations made in the Middle of, June, July, and August, 1827, on the Particles Contained in the Pollen of, Plants (p. 467) 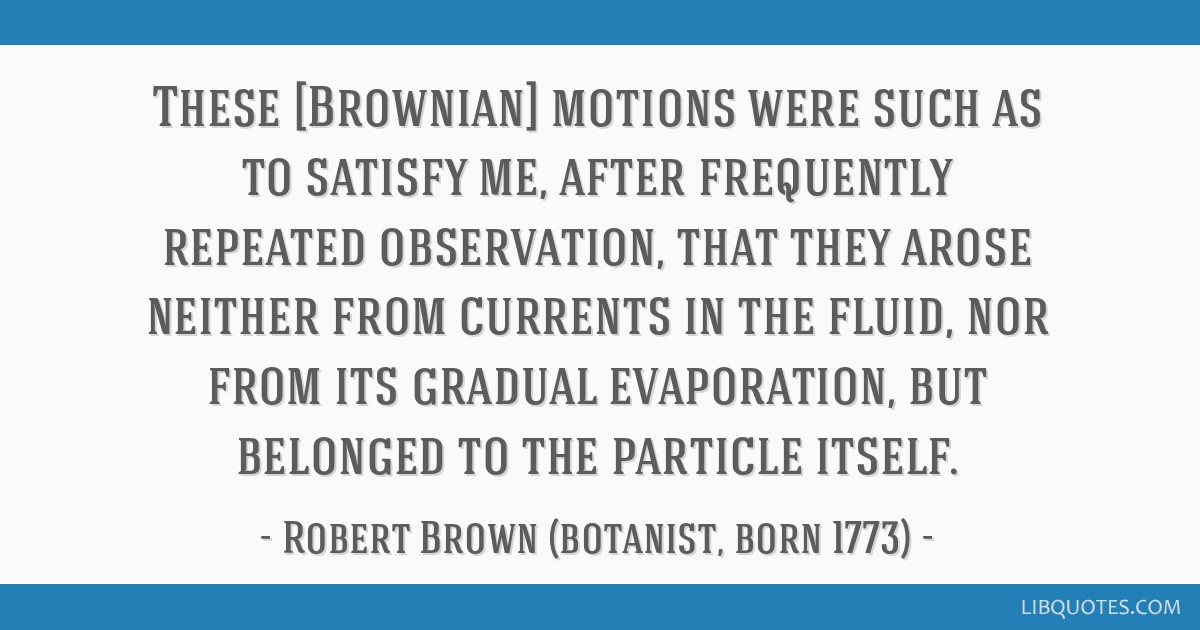 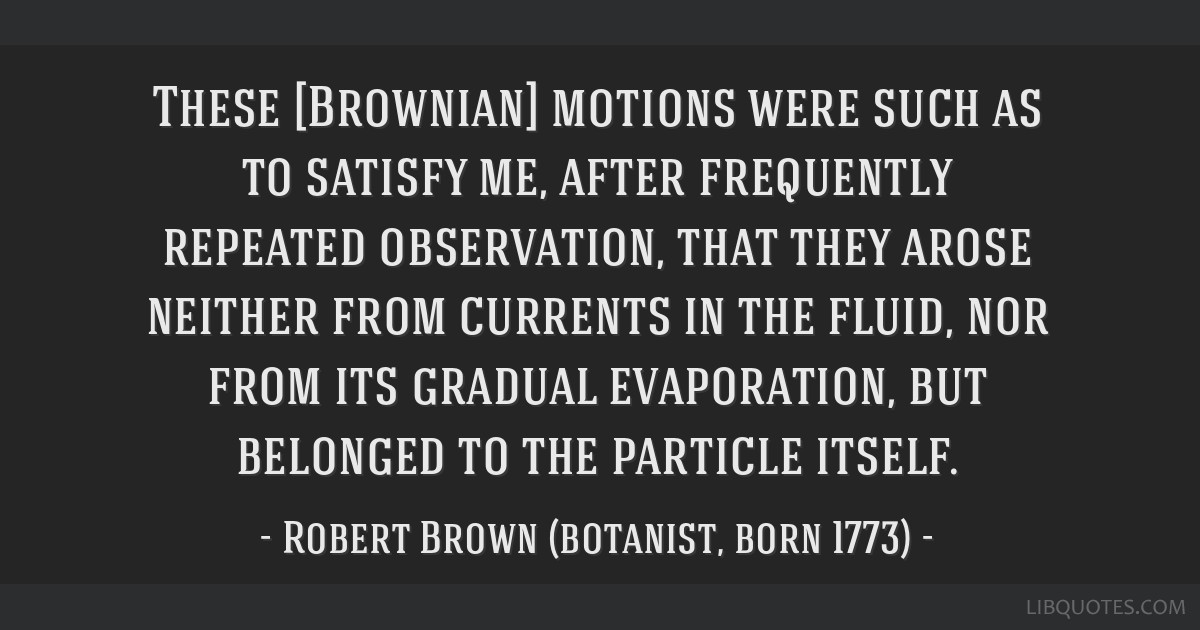 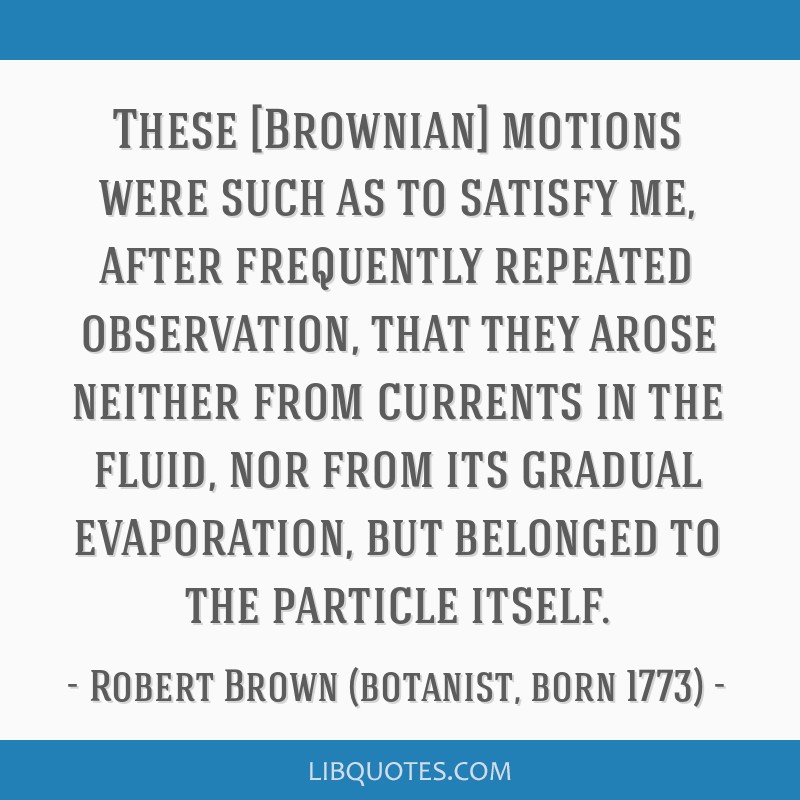 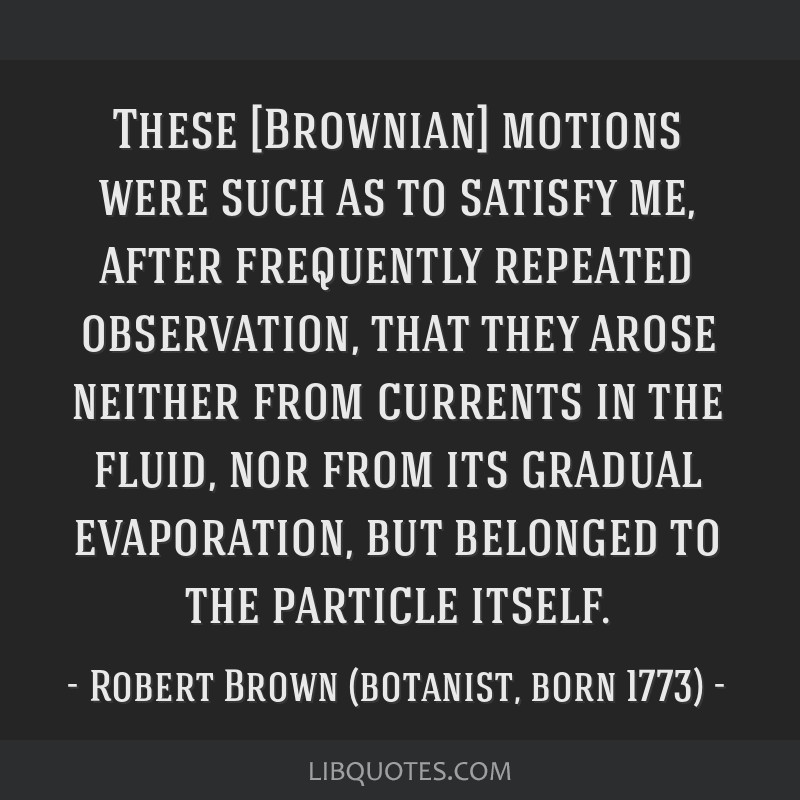