I first heard of the 23 Enigma from William S. Burroughs, author of Naked Lunch, Nova Express, etc. According to Burroughs, he had known a certain Captain Clark, around 1960 in Tangier, who once bragged that he had been sailing 23 years without an accident. That very day, Clark's ship had an accident that killed him and everybody else aboard. Furthermore, while Burroughs was thinking about this crude example of the irony of the gods that evening, a bulletin on the radio announced the crash of an airliner in Florida, USA. The pilot was another Captain Clark and the flight was Flight 23. 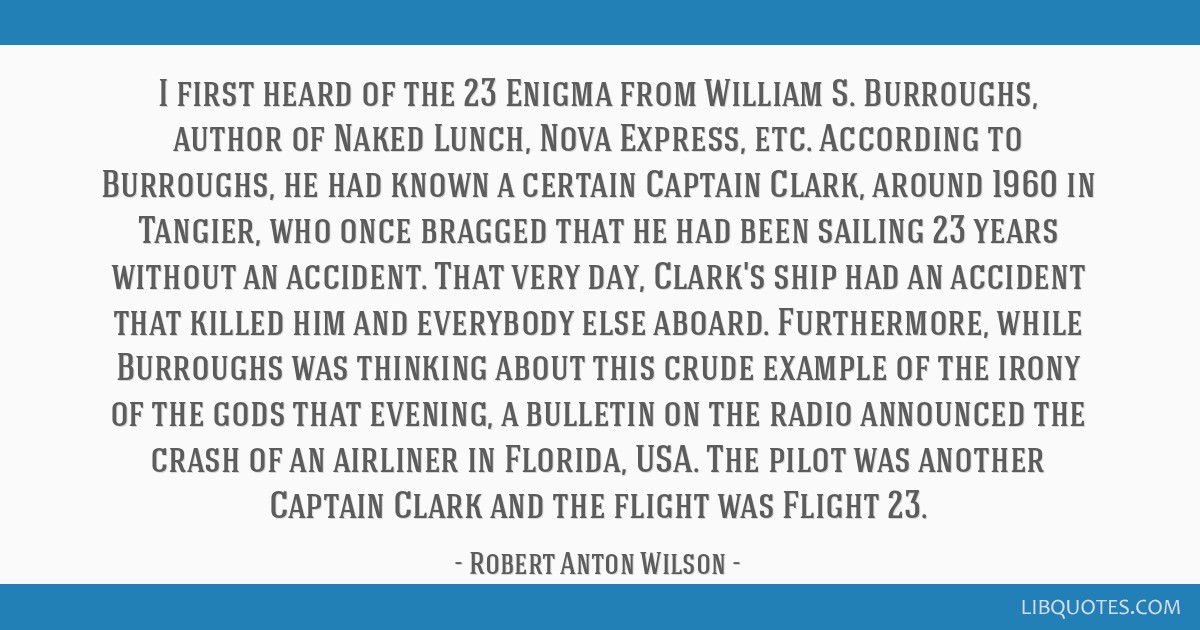 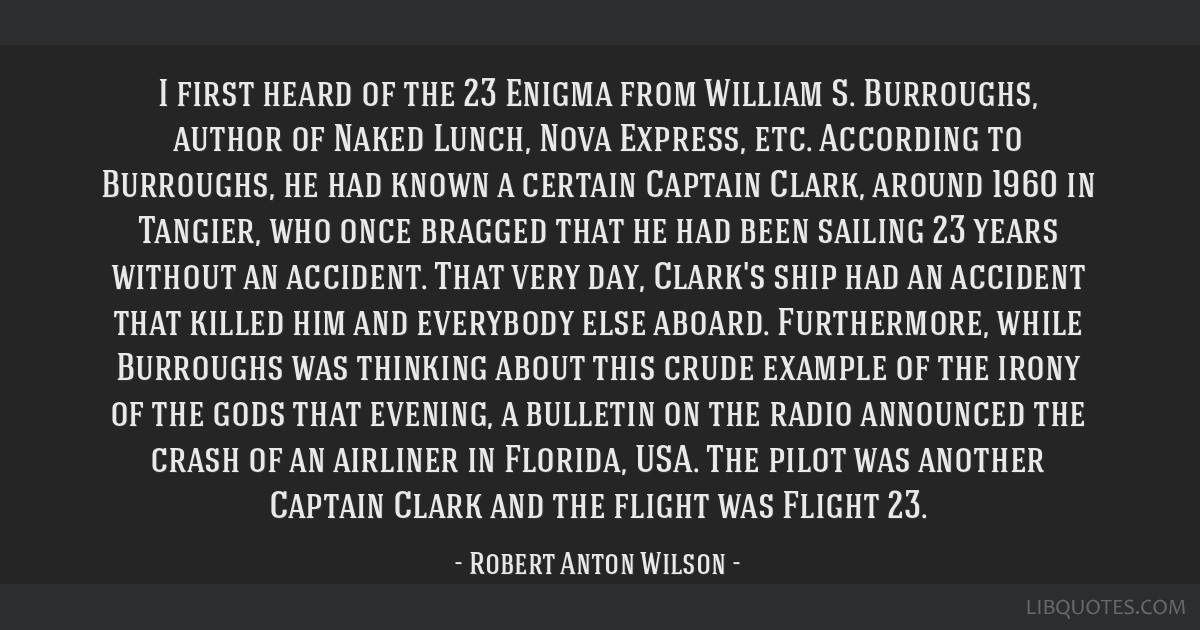 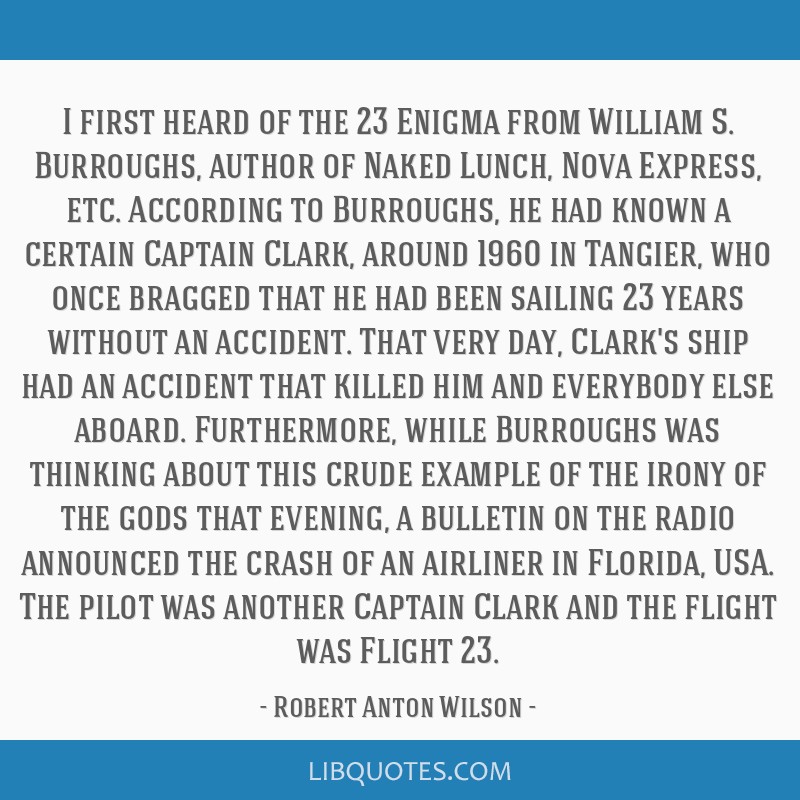 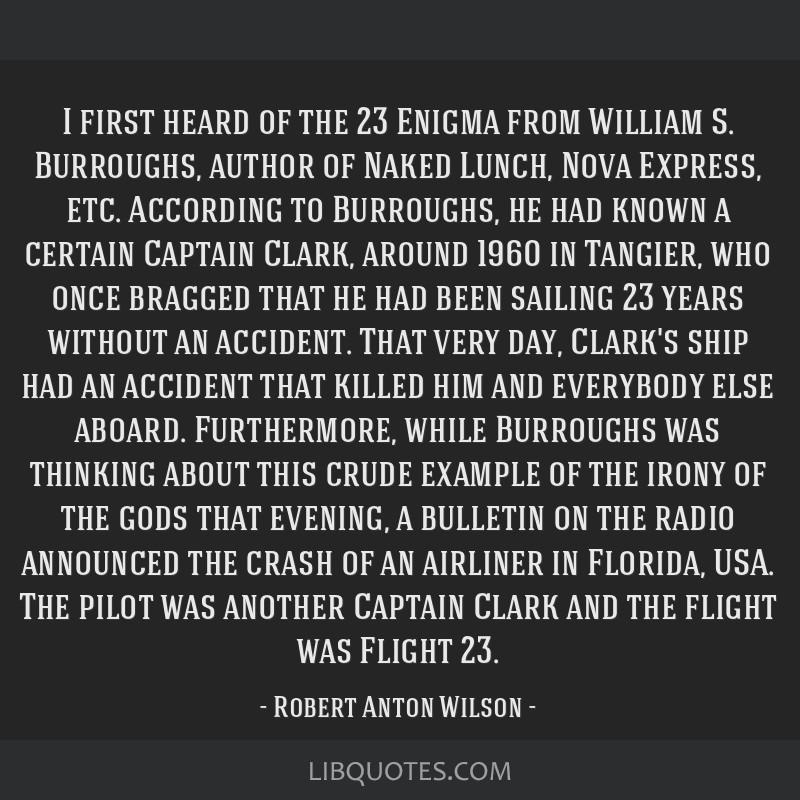 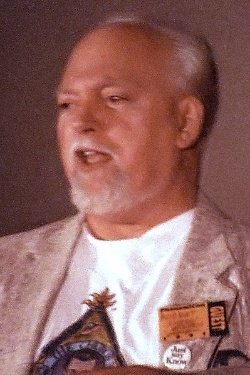