When you live entirely among madmen, it is difficult to know how sane you are. 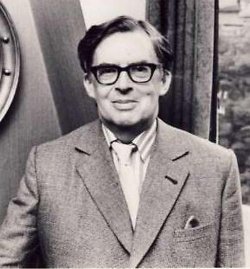 Wikipedia
Born: June 27, 1914
Died: February 26, 1981 (aged 66)
Bio: Robert Fordyce Aickman was an English conservationist and writer of fiction and nonfiction. As a conservationist, he is notable for co-founding the Inland Waterways Association, a group which has preserved from destruction and restored England's inland canal system.
Known for: