Corporation executives, particularly the more prominent ones, and wealthy individuals generally decry the fact that the "New Deal" has fostered a feeling of class-consciousness among workers and low-income groups. Class-consciousness, however, is not new in this country, and it is most pronounced among those groups who decry it while not recognizing the phenomenon themselves. Common social backgrounds, common business interests, and common fears, prejudices, and loyalties create among those who possess wealth and economic power a strong and clear-cut feeling of membership in an economic and social class. 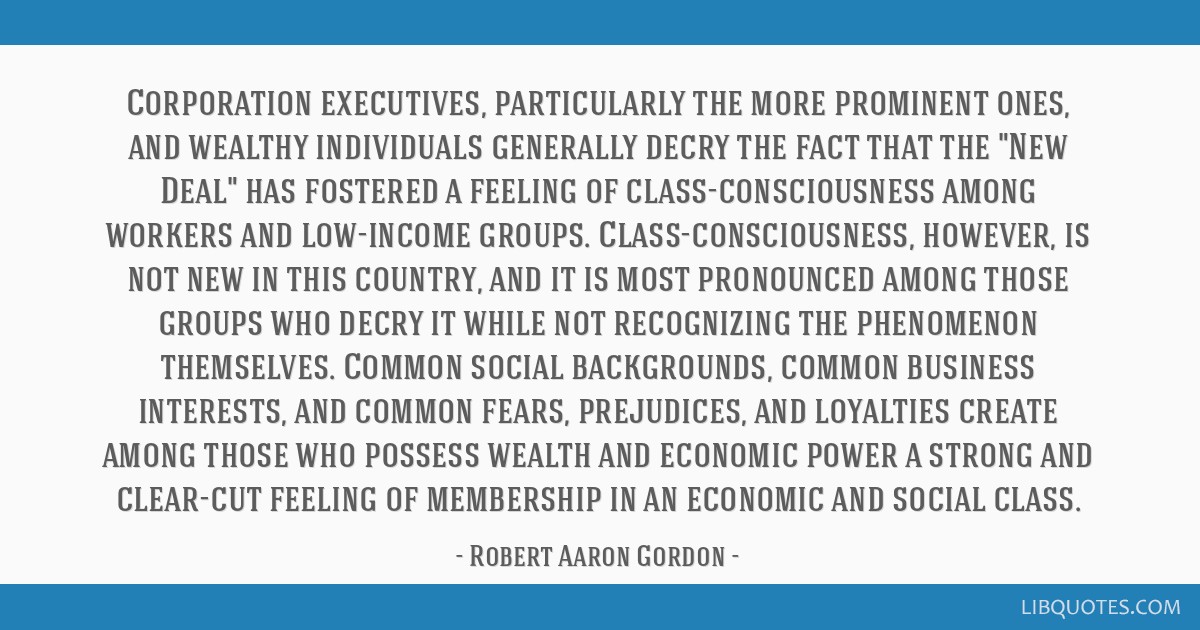 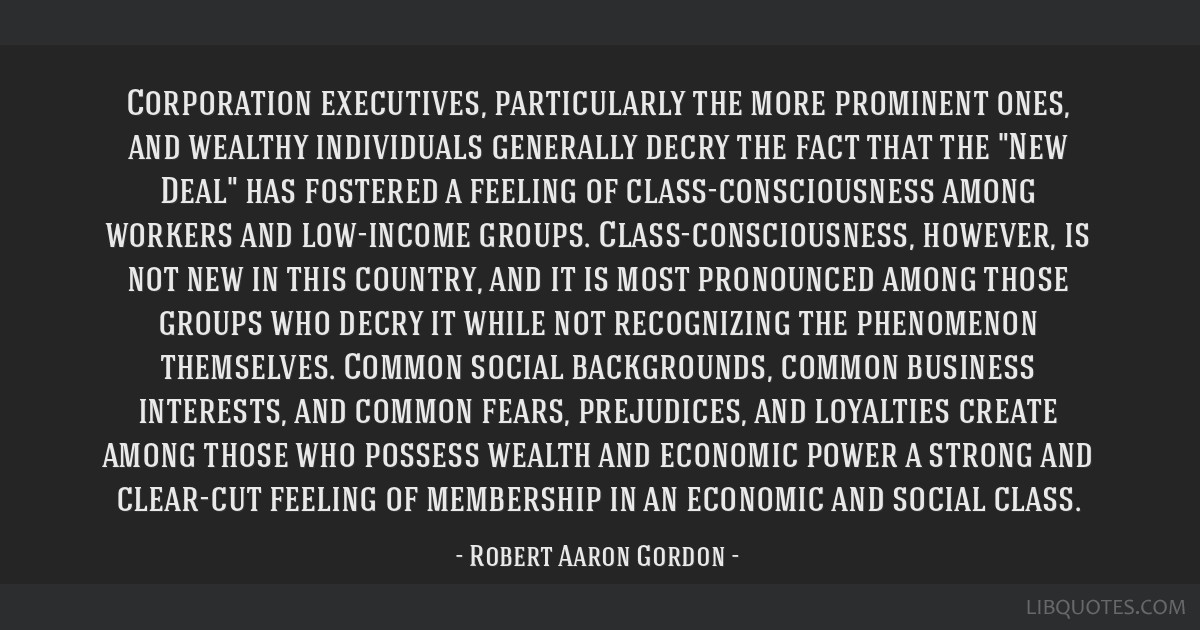 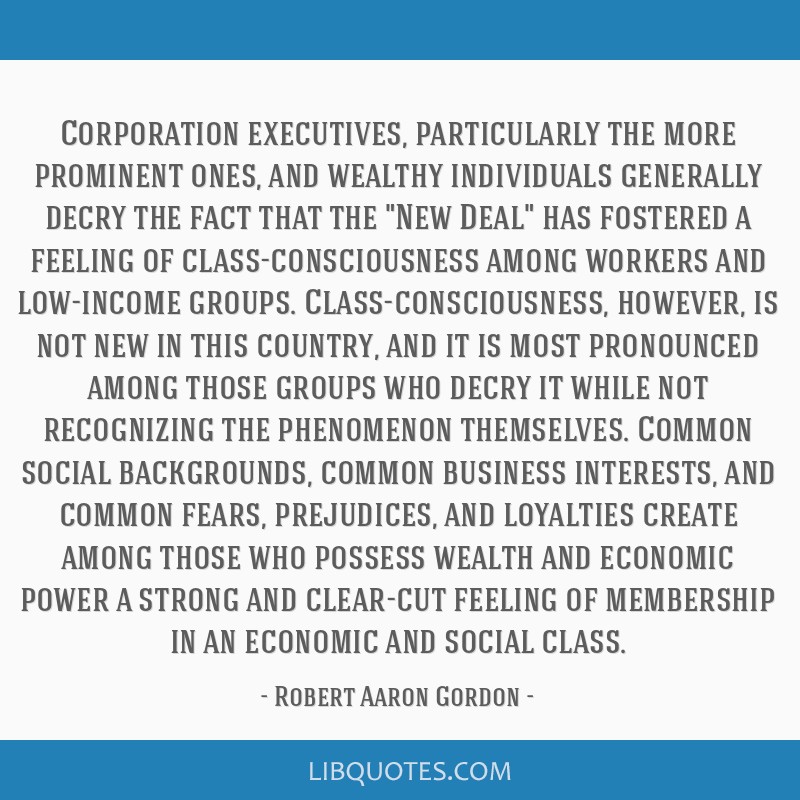 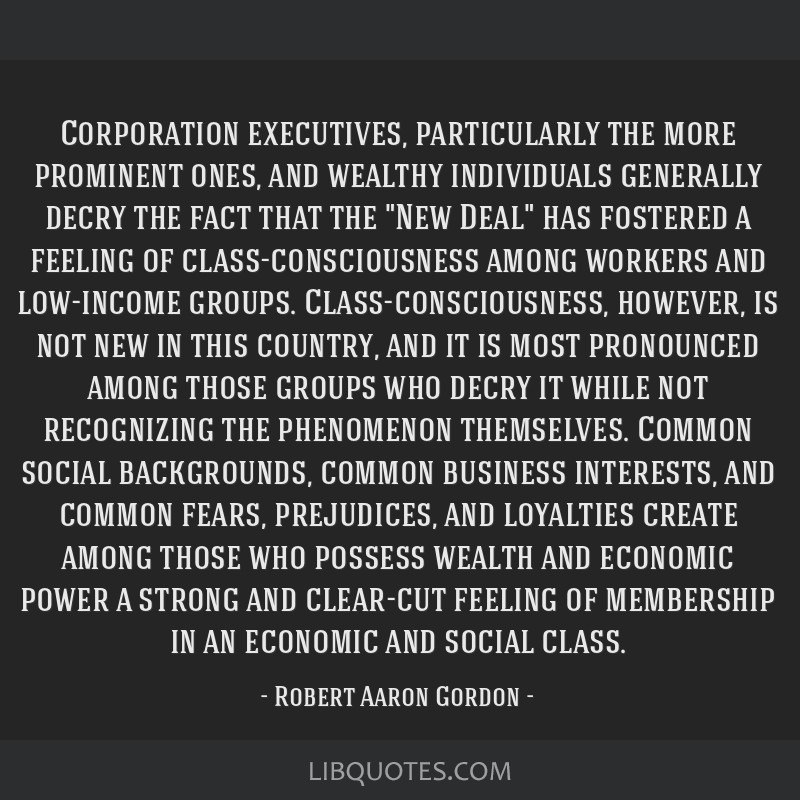