I have stressed inequalities in wealth and incomes because they reveal how far this country falls short not only of an ideal but of an actual condition of equality that was taken for granted by democrats like Jefferson and Madison in the early years of the Republic. But there is another important reason for particularly stressing incomes. When we attempt to compensate for gross inequalities in incomes by means other than providing income itself, the result is likely to be a patchwork of irritating regulations enforced by bureaucratic agencies. 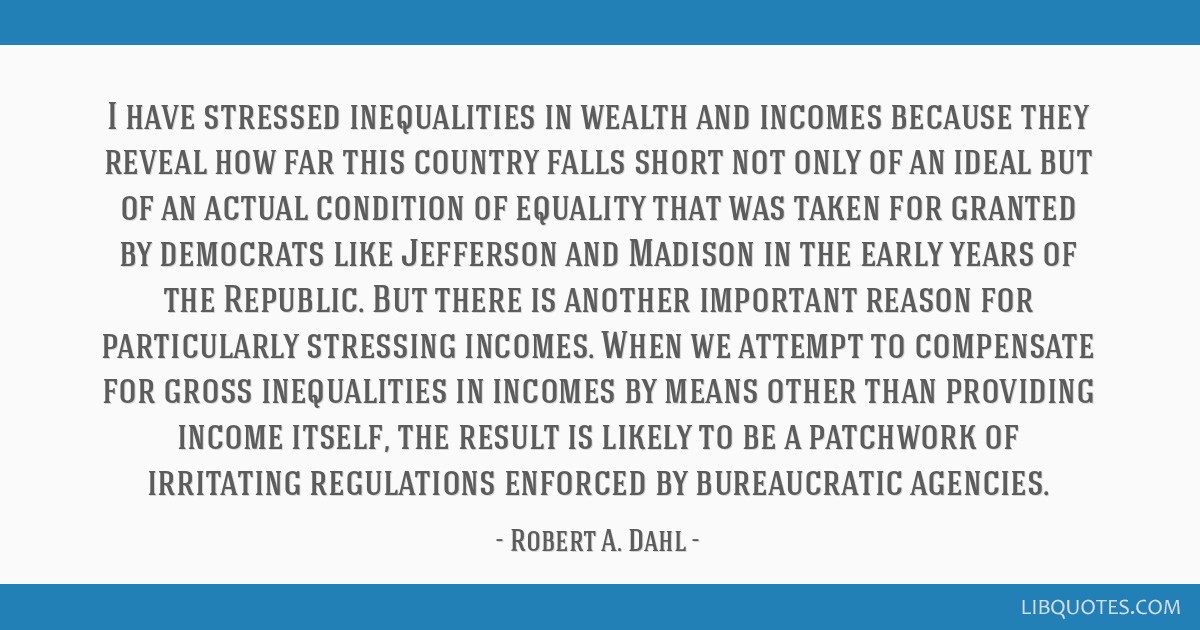 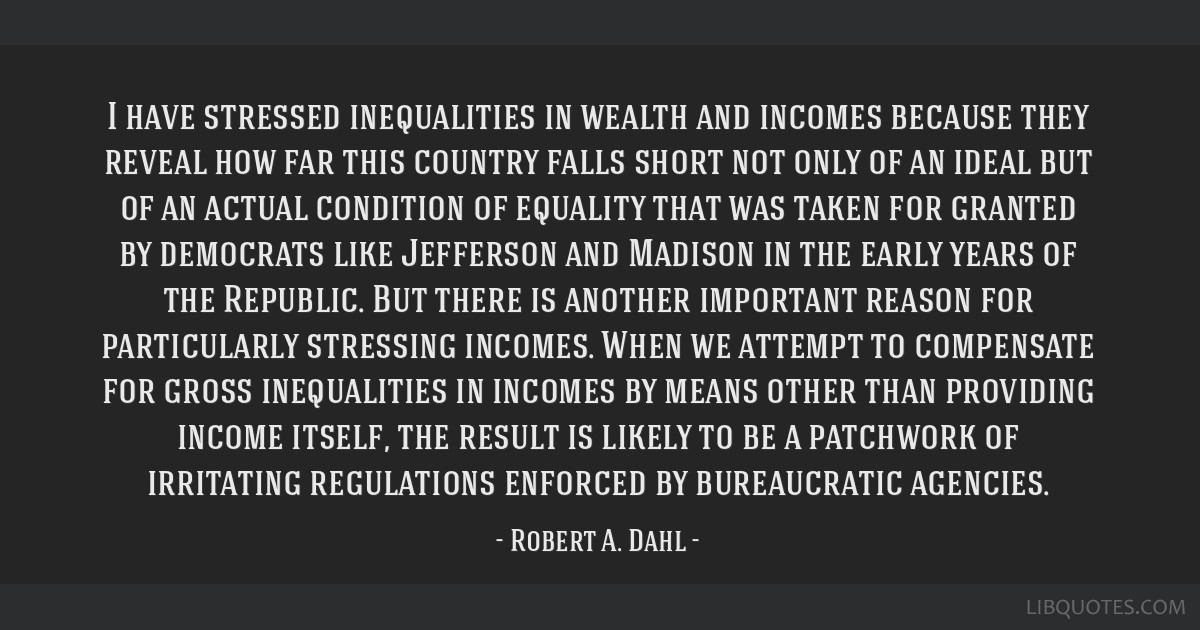 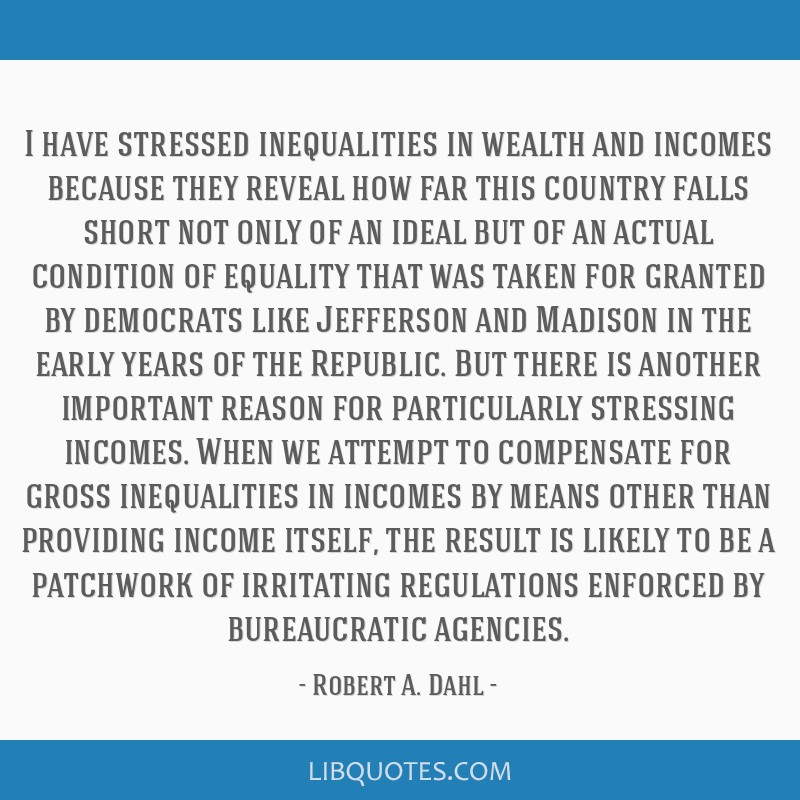 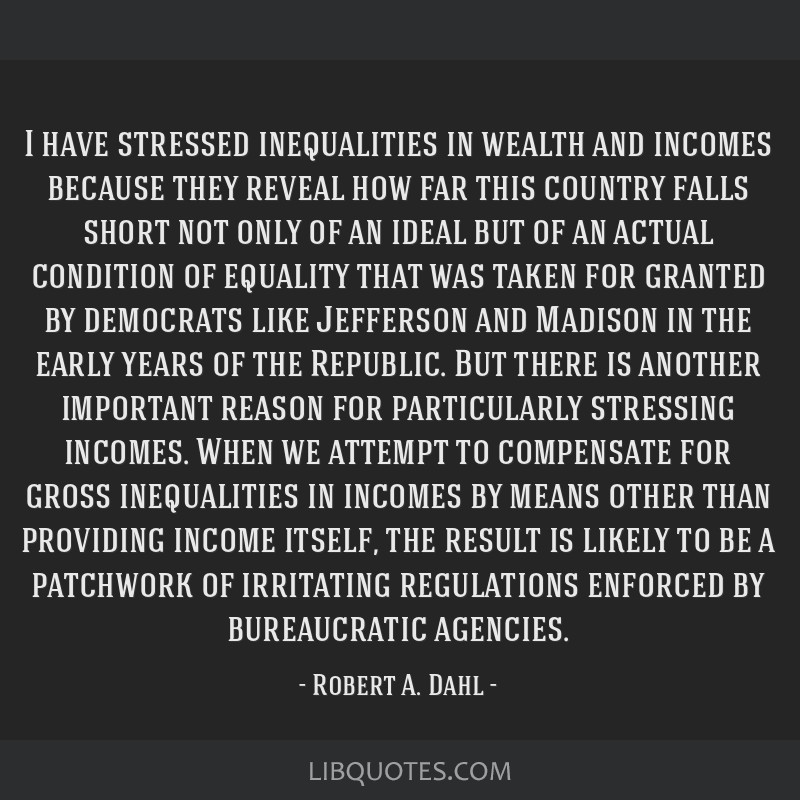