Every attempt to develop systematic democratic theory has to confront the elementary fact that democracy can be, and in practice has been, interpreted as an ideal political system, perhaps (or probably, or certainly) unattainable in full, and also as an actual, historically existing system, a set of political institutions or processes that are attainable at least under some limiting conditions. 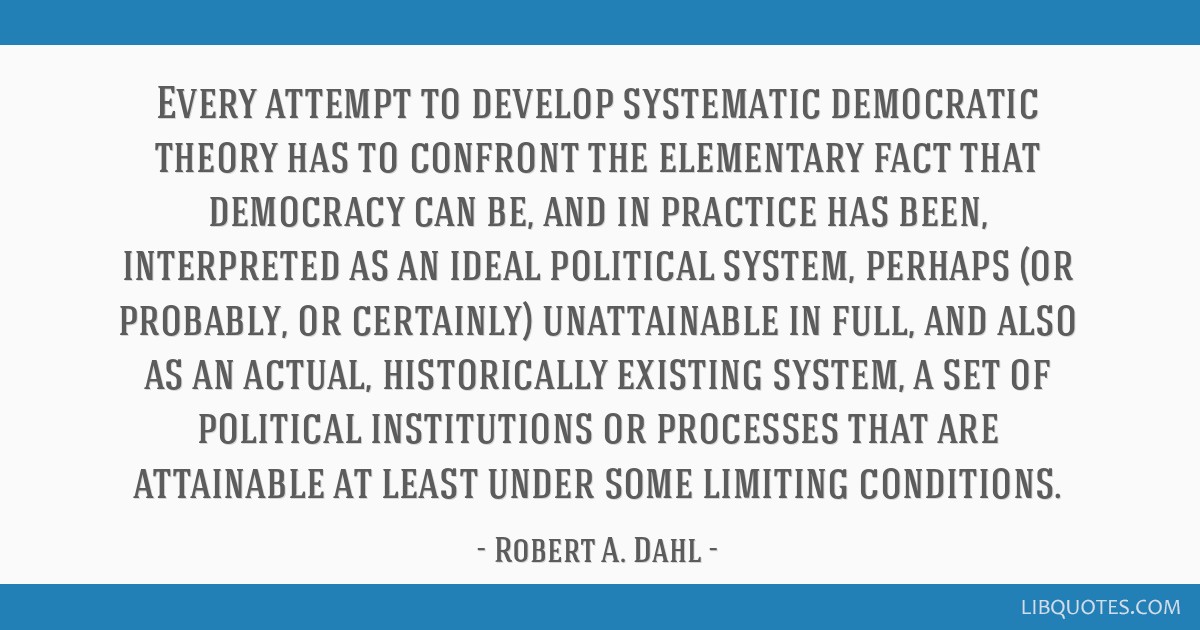 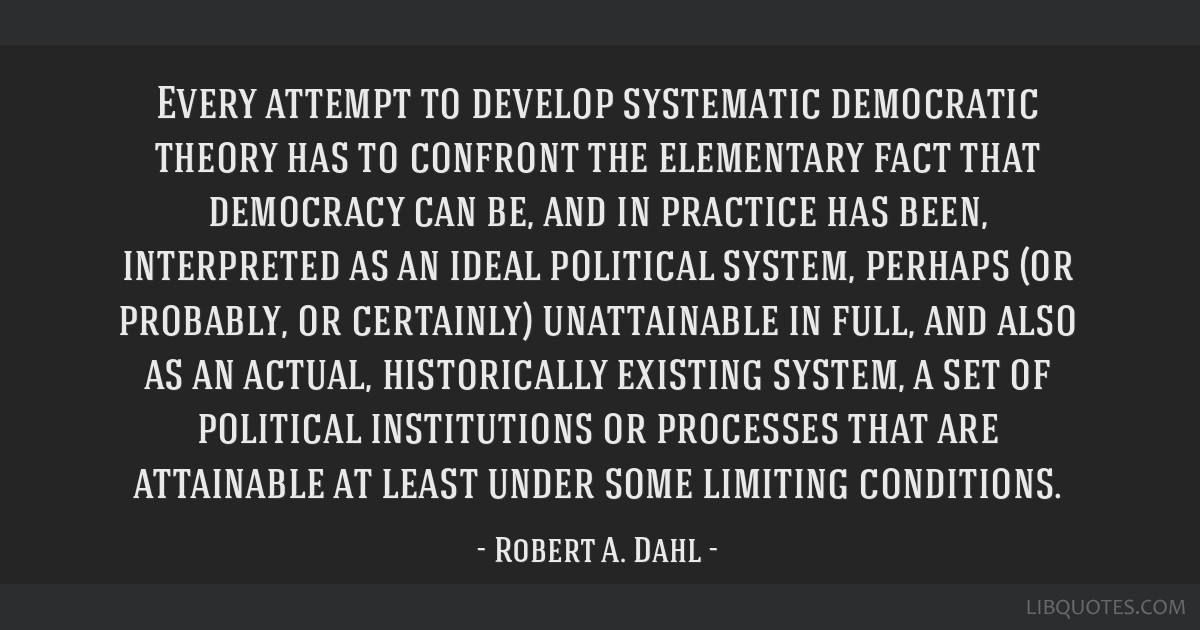 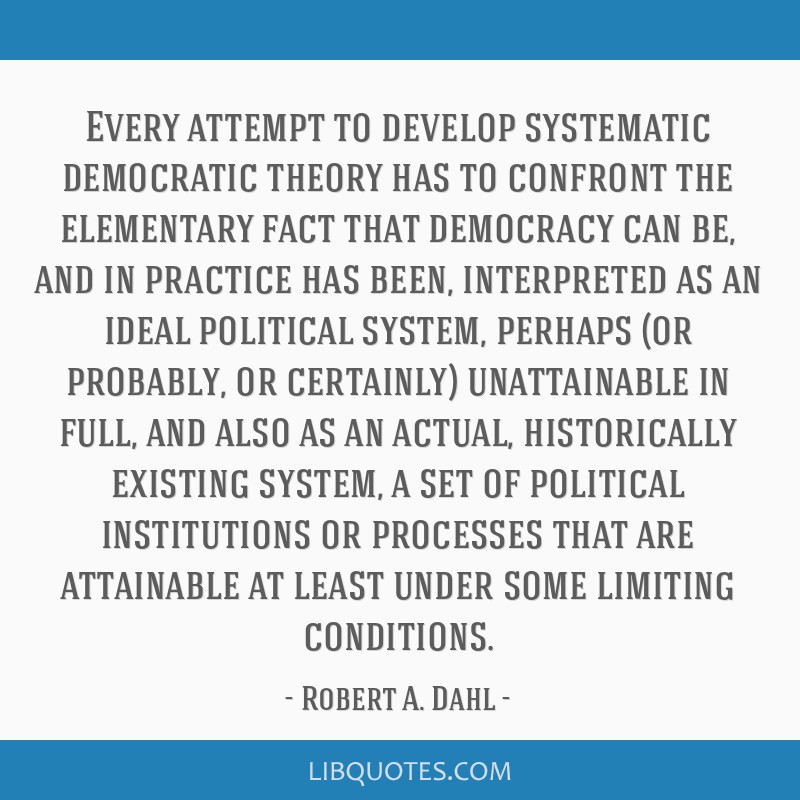 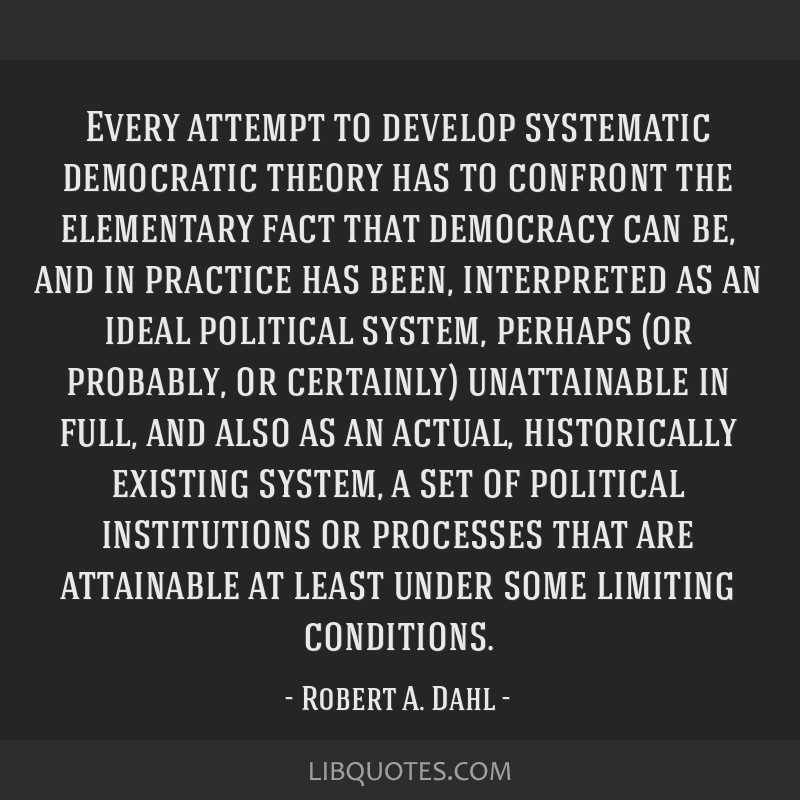