I said to myself if Christianity is dead, I will sit at its tomb and will weep until it arises again, just as Mary Magdalene sat at the tomb of Jesus and wept until Jesus showed Himself. Then when I came out of prison I saw Christianity is not dead. The number of practicing Christians in Rumania according to the figures given by the Communists themselves in 20 years of Communist dictatorship has grown 300 percent. 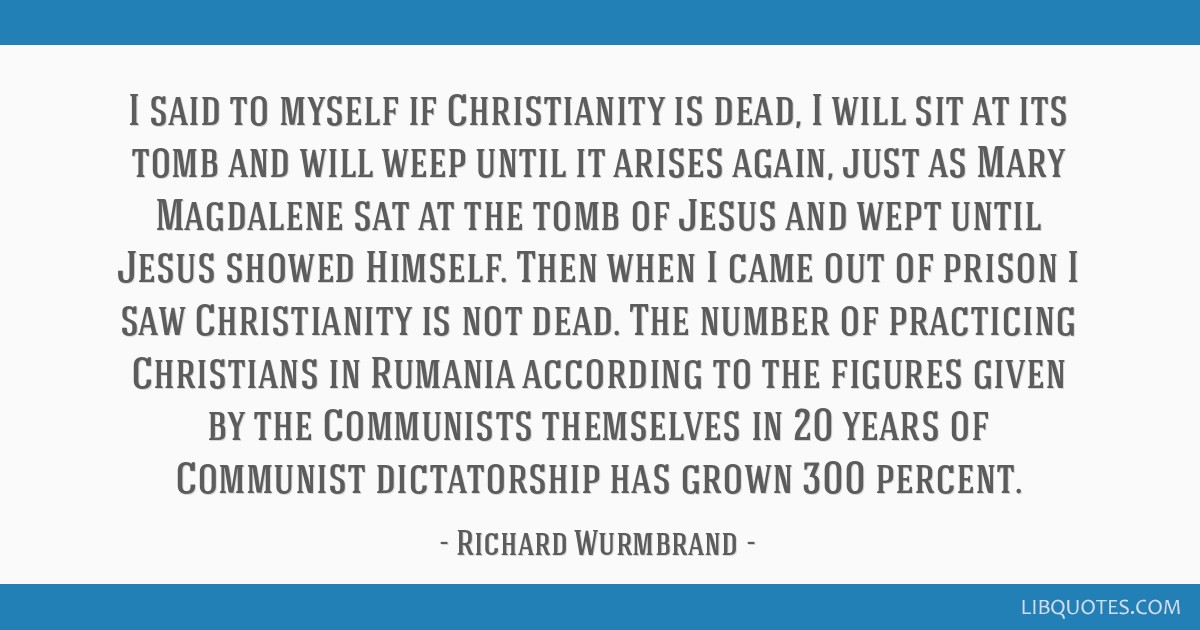 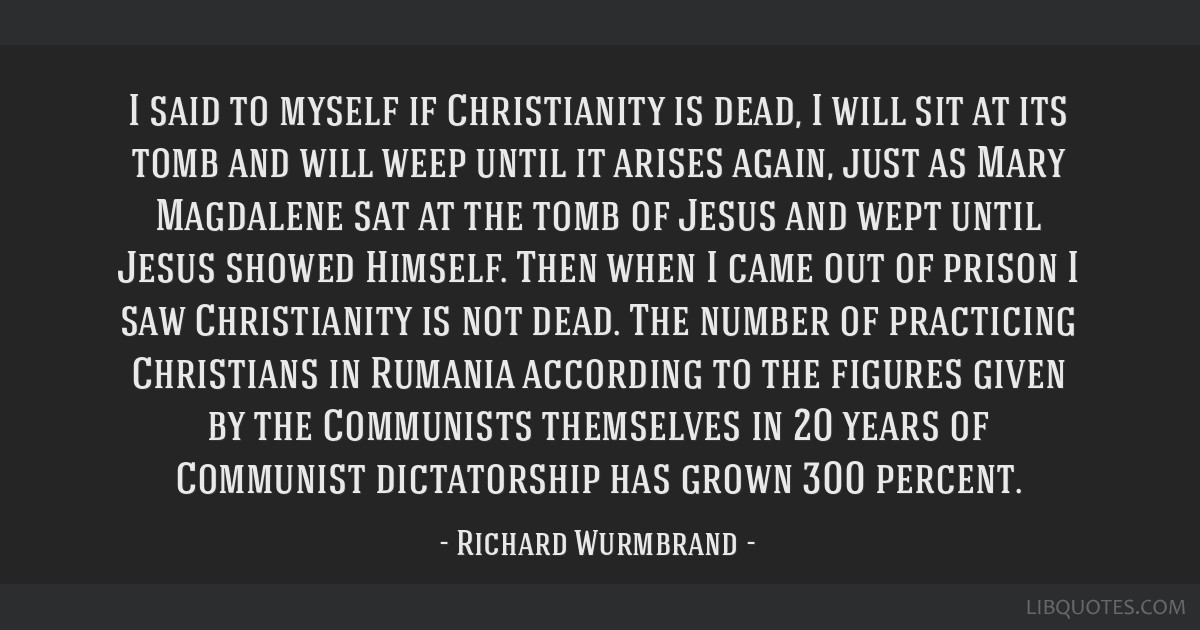 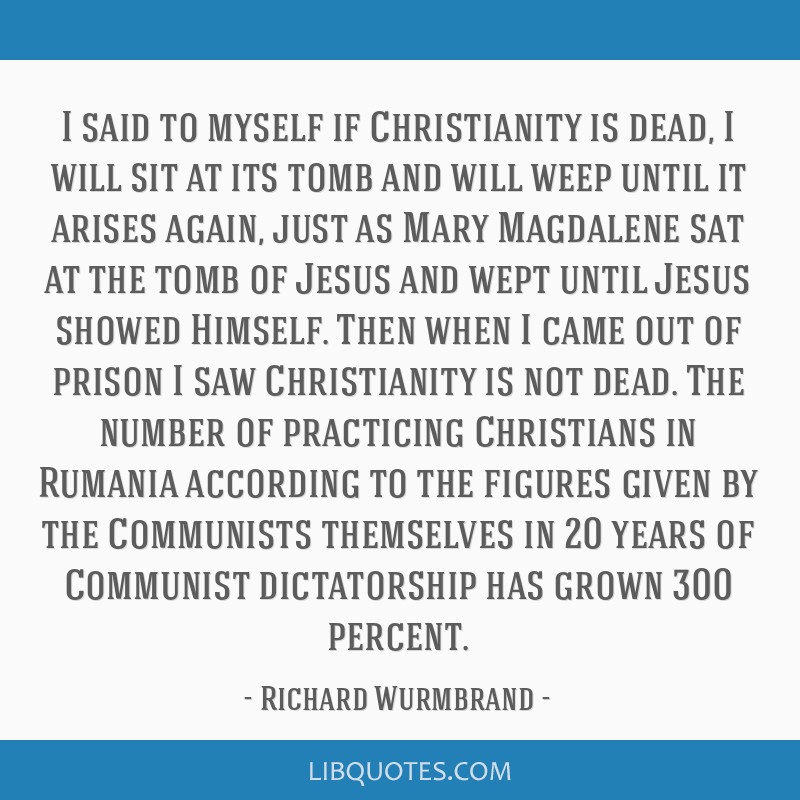 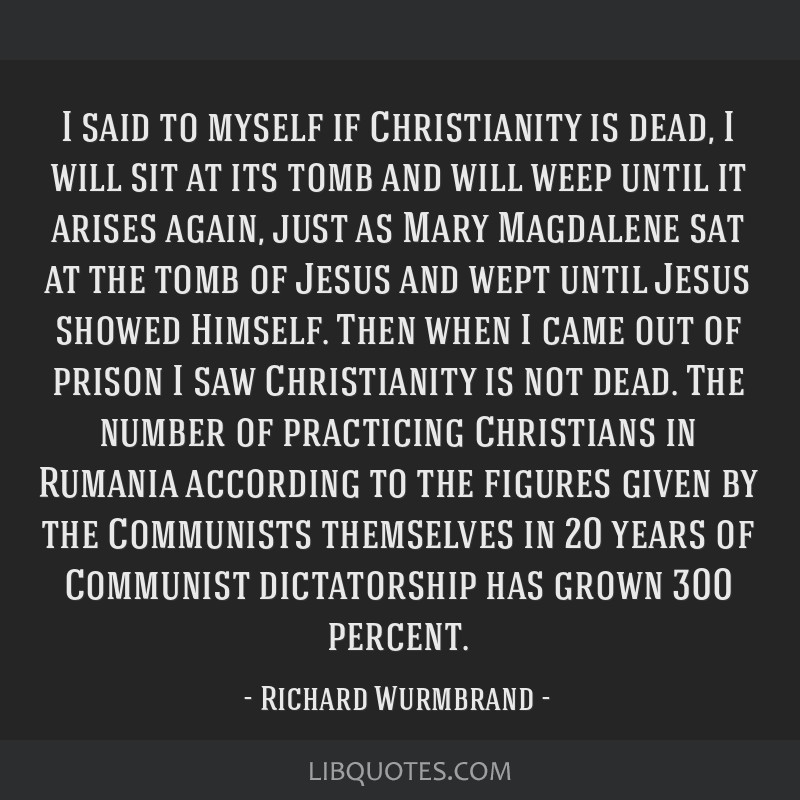