When during my stay in Egypt I became familiar with the works of Nietzsche, whose polemic against christianity was particularly to my liking, the antipathy which I had always felt against a religion which relieves the faithful of responsibility for their actions (by means of confession) was confirmed and strengthened.

Recollections of my youth and years of apprenticeship, page 140. In November 1892, Strauss had set off for an eight month journey to Greece and Egypt for convalesence from a severe lung ailment. - Recollections and Reflections 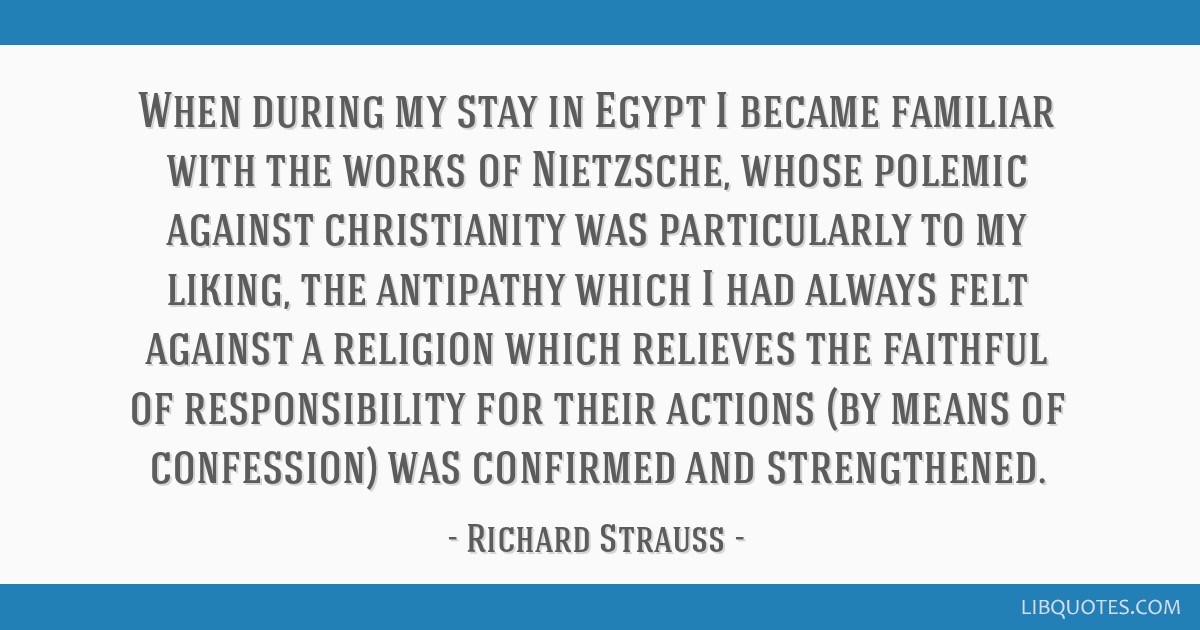 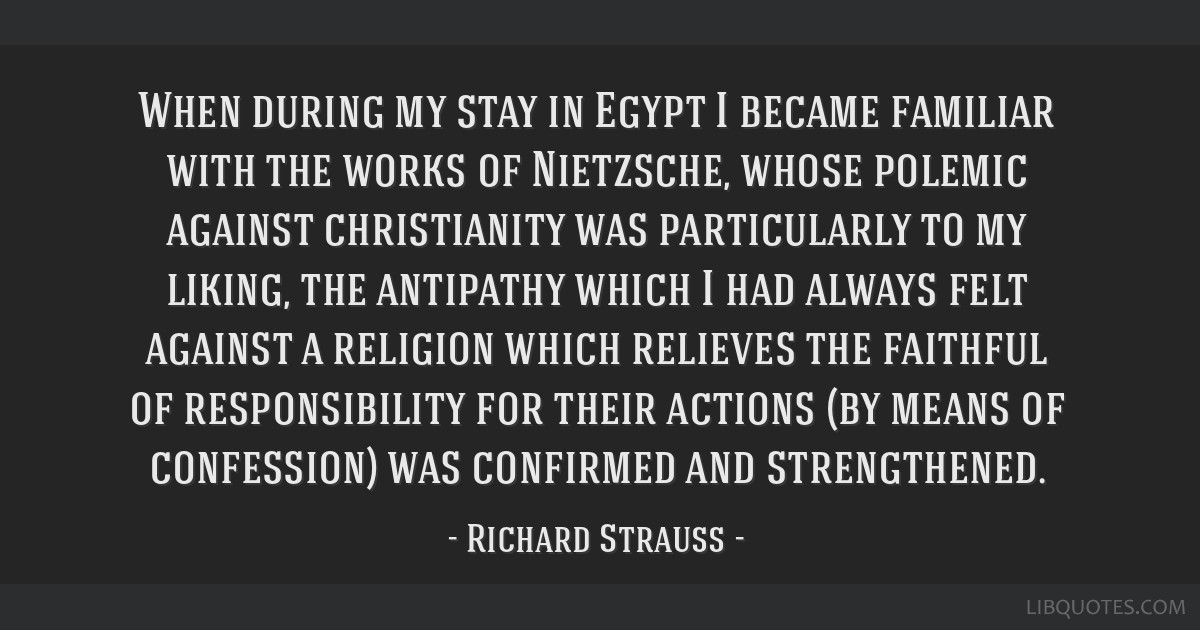 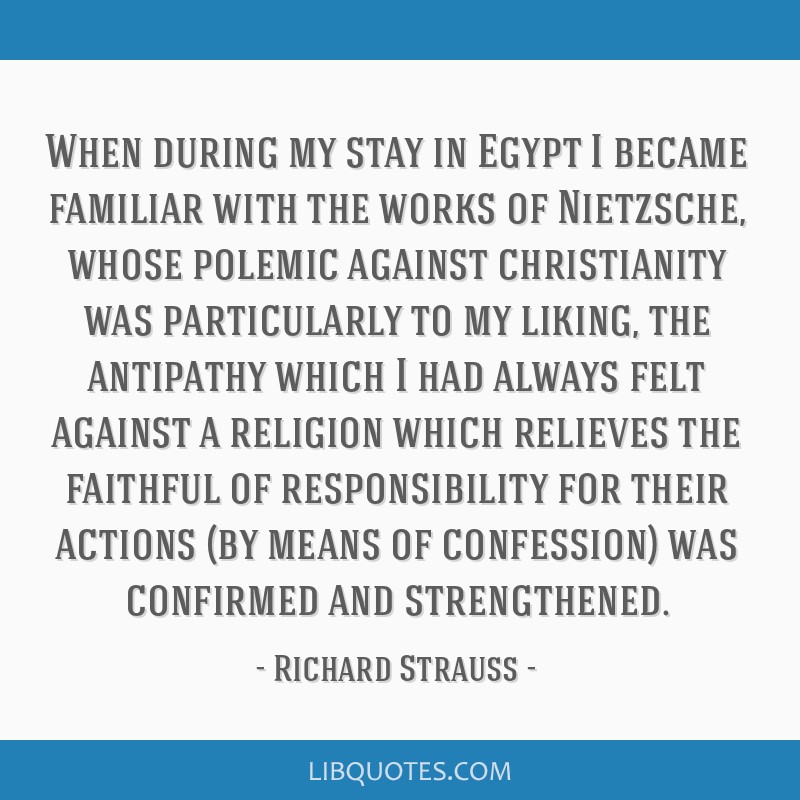 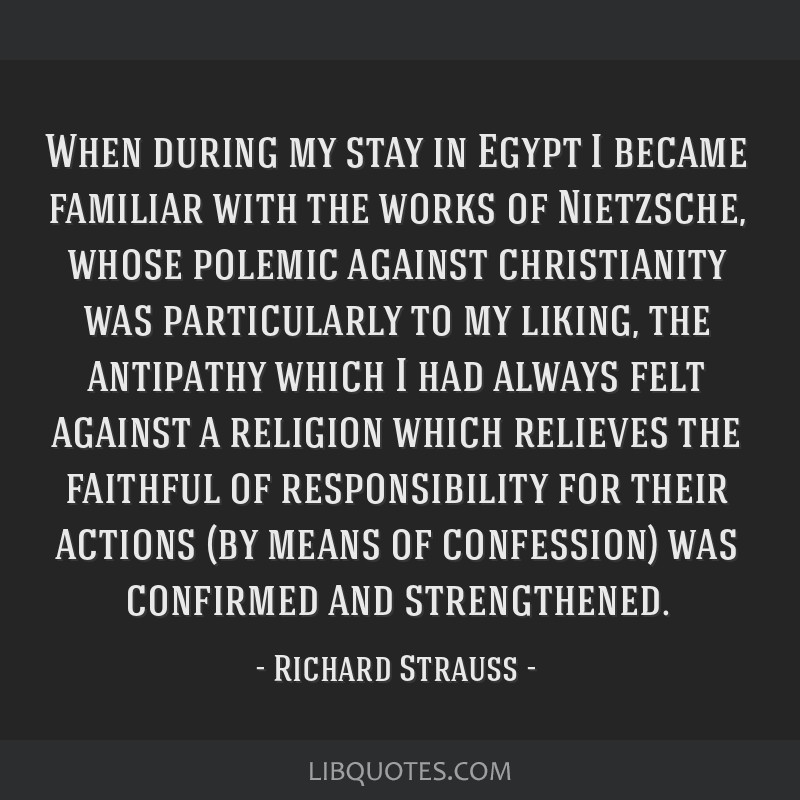 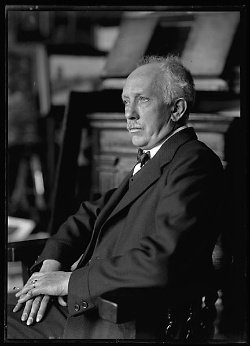