In Western Europe since Roman times, private property was considered sacrosanct. The principle enunciated by the Roman Stoic philosopher Seneca that kings rule by the will of the people became fundamental to Western civilization, together with private property, which was the main source of productive wealth.

Property and Freedom: The Inseparable Connection, speech at an Evenings at FEE event, October 2004. 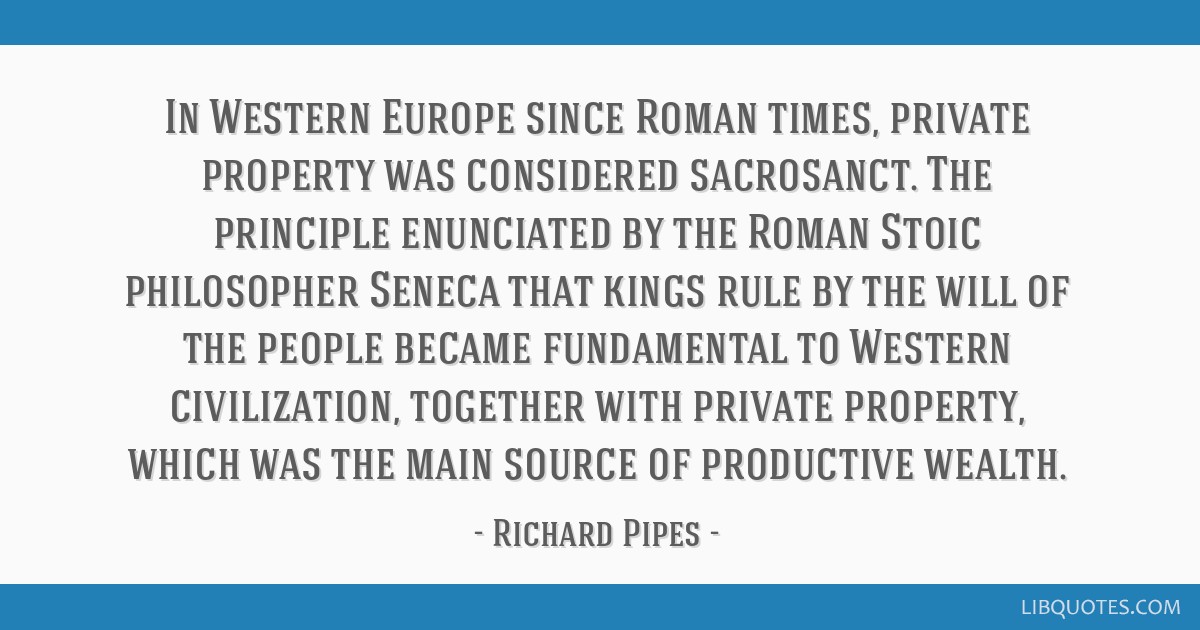 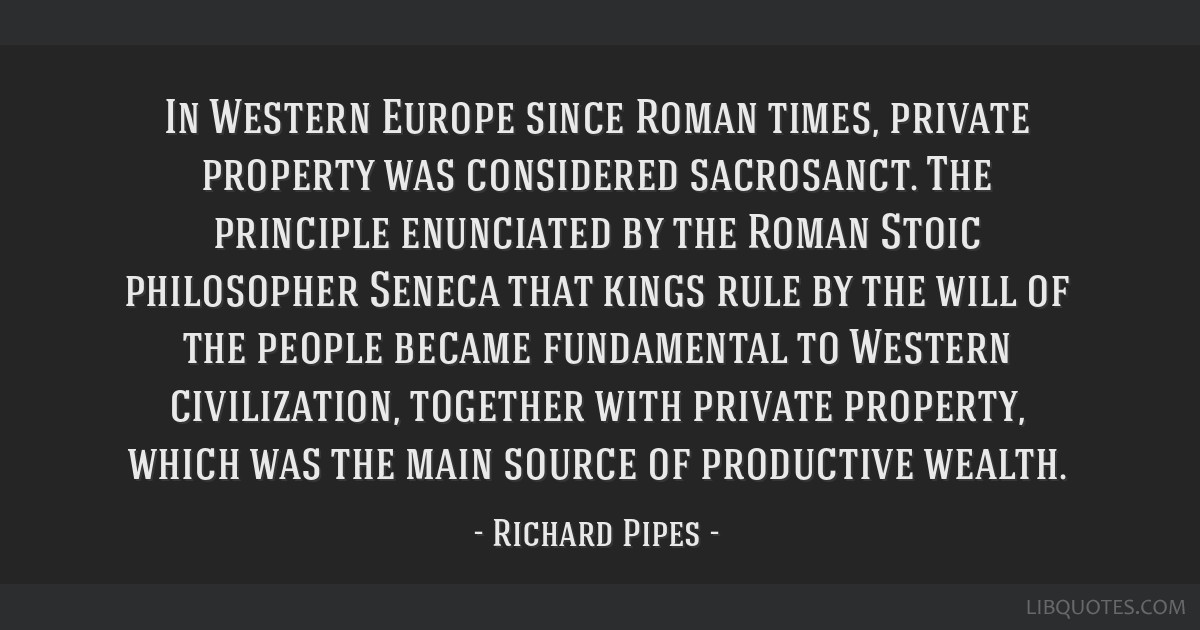 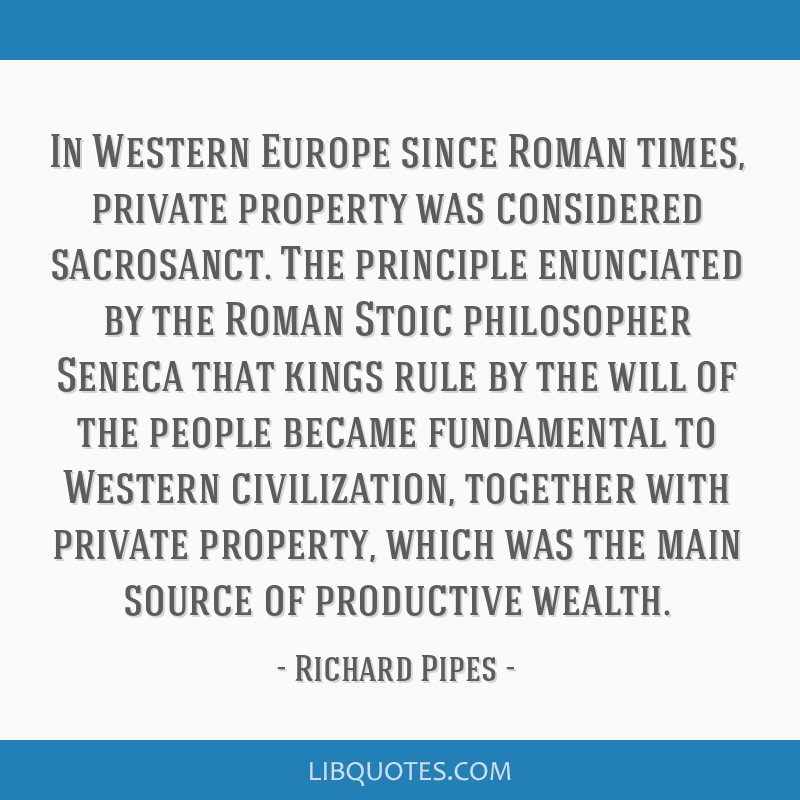 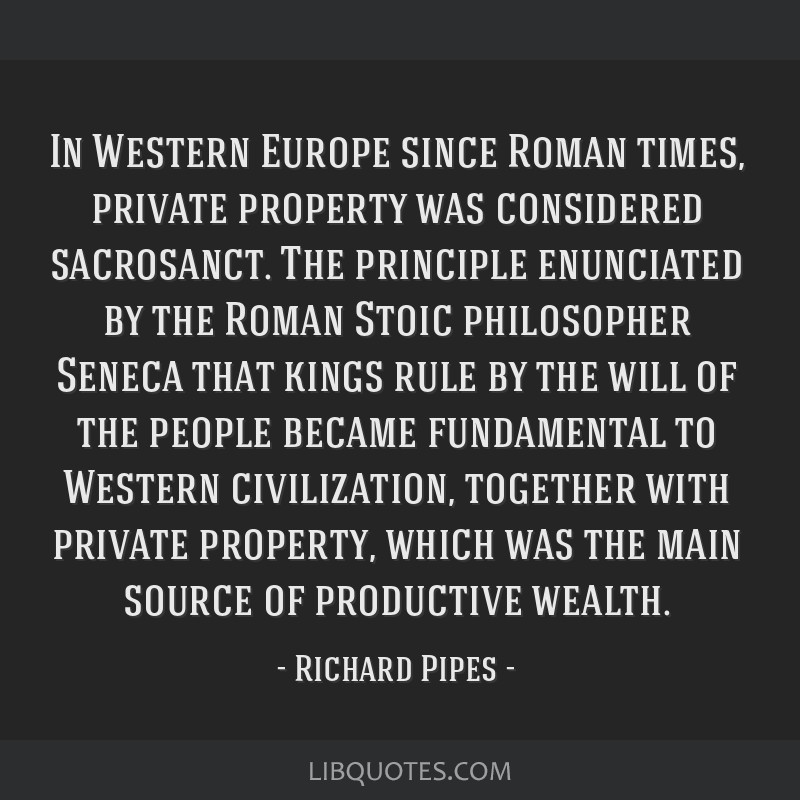