The Nazi appealed to the socialist traditions of German labor, declaring the worker 'a pillar of the community,' and the 'bourgeois'—along with the traditional aristocracy—a doomed class. Hitler, who told associates that he was a 'socialist,' had the party adopt the red flag and, on coming to power, declared May 1 a national holiday; Nazi Party members were ordered to address one another as 'comrades (Genossen). His conception of the part was, like Lenin's, that of a militant organization a Kampfbund, or 'Combat League.' 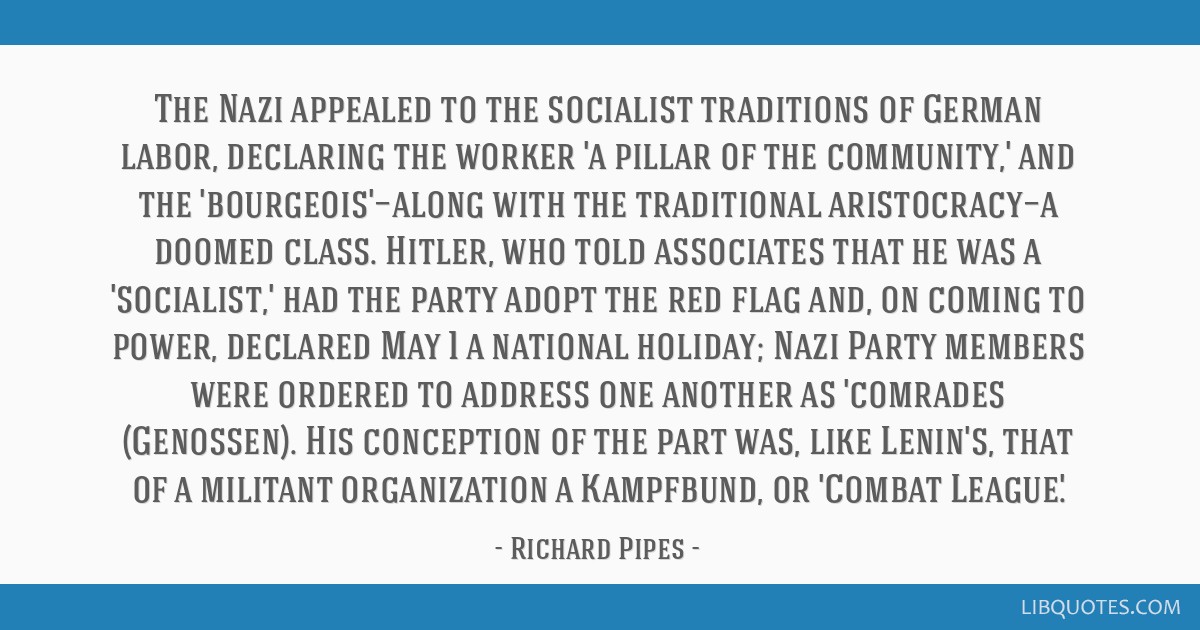 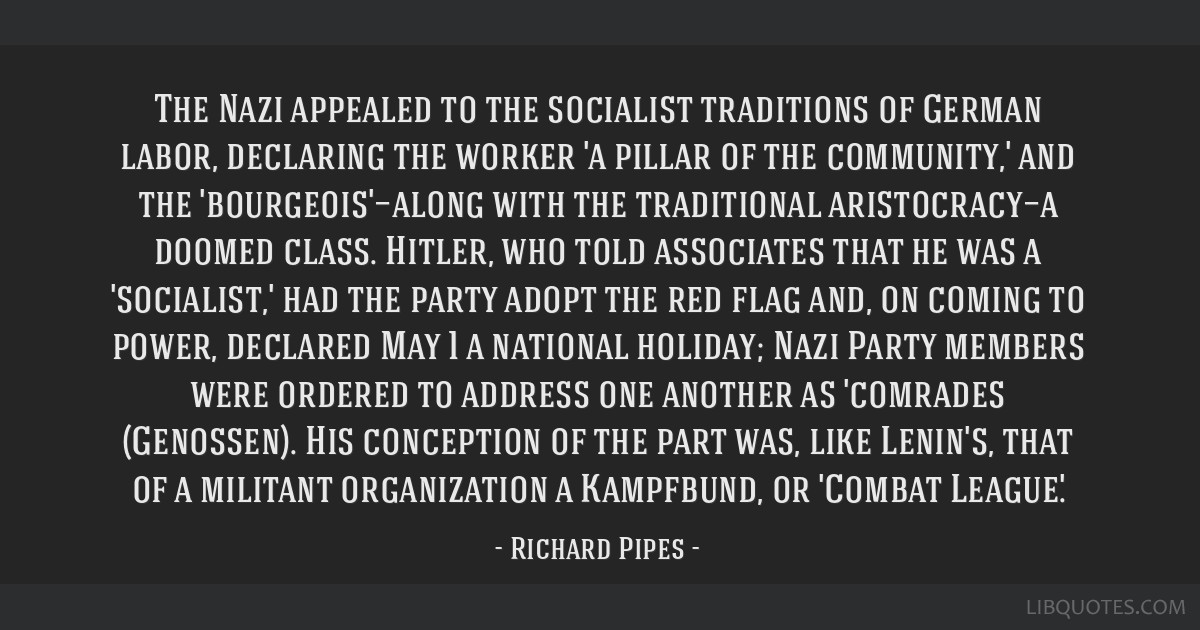 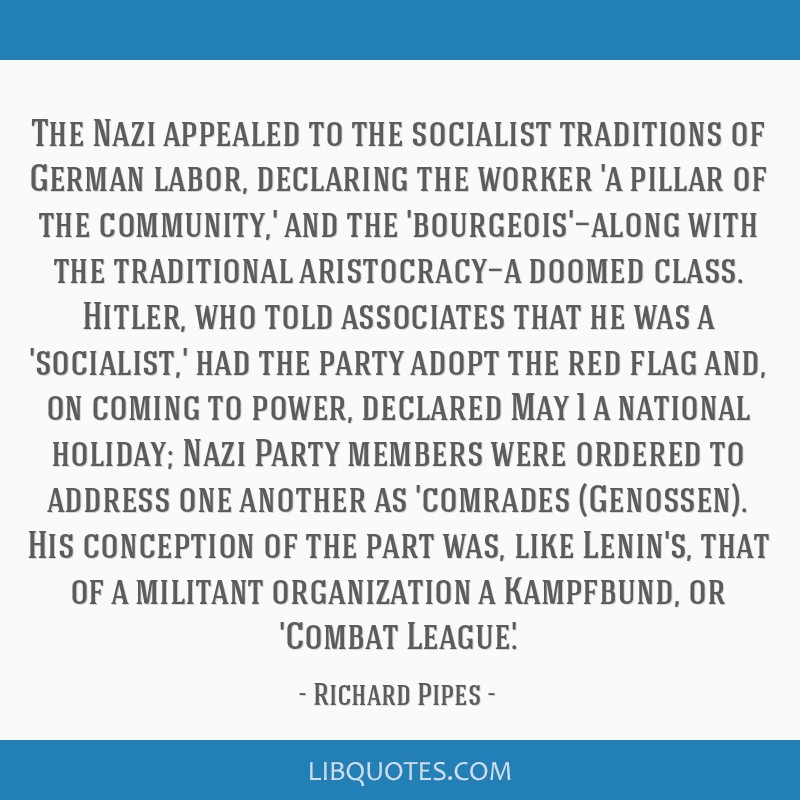 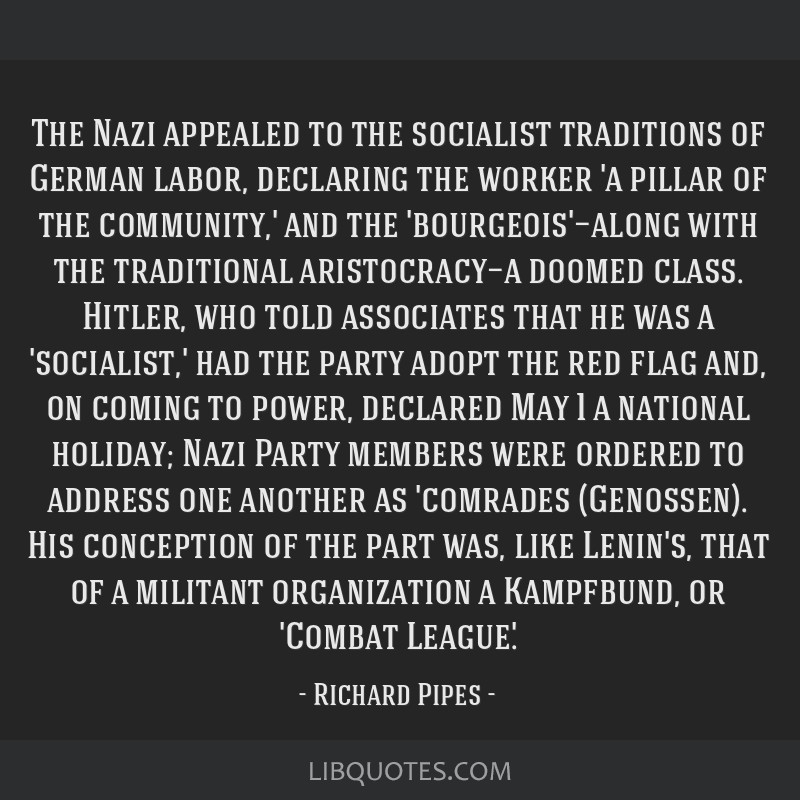