I think most Americans understood that the My Lai massacre was not representative of our people, of the war we were fighting, or of our men who were fighting it; but from the time it first became public the whole tragic episode was used by the media and the antiwar forces to chip away at our efforts to build public support for our Vietnam objectives and policies.

As quoted in Convergences (2005) [second edition] by Robert Atwan 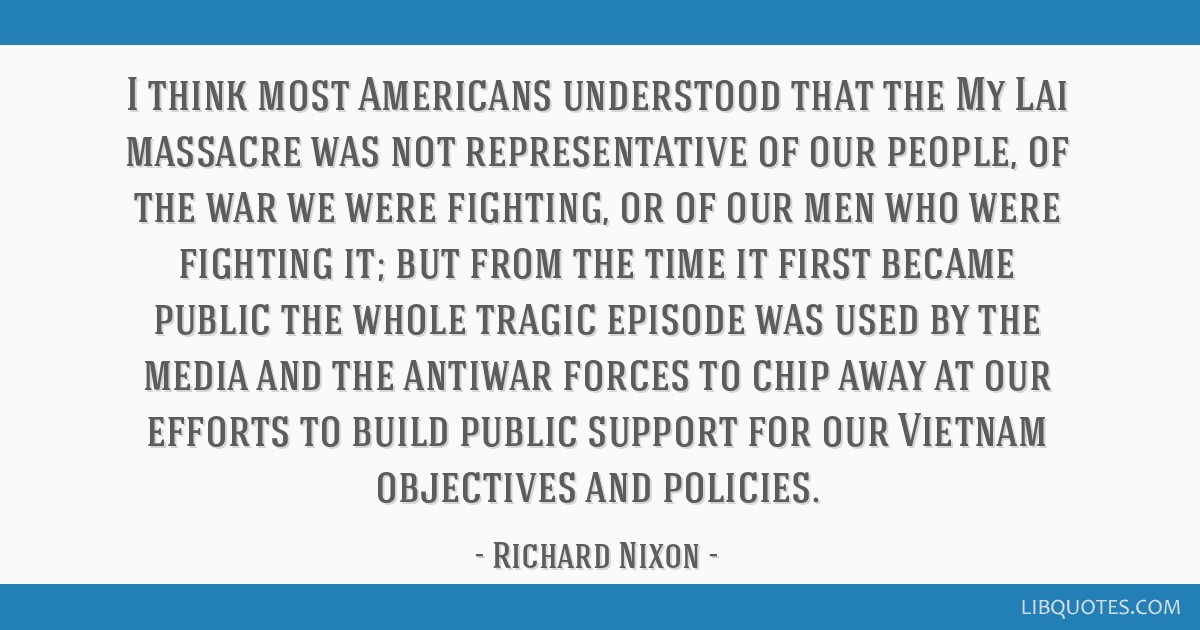 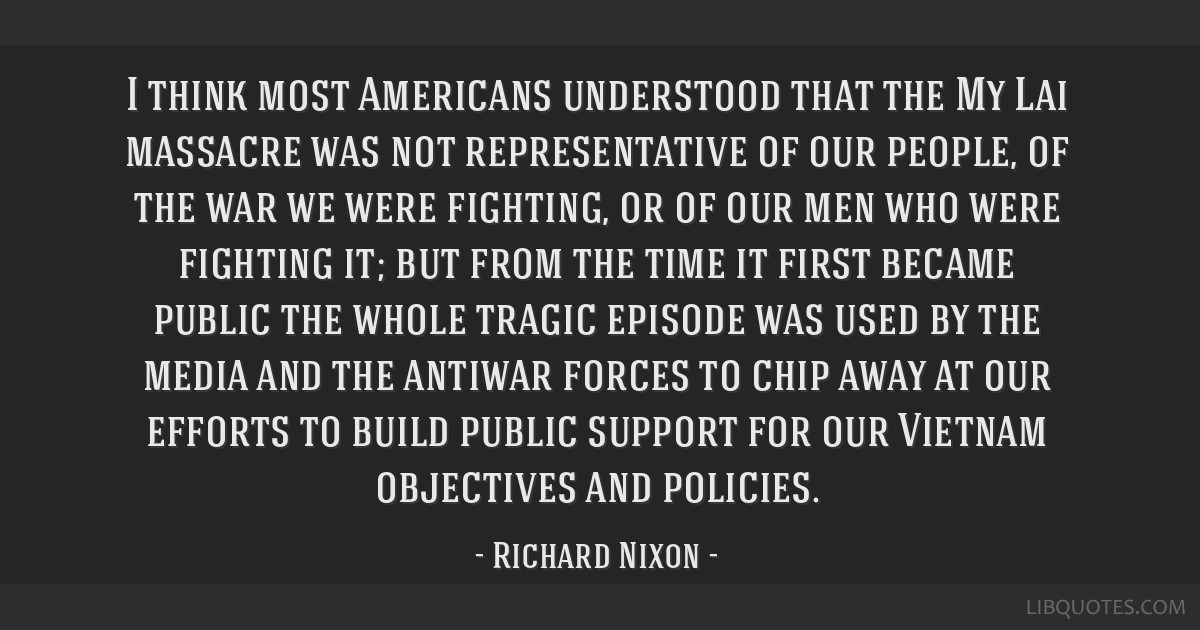 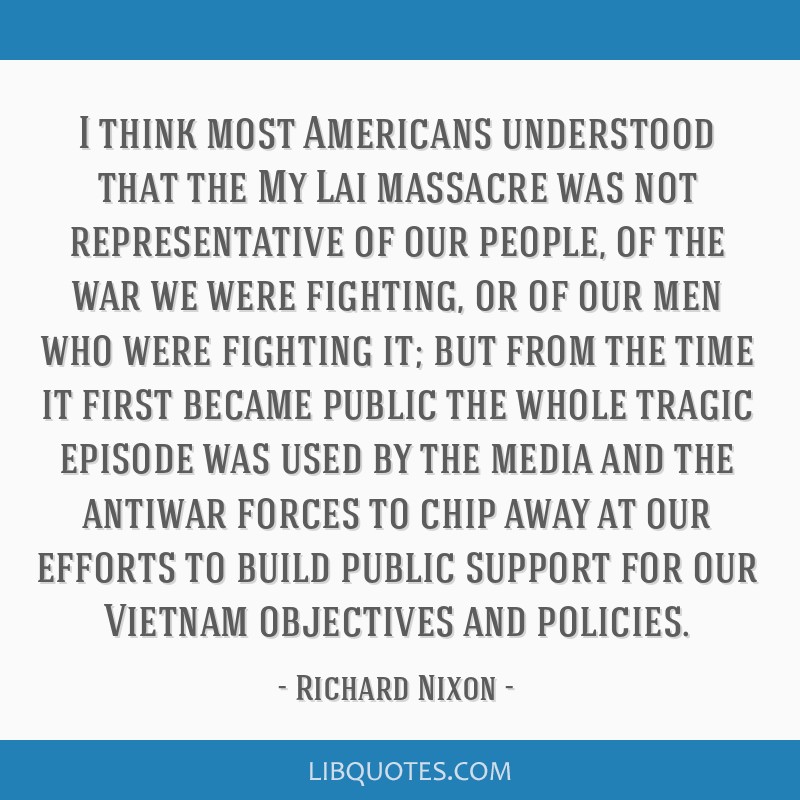 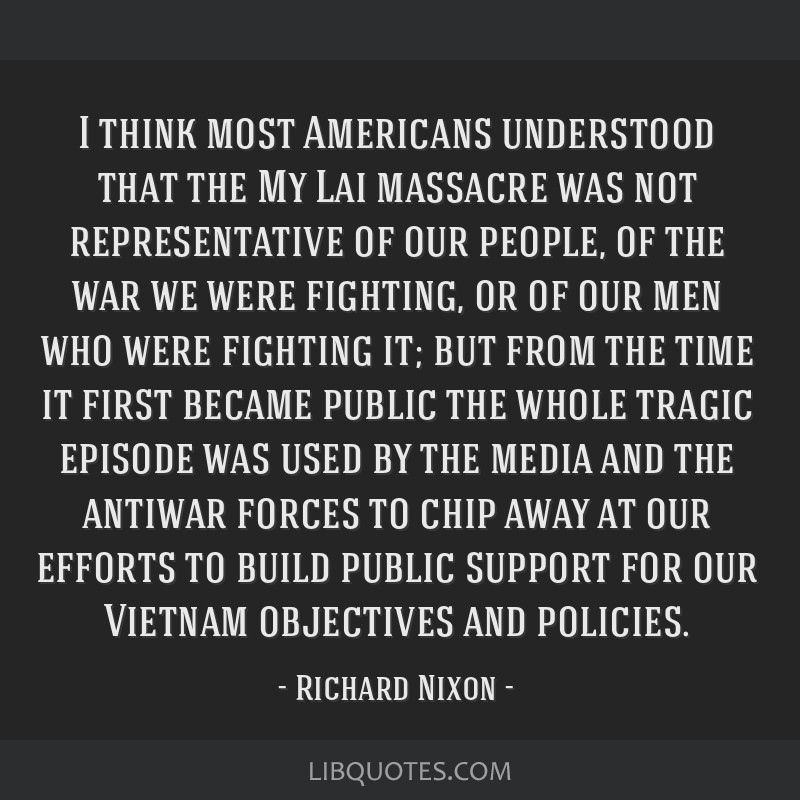