Nixon: I still think we ought to take the North Vietnamese dikes out now. Will that drown people?
Kissinger: About two hundred thousand people.
Nixon: No, no, no, I'd rather use the nuclear bomb. Have you got that, Henry?
Kissinger: That, I think, would just be too much.
Nixon: The nuclear bomb, does that bother you?. I just want you to think big, Henry, for Christsakes.

In conversation with Henry Kissinger regarding Vietnam, as quoted in Secrets: A Memoir of Vietnam and the Pentagon Papers. (2002) by Daniel Ellsberg p. 418 ISBN 0-670-03030-9 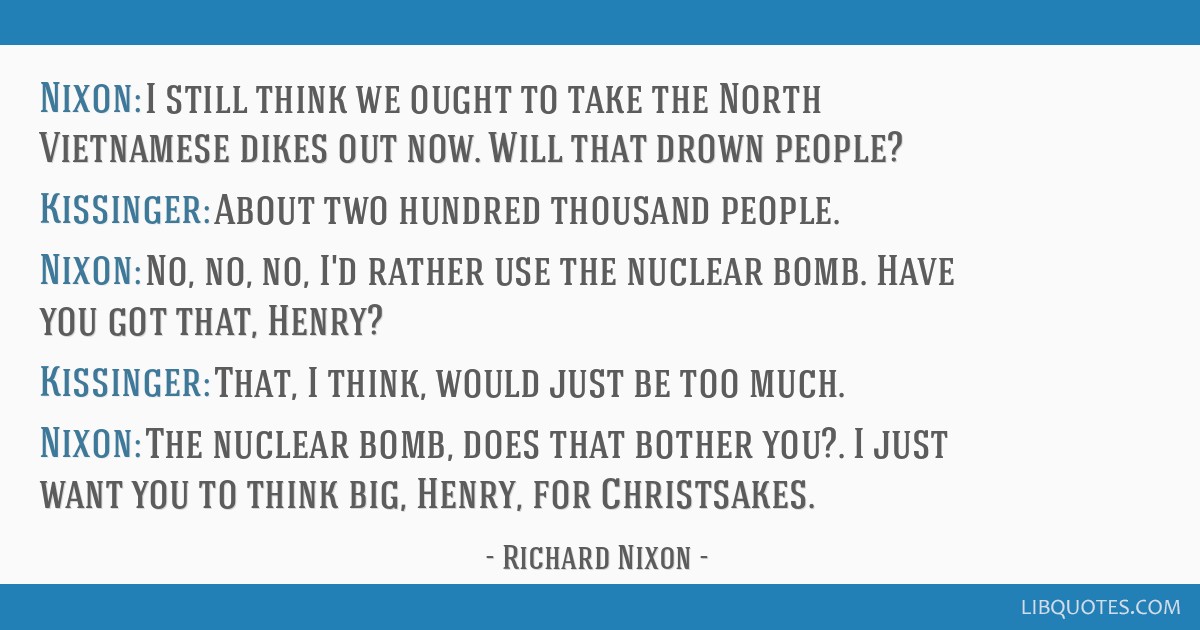 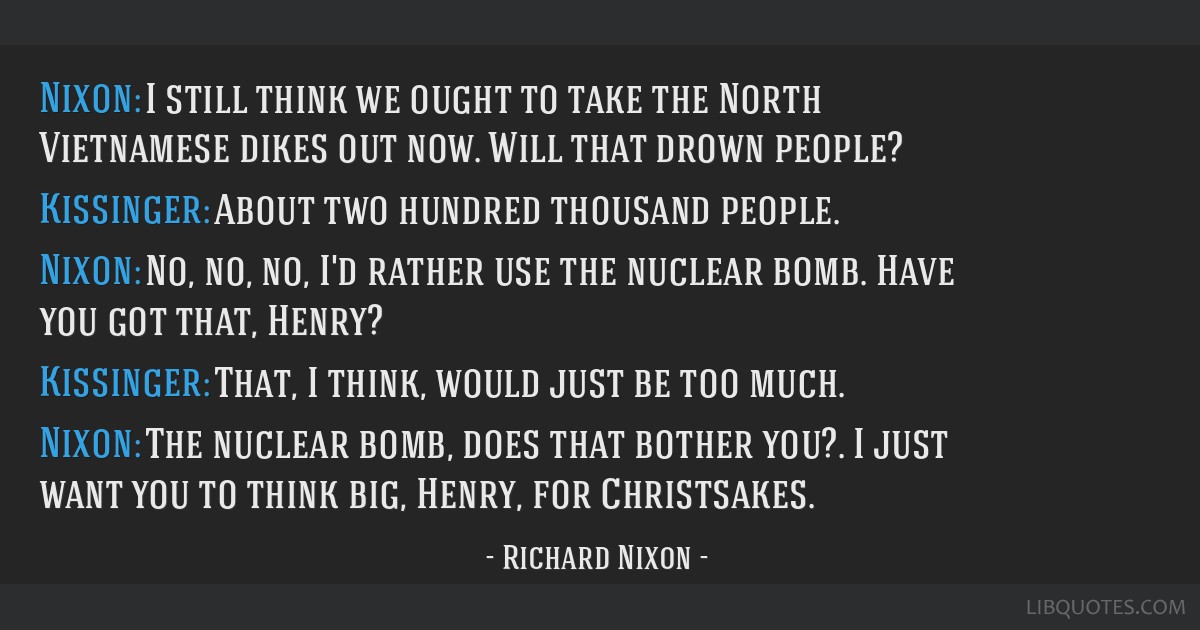 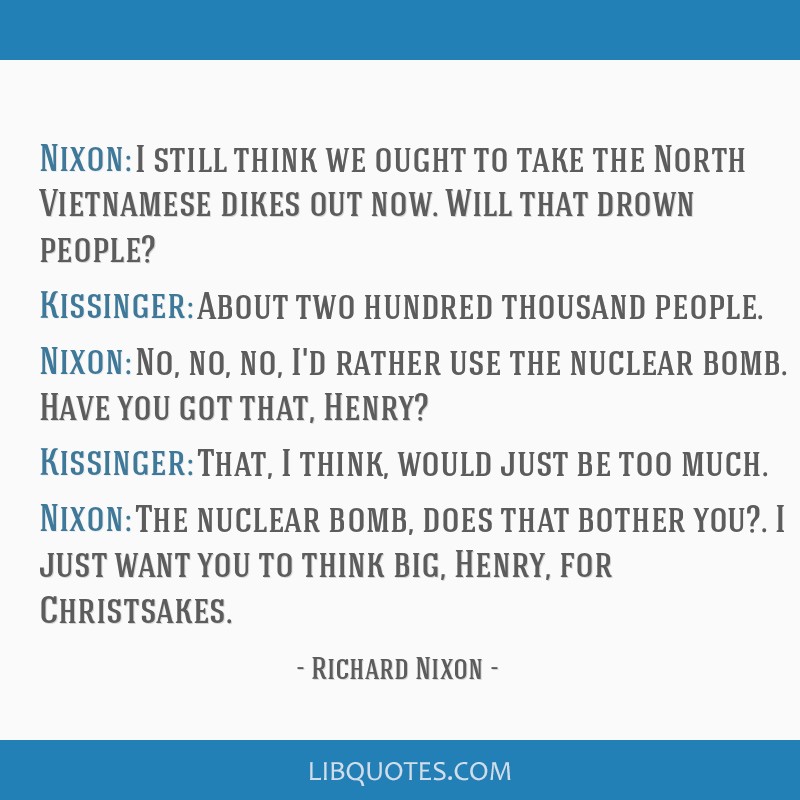 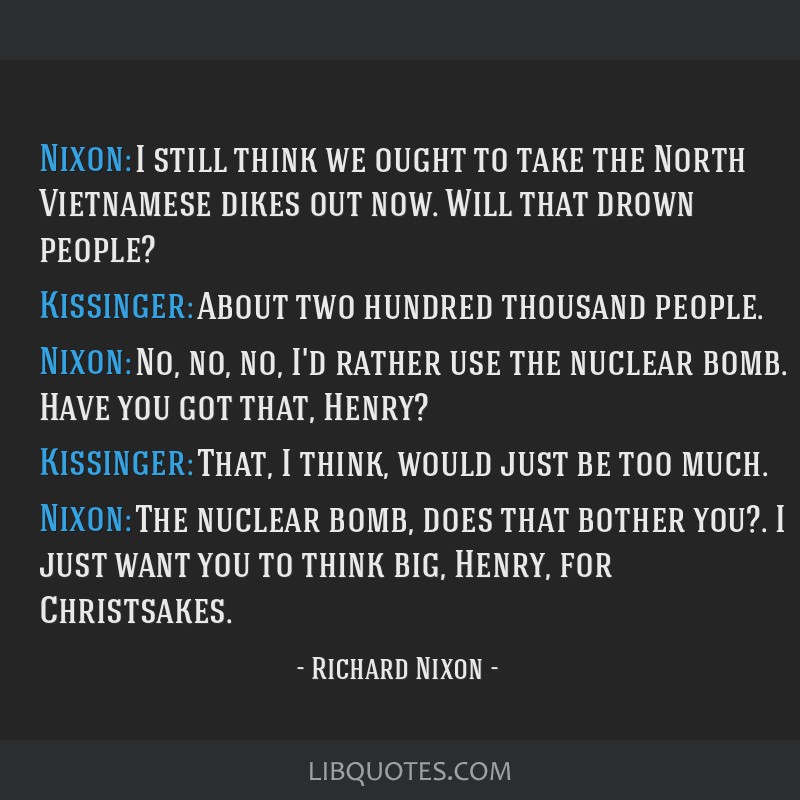