Now, some may ask why we don't get rid of the bases, since the Soviet Government declares today that it has only peaceful intentions. The answer is that whenever the fear and suspicions that caused us and our Allies to take measures for collective self-defense are removed, the reason for our maintaining bases will be removed. In other words, the only possible solution of this problem lies in mutual, rather than unilateral action leading toward disarmament. 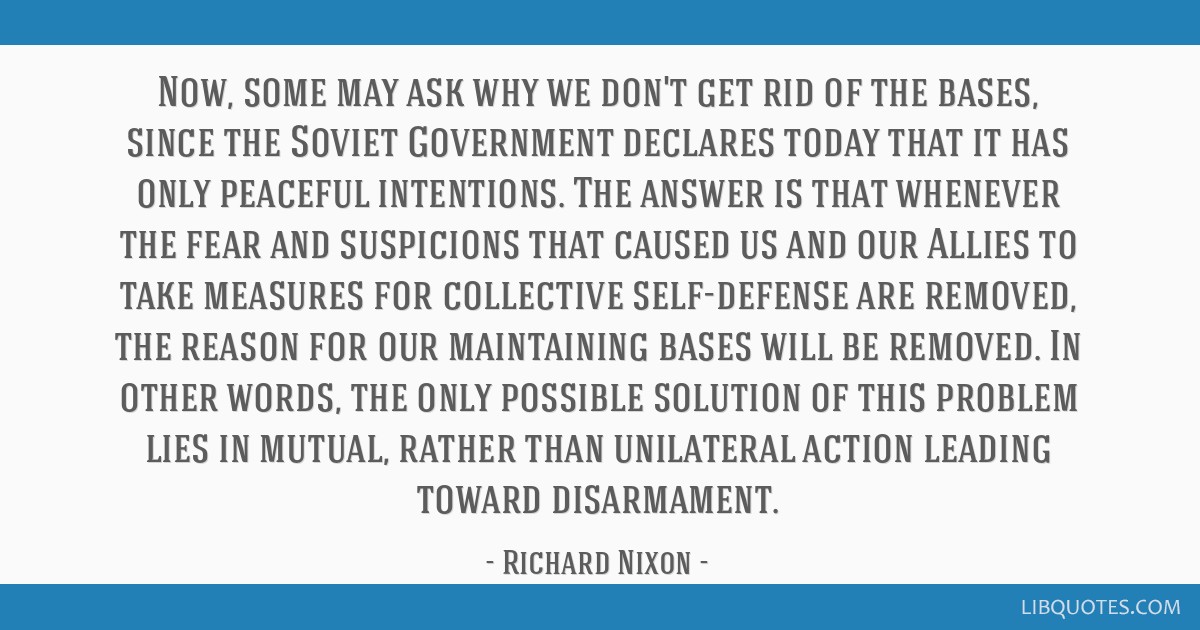 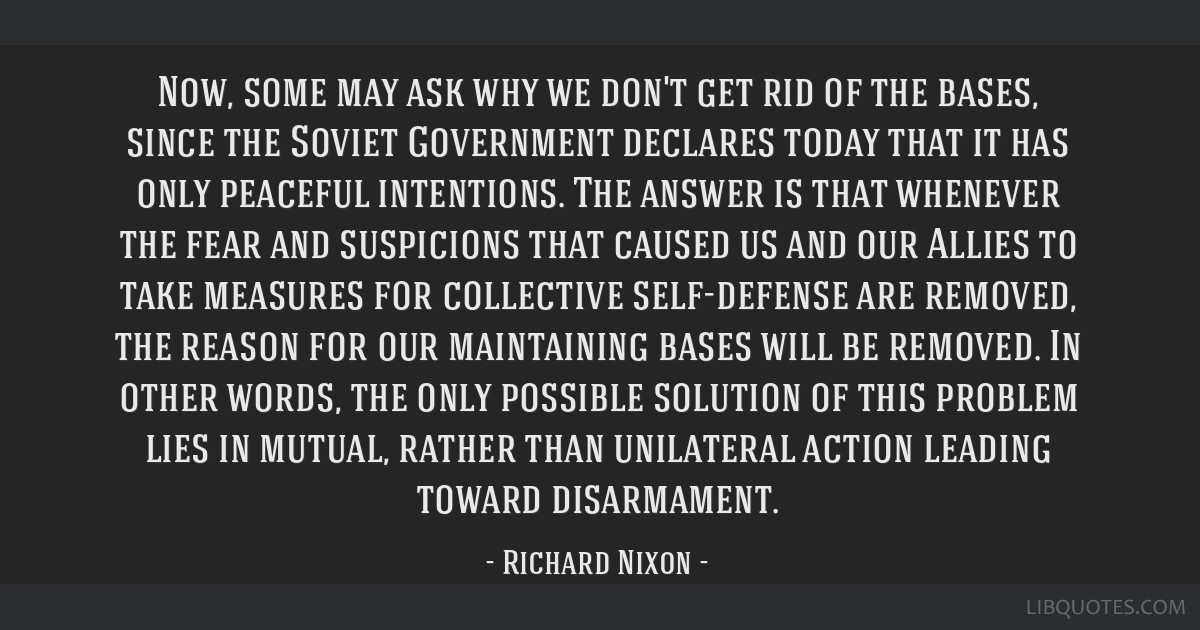 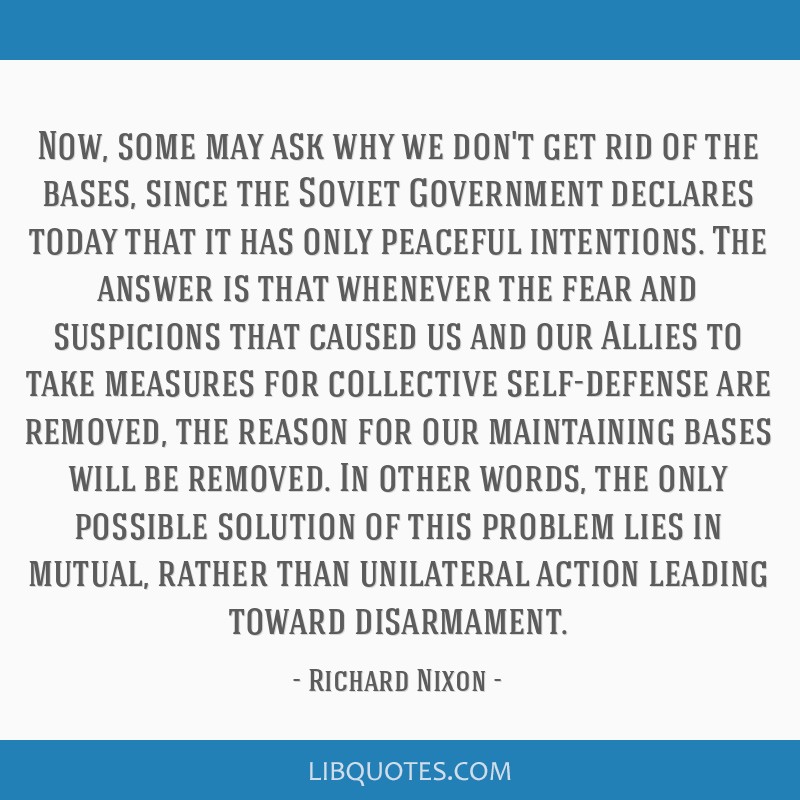 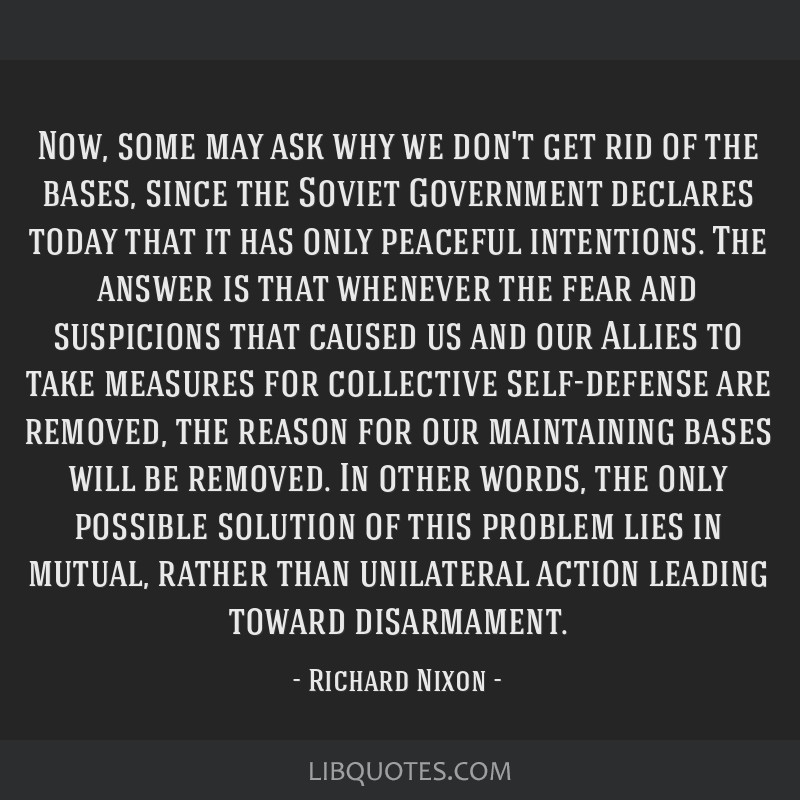