When I spoke at the St. Lawrence Seaway ceremonies in 1969, I borrowed some words from the monument there which I had joined Queen Elizabeth in dedicating just 10 years before. That monument, as its inscription puts it, 'bears witness to the common purpose of two nations whose frontiers are the frontiers of friendship, whose ways are the ways of freedom, whose works are the works of peace'. 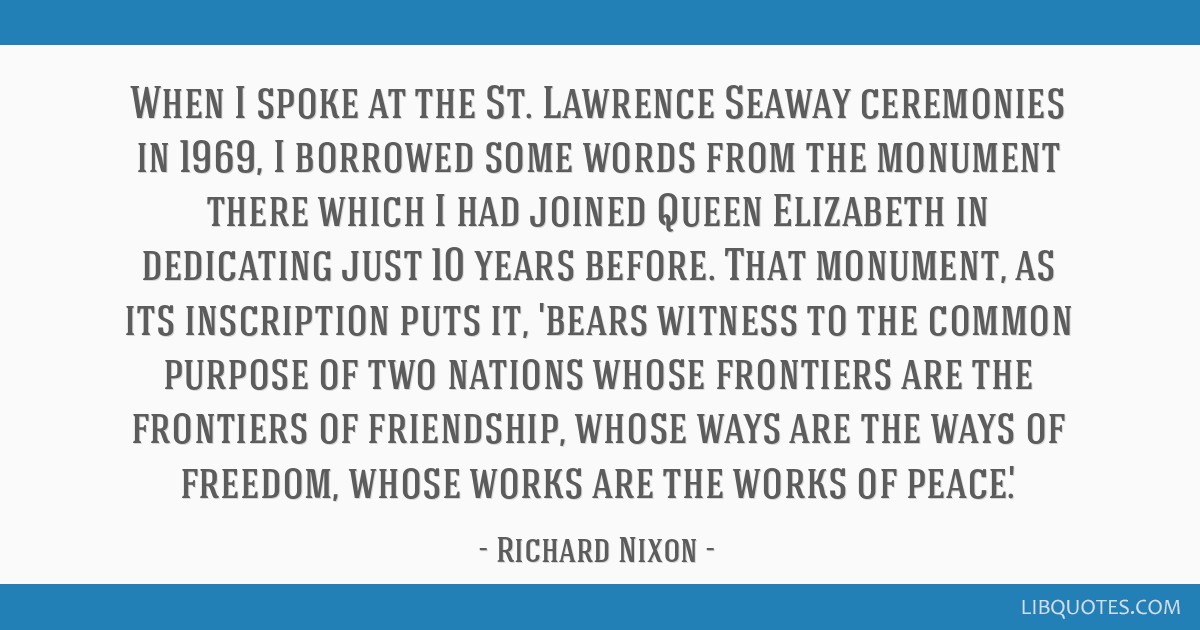 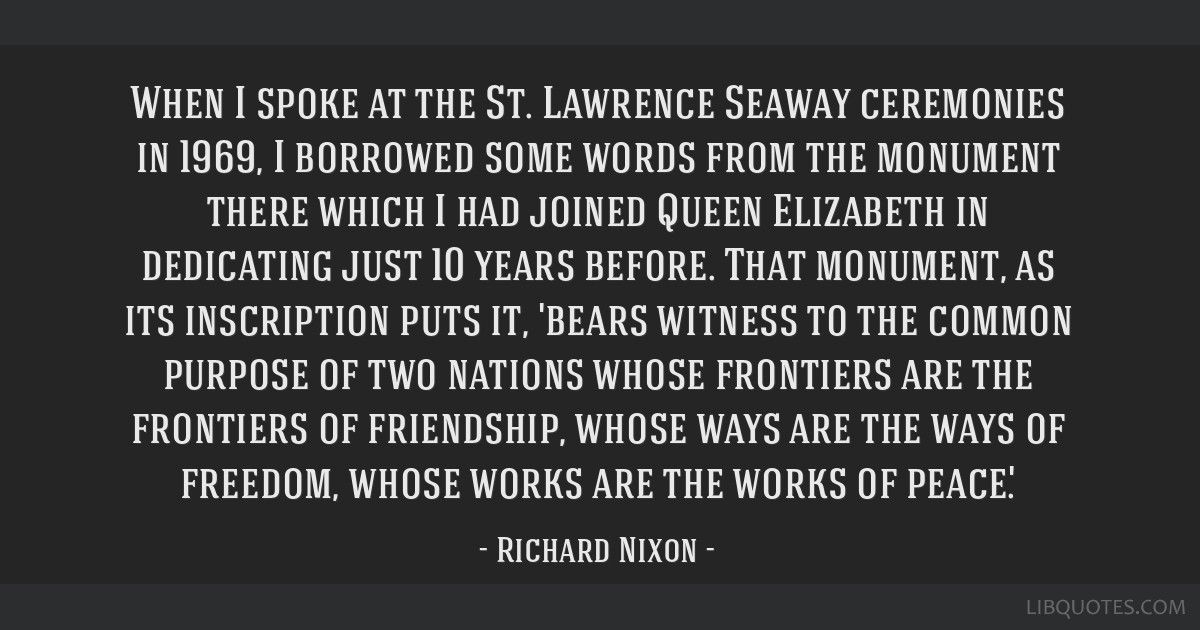 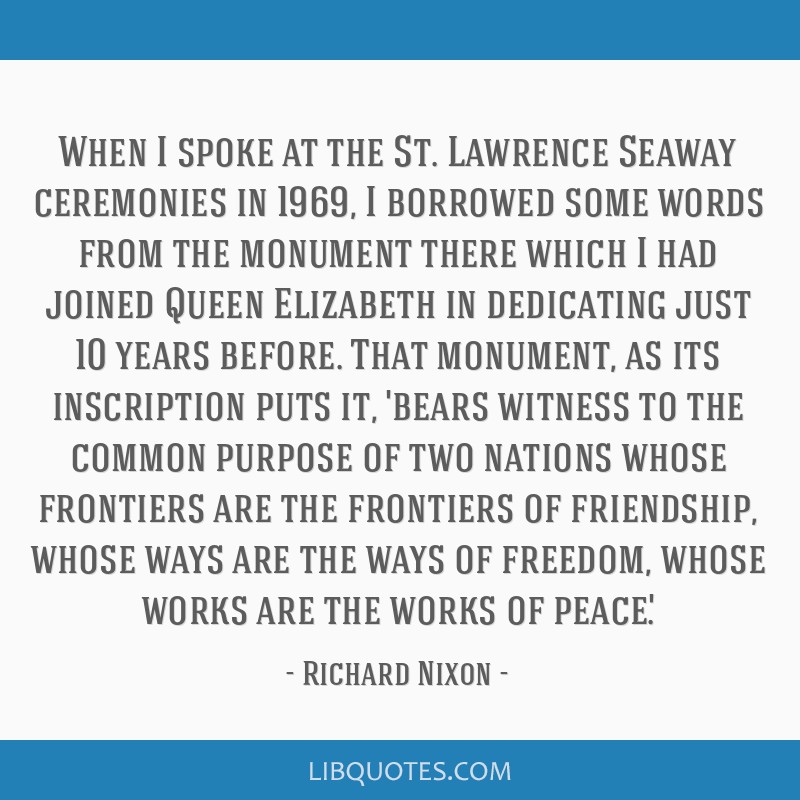 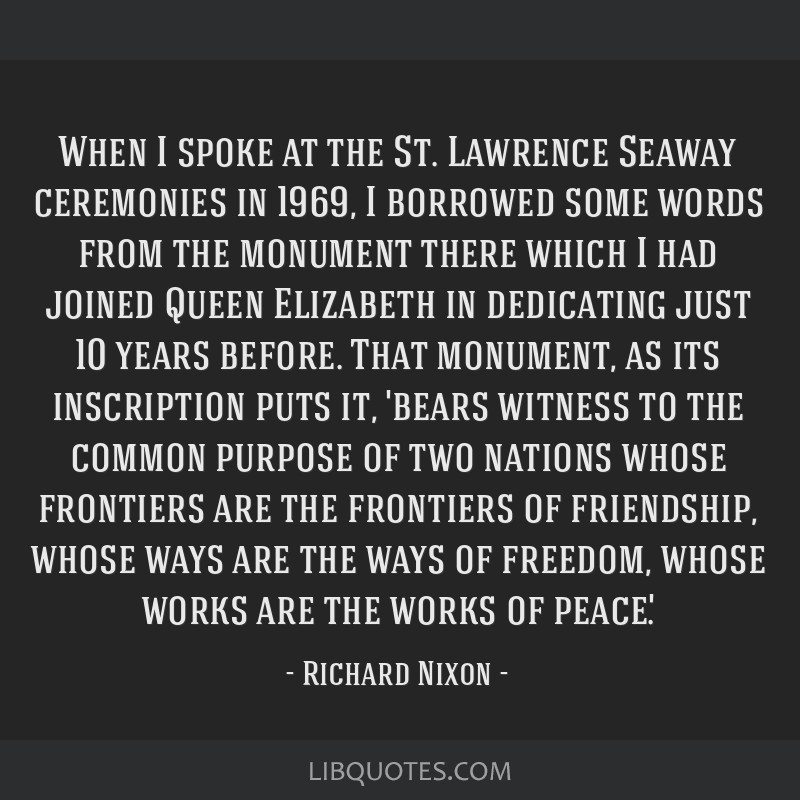