Let historians not record that when America was the most powerful nation in the world we passed on the other side of the road and allowed the last hopes for peace and freedom of millions of people to be suffocated by the forces of totalitarianism. And so tonightto you, the great silent majority of my fellow AmericansI ask for your support. 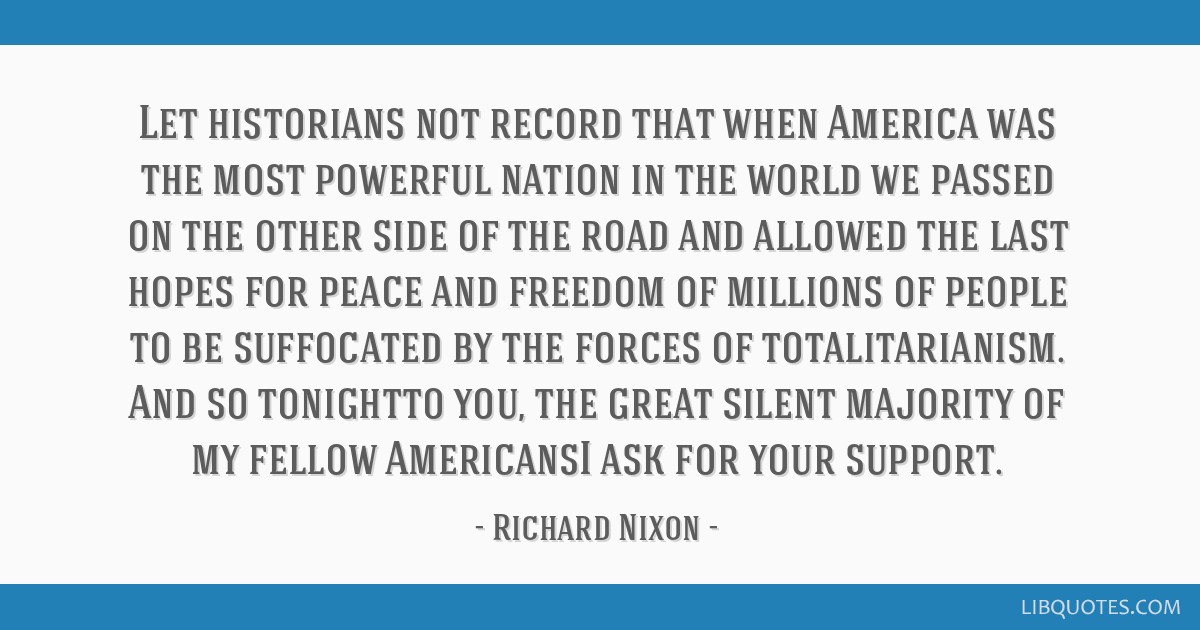 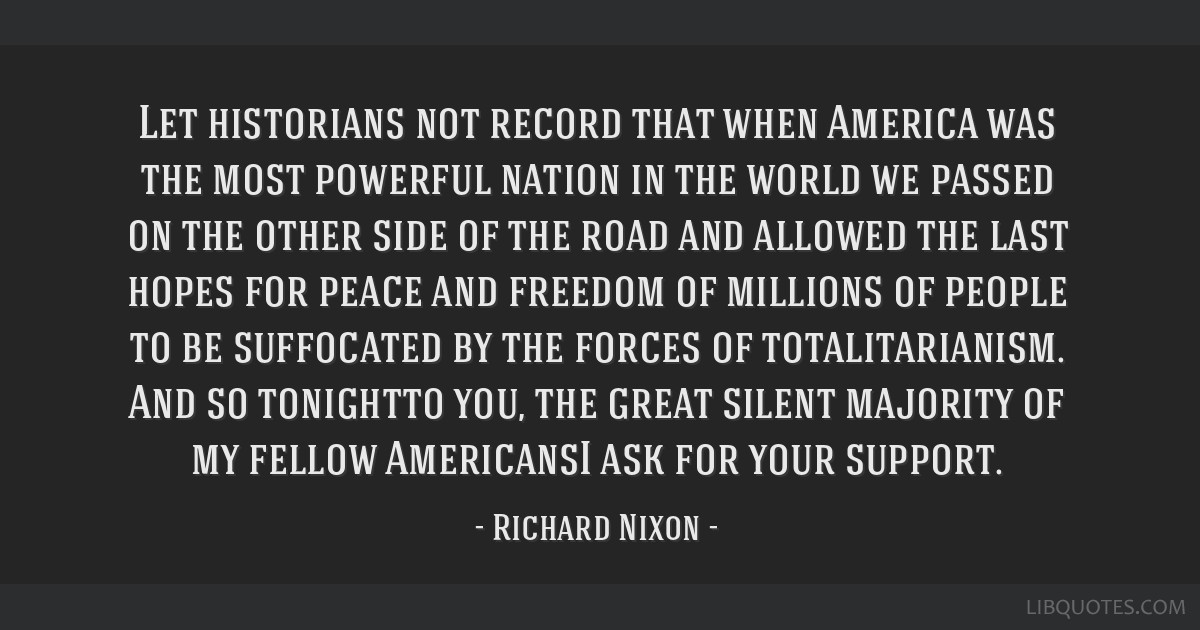 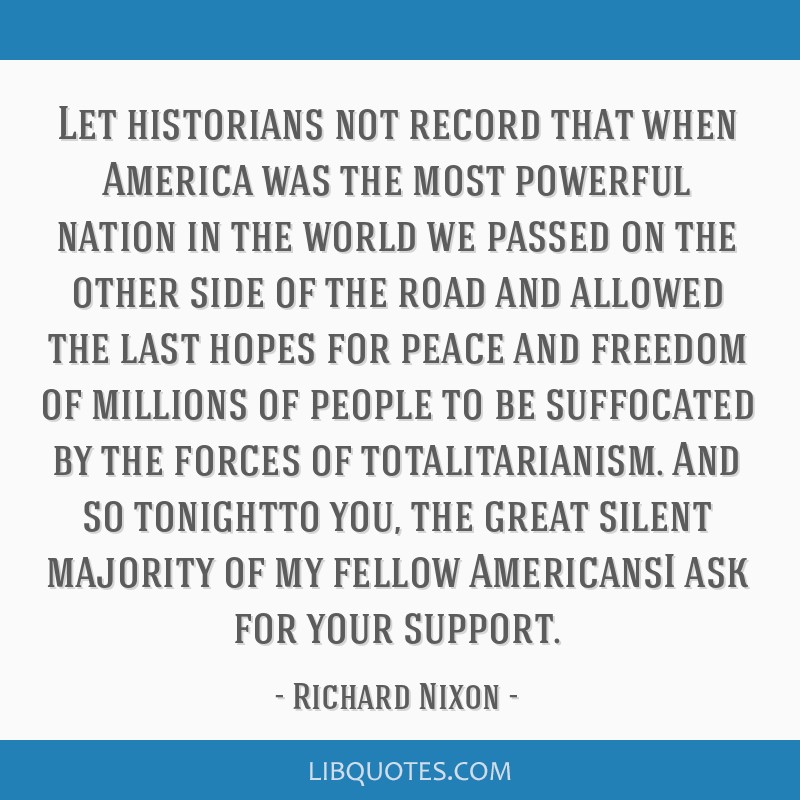 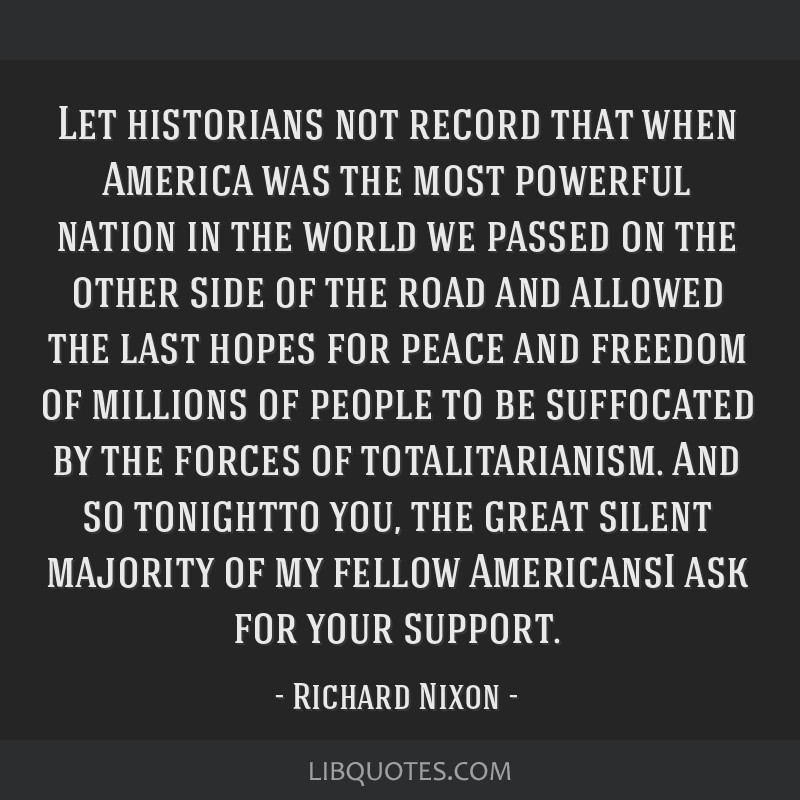