I call it the Madman Theory, Bob. I want the North Vietnamese to believe I've reached the point where I might do anything to stop the war. We'll just slip the word to them that, for God's sake, you know Nixon is obsessed about Communism. We can't restrain him when he's angry and he has his hand on the nuclear button and Ho Chi Minh himself will be in Paris in two days begging for peace. 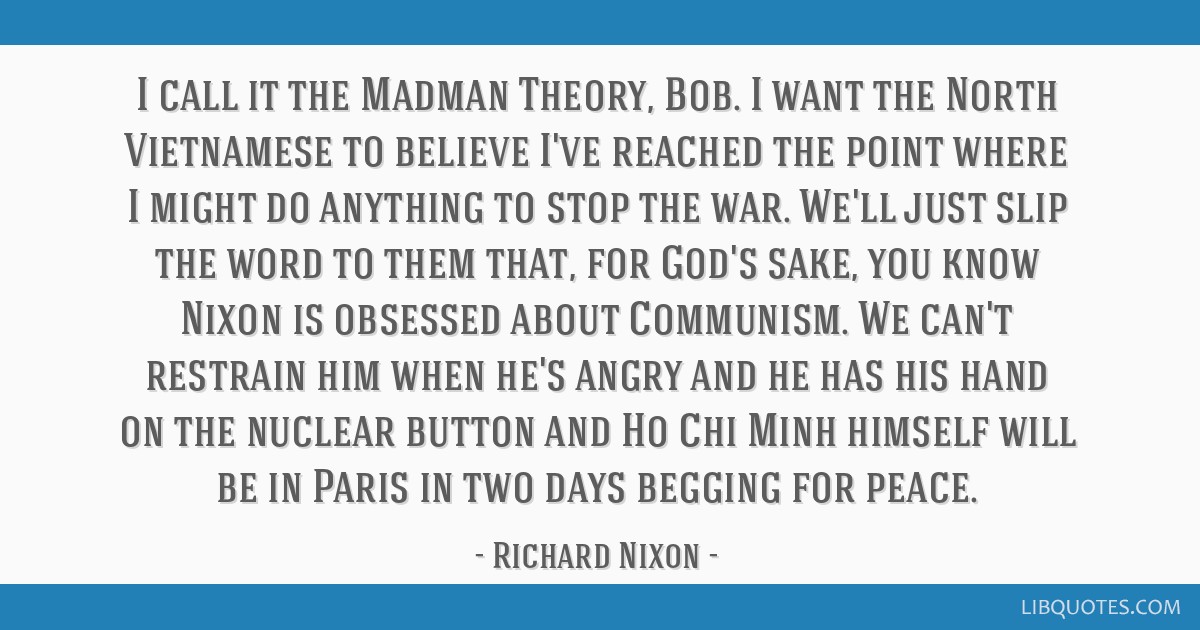 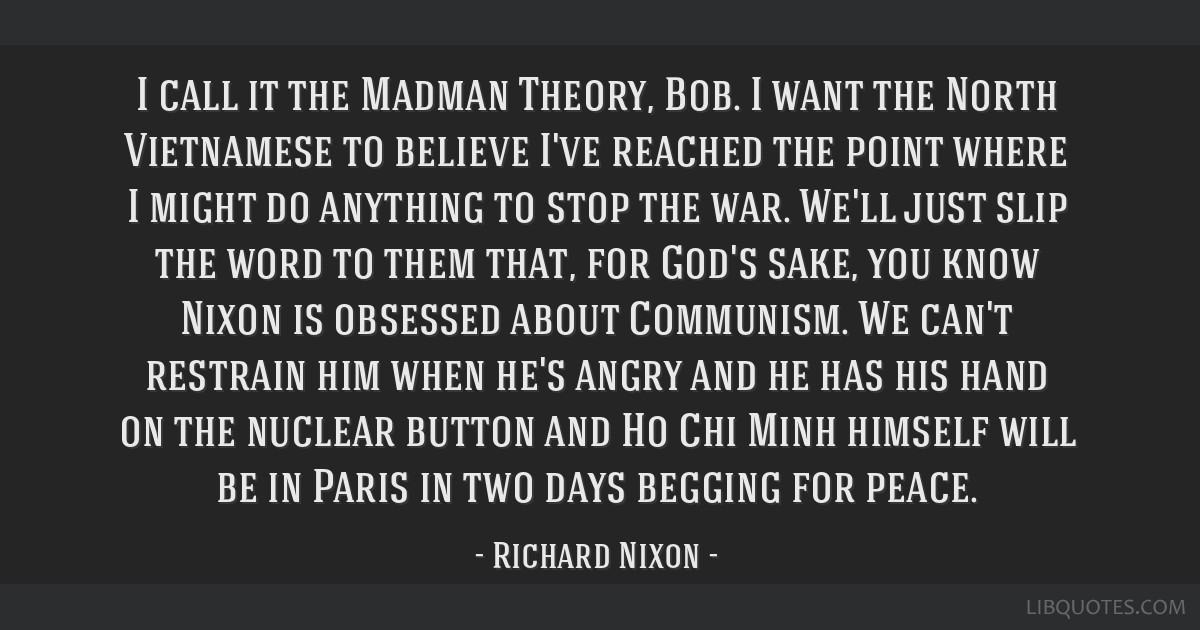 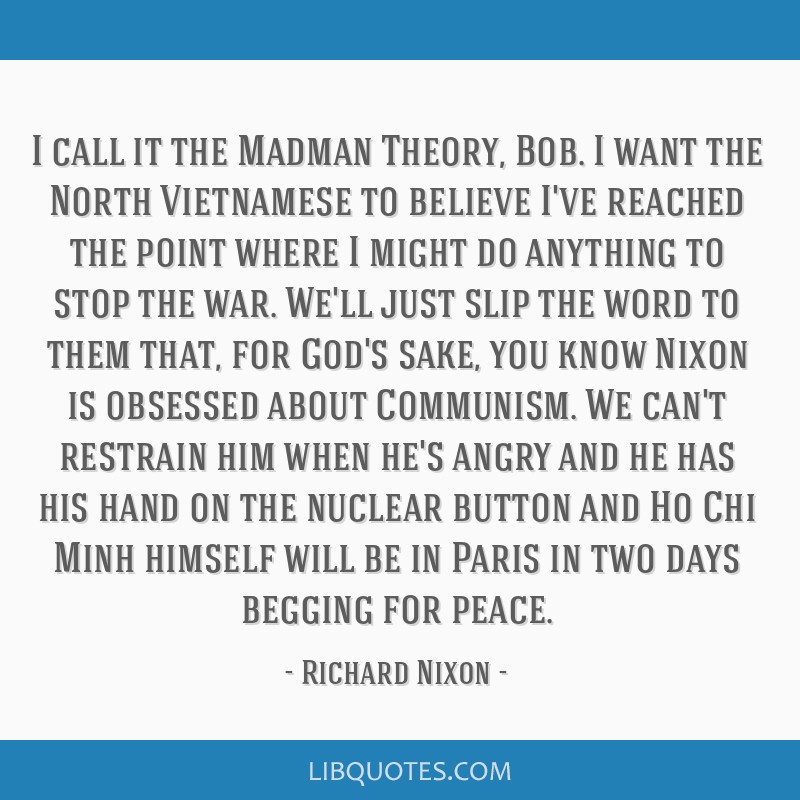 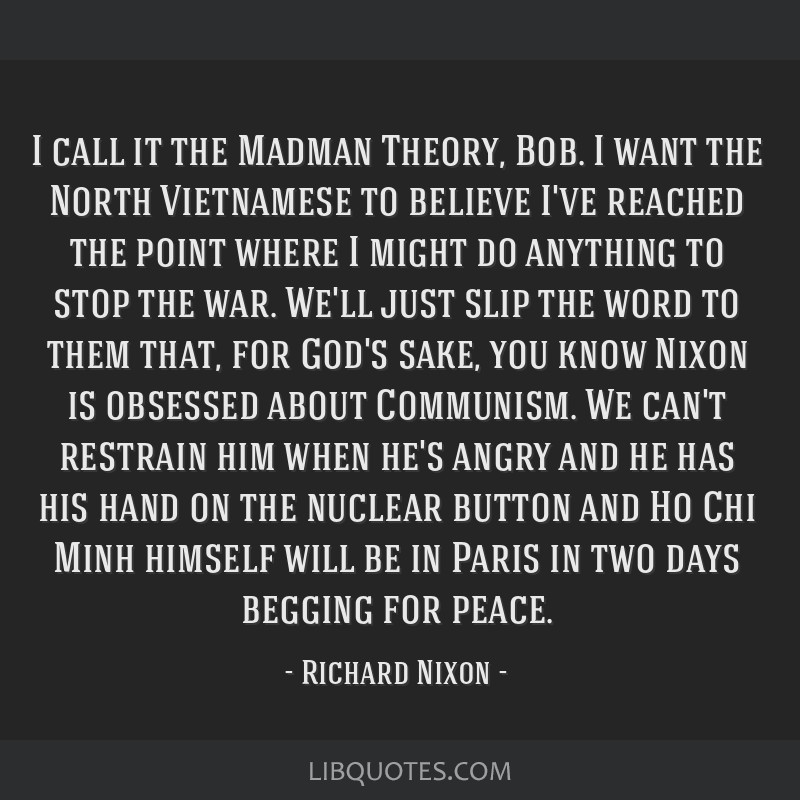