All through the night, like the tumult of a river when it races between the cliffs of a canyon, in my sleep I could hear the steady roar of the passing army.

Richard Harding Davis
The marines have landed and the situation is well in hand. 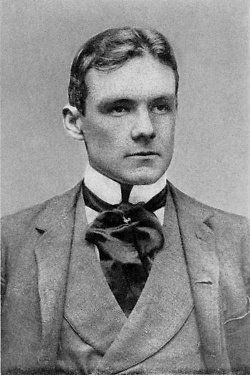