The great Jewish hoax about millions of God's Chosen People whom the Germans supposedly exterminated seems to have been devised late in 1942, when it was claimed that in the autumn of that year the Germans had murdered two millions of the Holy Race in various ways. By 1943, the number had been increased to six million, and to keep up the progression, it was later increased to 40,000,000, which was seen to be so preposterous that it was reduced to 12,000,000, and at the end of the Crusade to Save the Soviet, the figure of six million was taken as the largest that could impose on the gullible goyim. 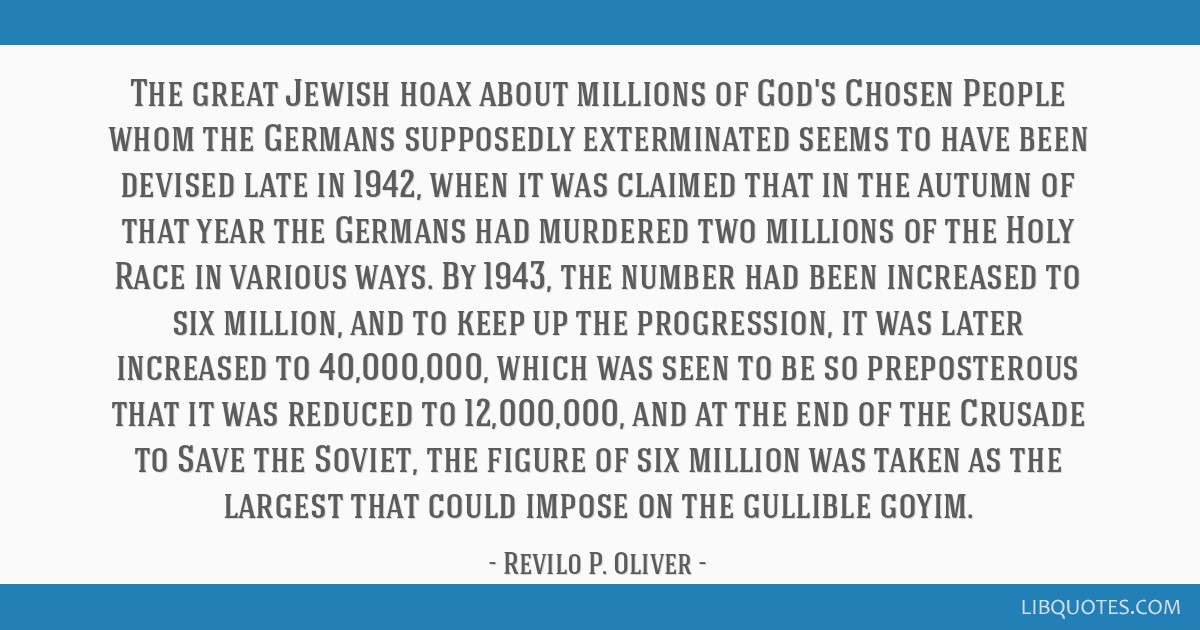 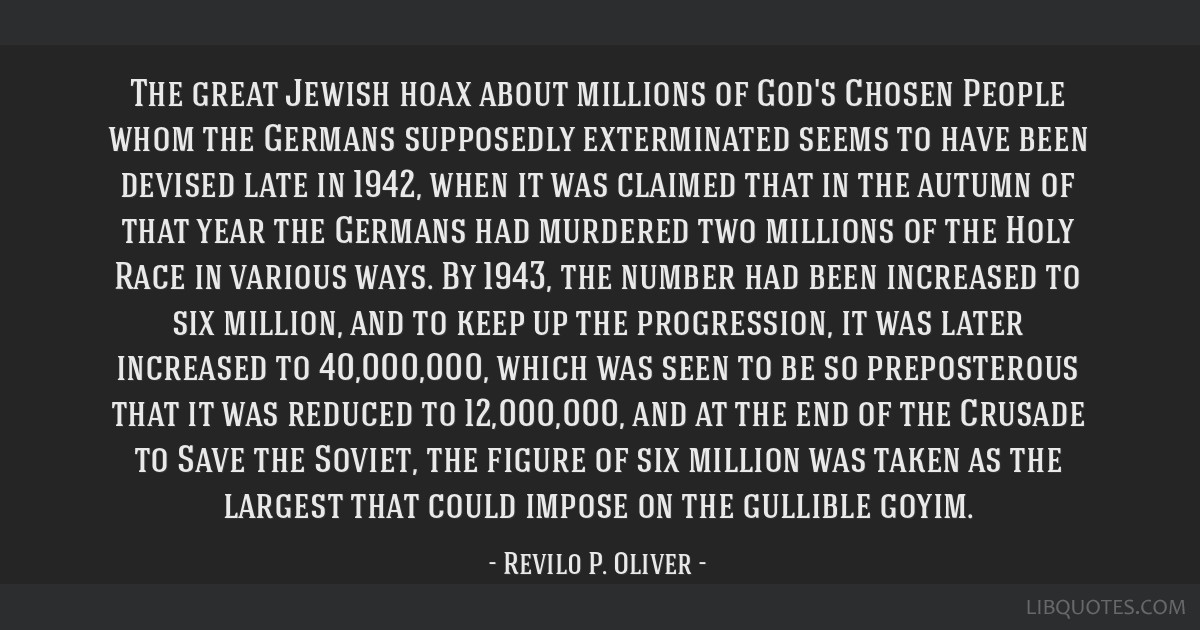 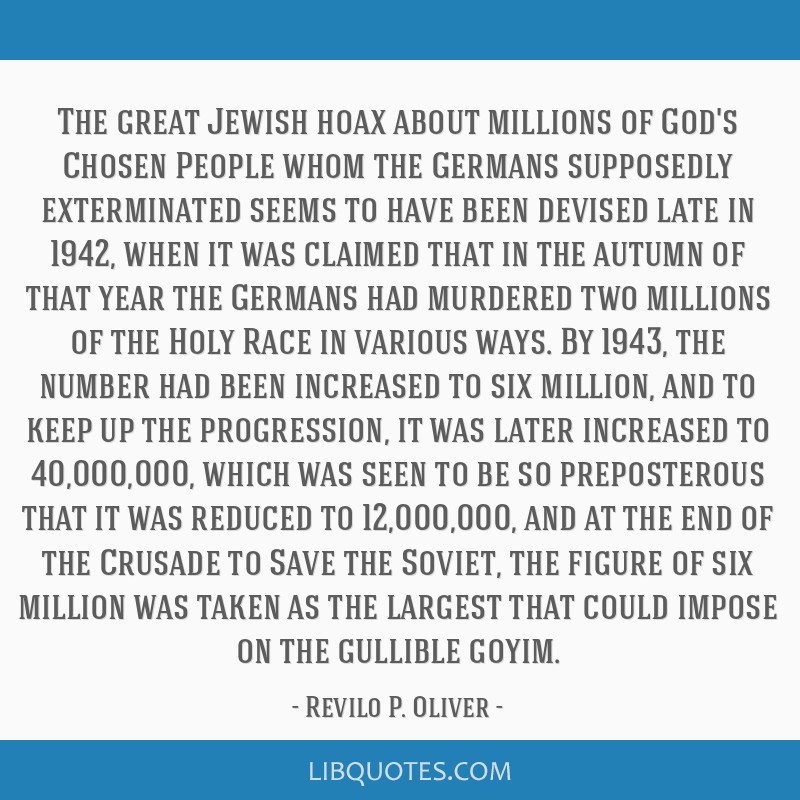 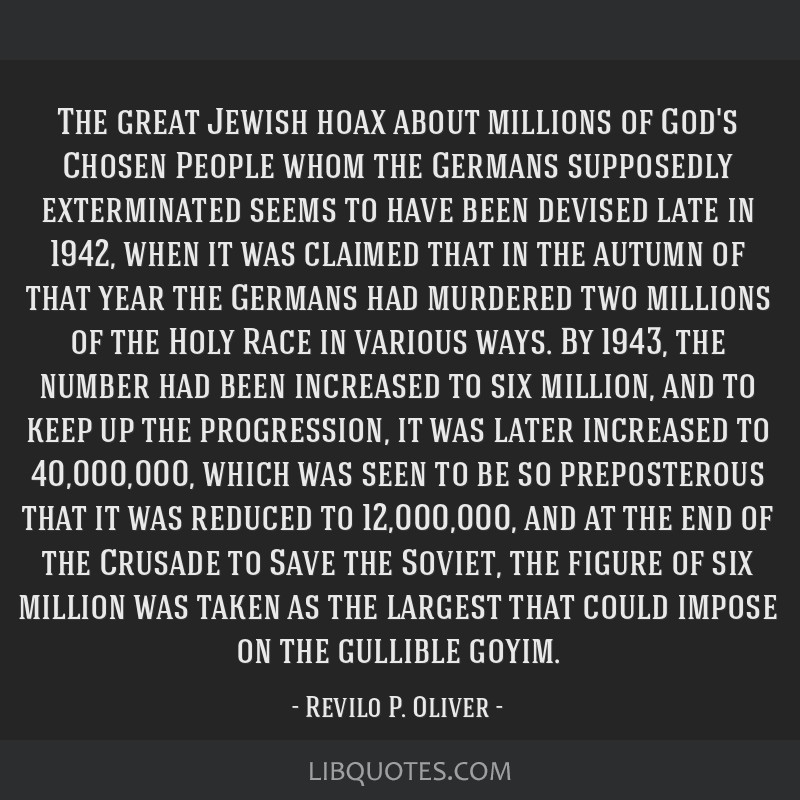 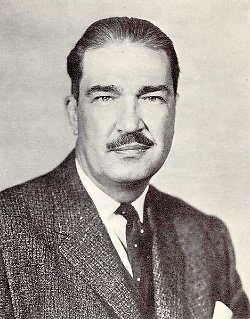