It is as if a really secure nationalism, already in possession of its nation-state, can fail to see itself as 'nationalist' at all. Its own distinctive bonding is perceived as natural and obvious by contrast with the mere projections of any nationalism which is still in active progress and thus incomplete. At this point radicals and minority nationalists emphasize the artificialities of the settled 'common sense' nation-state and to their own satisfaction shoot them to pieces from history and from social theory. 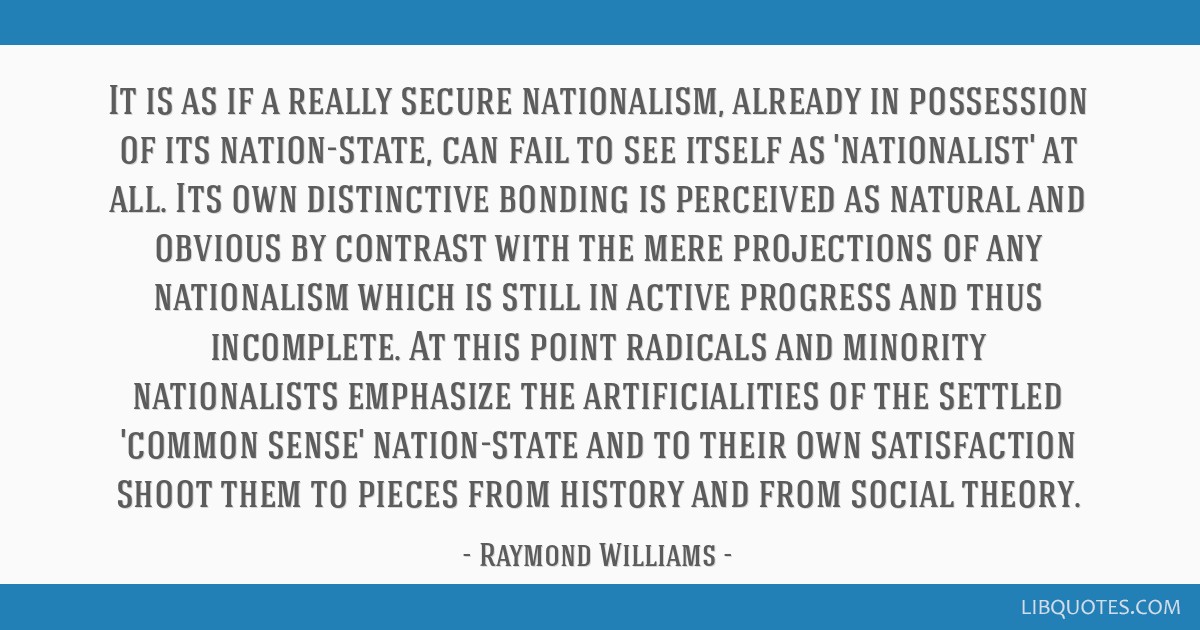 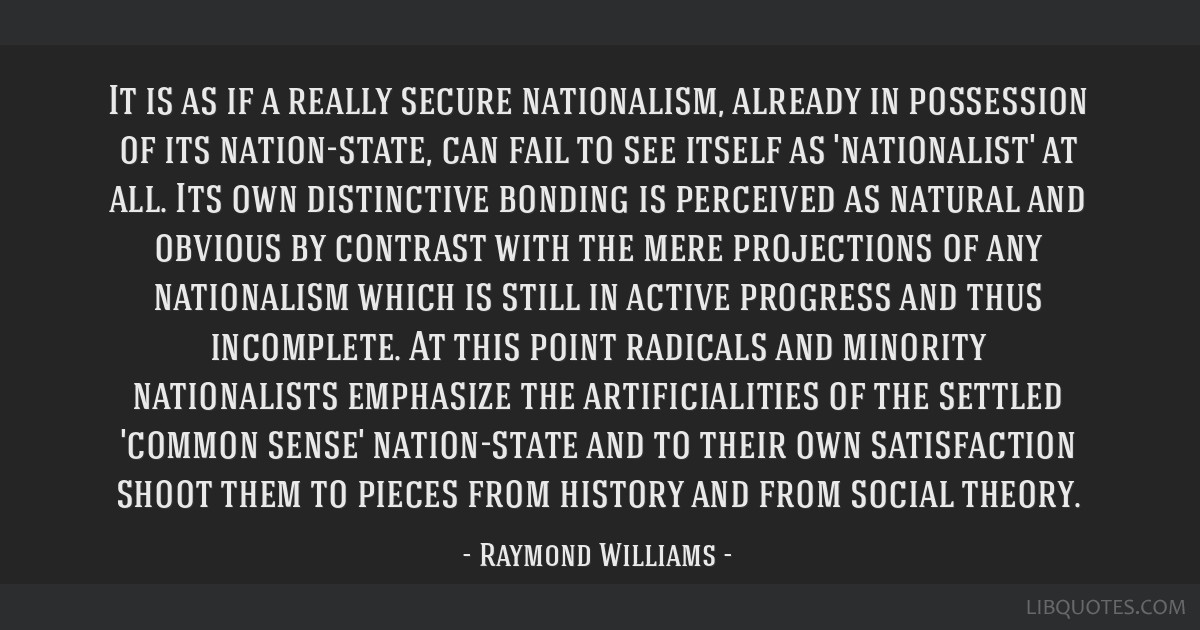 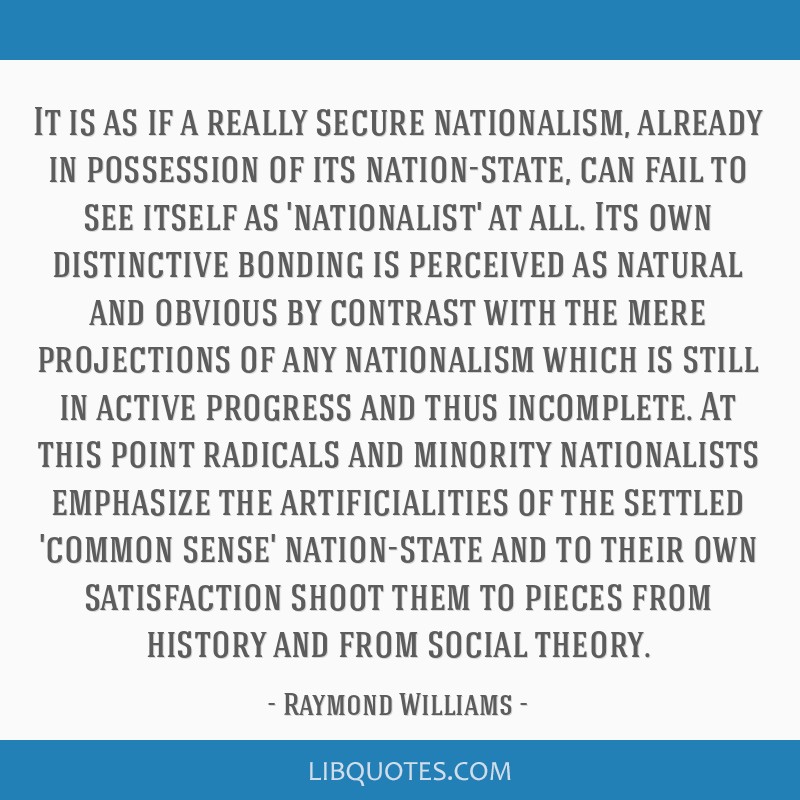 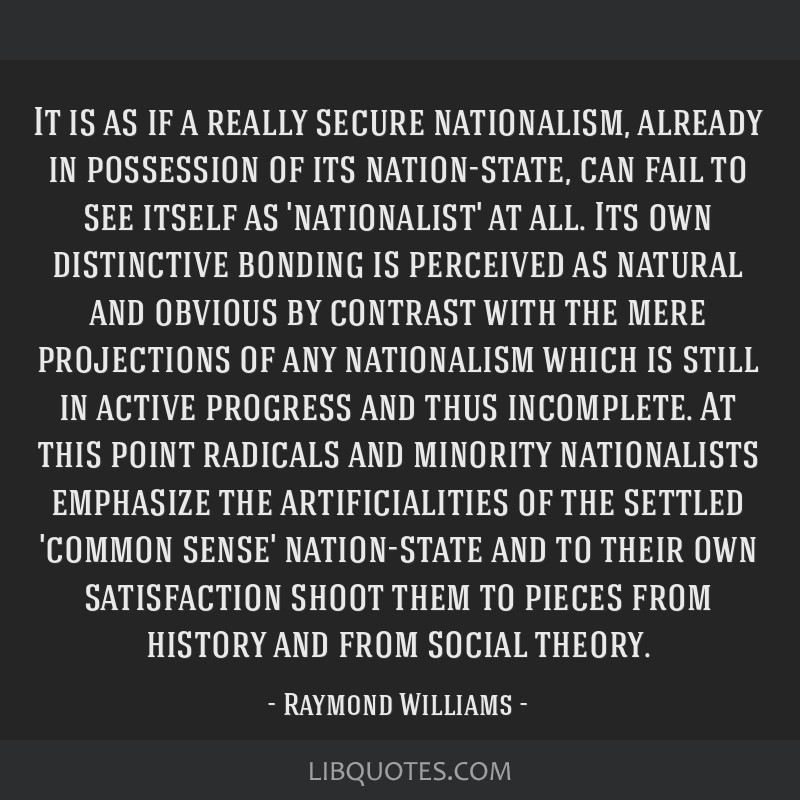 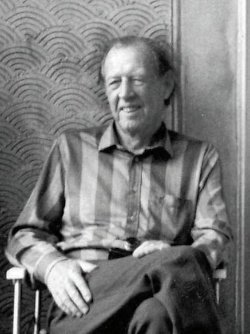