Summertime, 1950, I recognized Isherwood browsing in a Santa Monica bookstore. My book had just come out, so I grabbed a copy off the shelf, signed it and gave it to him. His face fell and my heart sank, but two days later he called and said, "Do you know what you've done?" I asked, "What?" And he simply told me to read his review in the Times. His rave turned my life around; the book immediately made the best-seller lists and has been in print ever since.
He was very kind in introducing me to various people he thought I should know, like Aldous Huxley, who had been my literary hero since Brave New World came out.

On the chance meeting with Christopher Isherwood just after publication of The Martian Chronicles which led to fame and acclaim outside of SF fandom. - Playboy interview (1996) 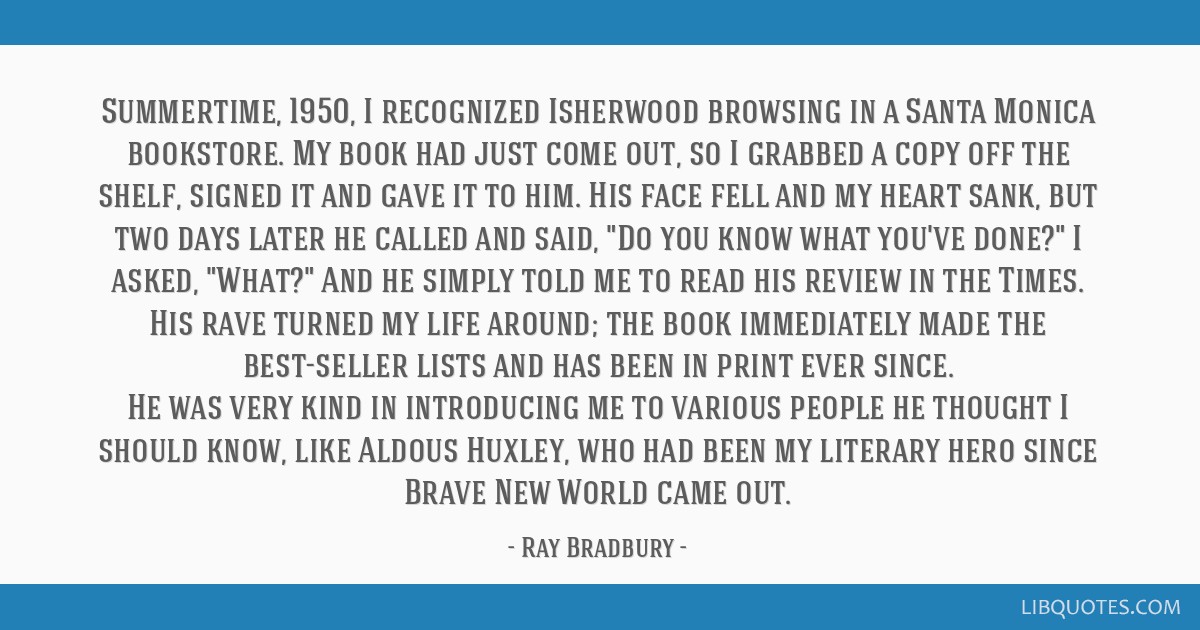 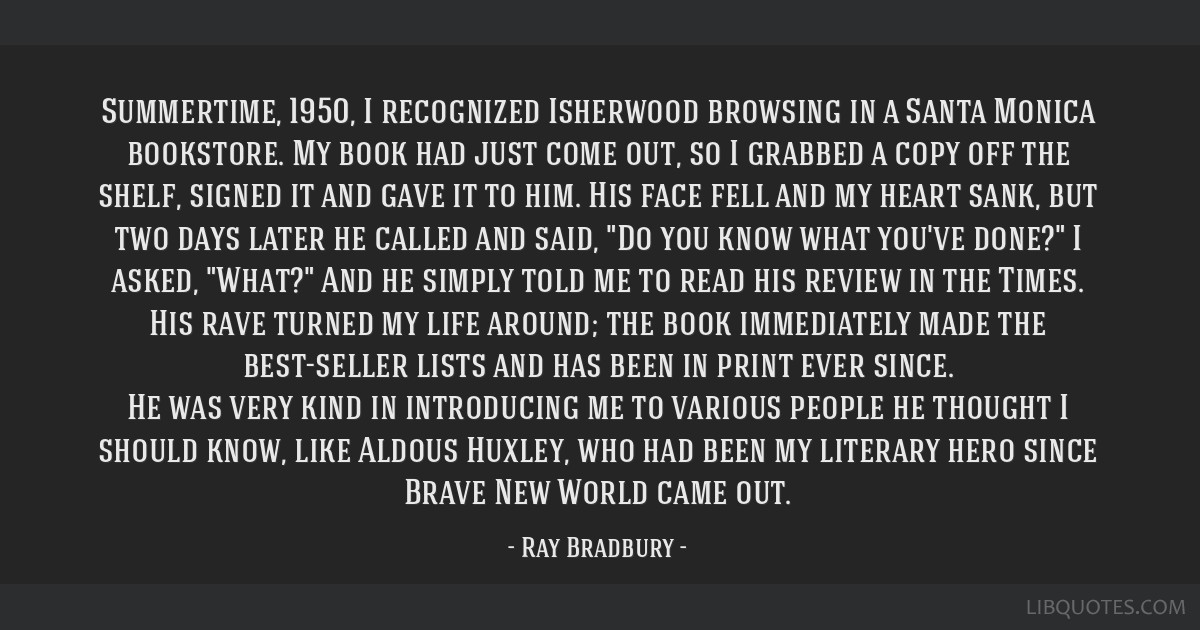 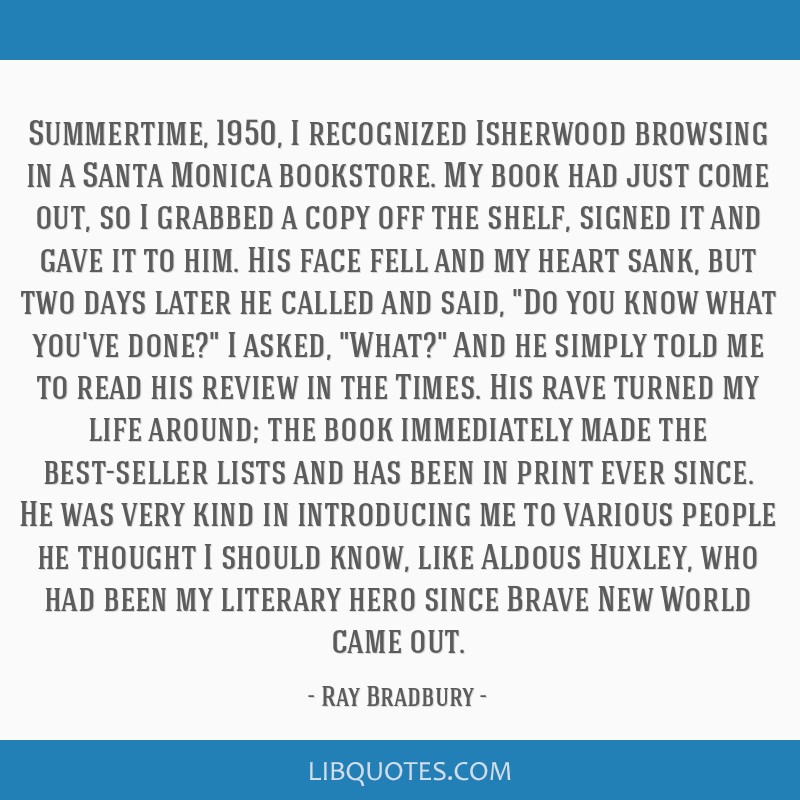 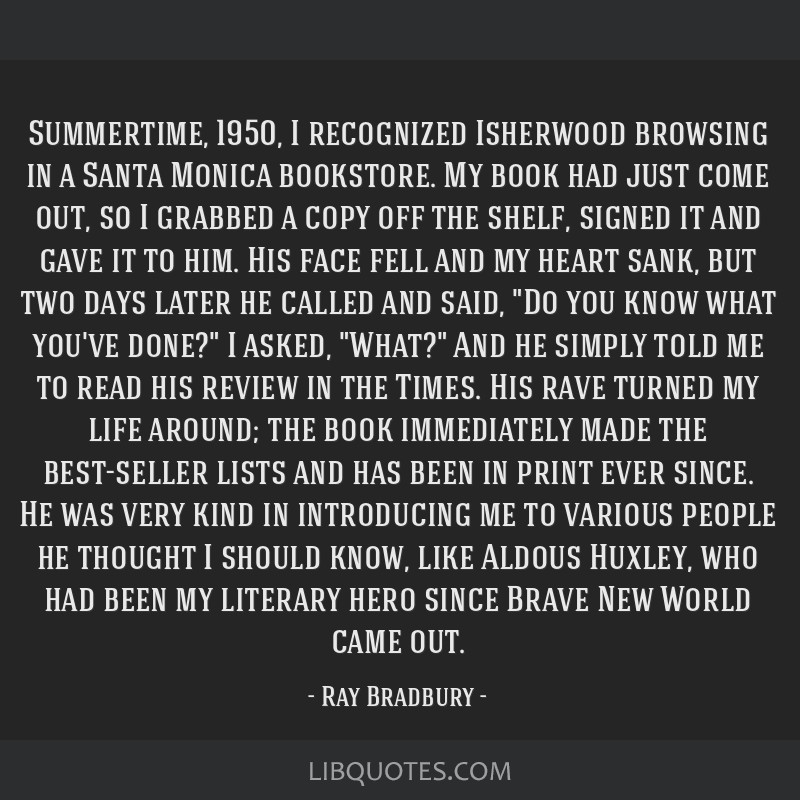 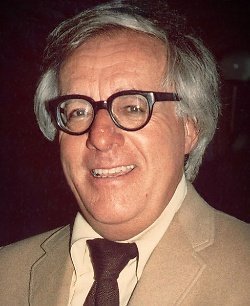