There is an engineering approach to (our) problems. The engineer has an objective. He studies and analyzes the materials with which he has to deal. He acquaints himself with the natural forces which he cannot change, which are more powerful than he is, but to which he must adapt himself so that he may make use of them. 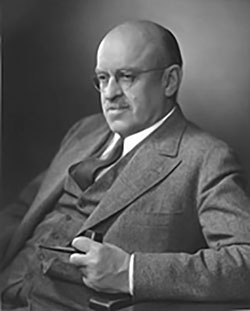 Creative Commons
Born: September 28, 1880
Died: February 19, 1970 (aged 89)
Bio: Ralph Edward Flanders was an American mechanical engineer, industrialist and Republican U.S. Senator from the state of Vermont. He grew up on subsistence farms in Vermont and Rhode Island, and was an apprentice machinist and draftsman, before training as a mechanical engineer.
Known for: