I was always told by my family that I was the thick one. That I was stupid and my brother was the clever one. And I was always so conscious of that. I used to go to the head mistress crying saying I wish I wasn't so stupid.

Said to voice coach Peter Settelen in 1992, as quoted in Tapes reveal more from Princess Diana: NBC News exclusive: Inside the life of the late icon, NBC News, 11/30/2004 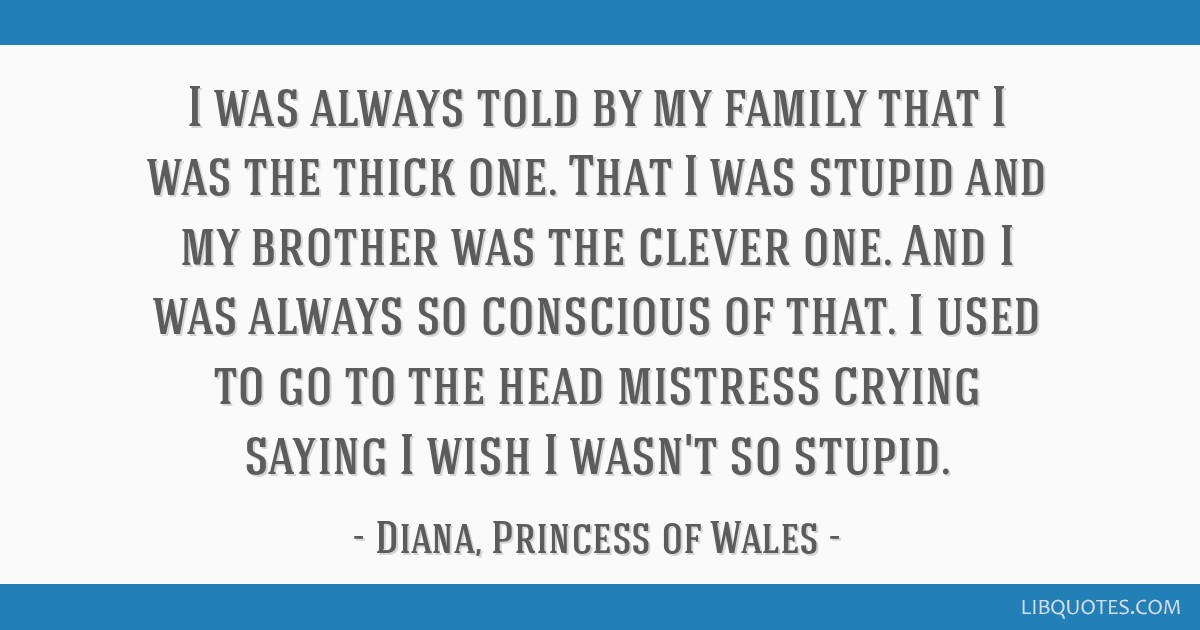 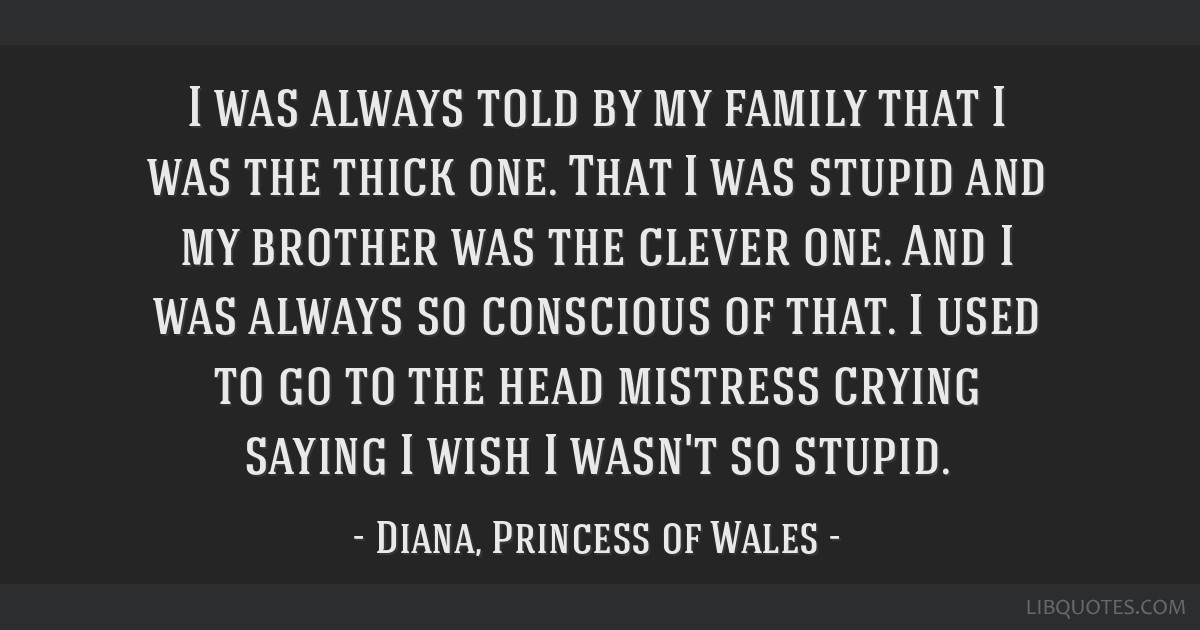 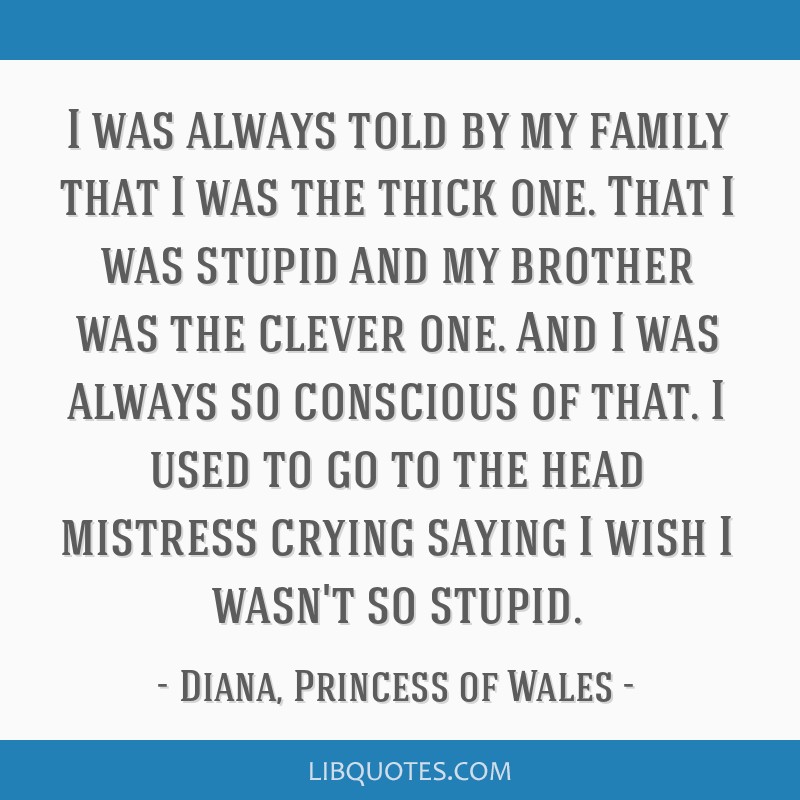 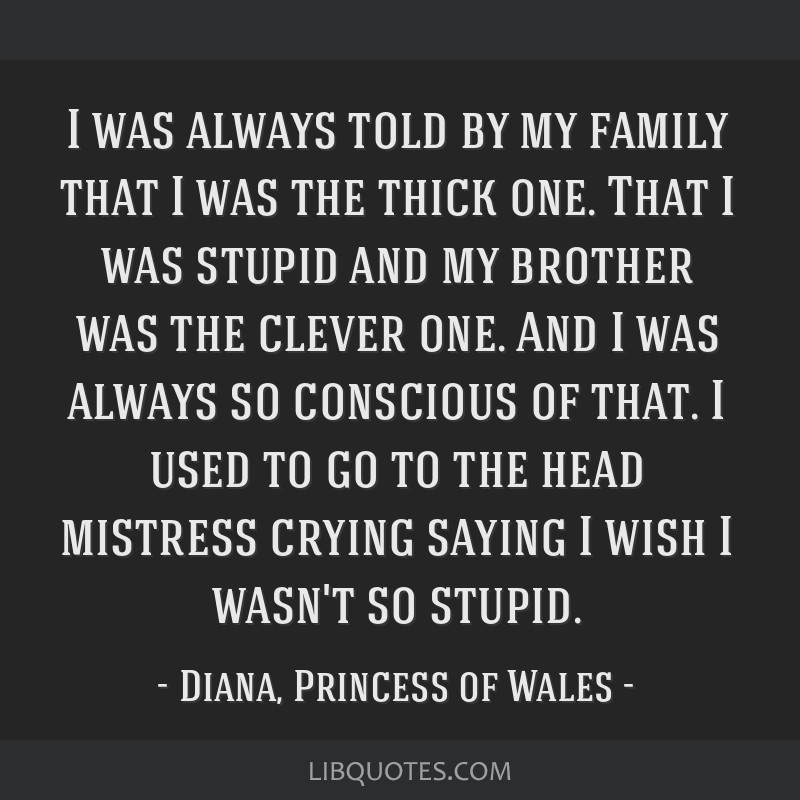