To give a name to a thing is as gratifying as giving a name to an island, but it is also dangerous: the danger consists in one's becoming convinced that all is taken care of and that once named, the phenomenon has also been explained.

Translated by Raymond Rosenthal, Other People's Trades, The Force of Amber (p. 138) 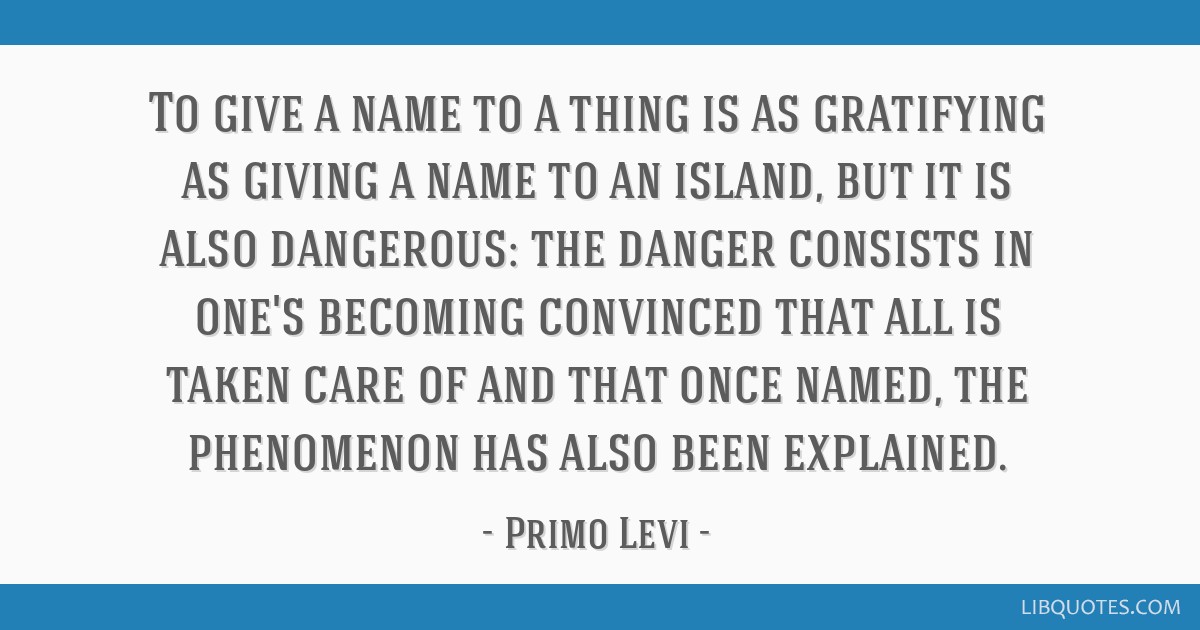 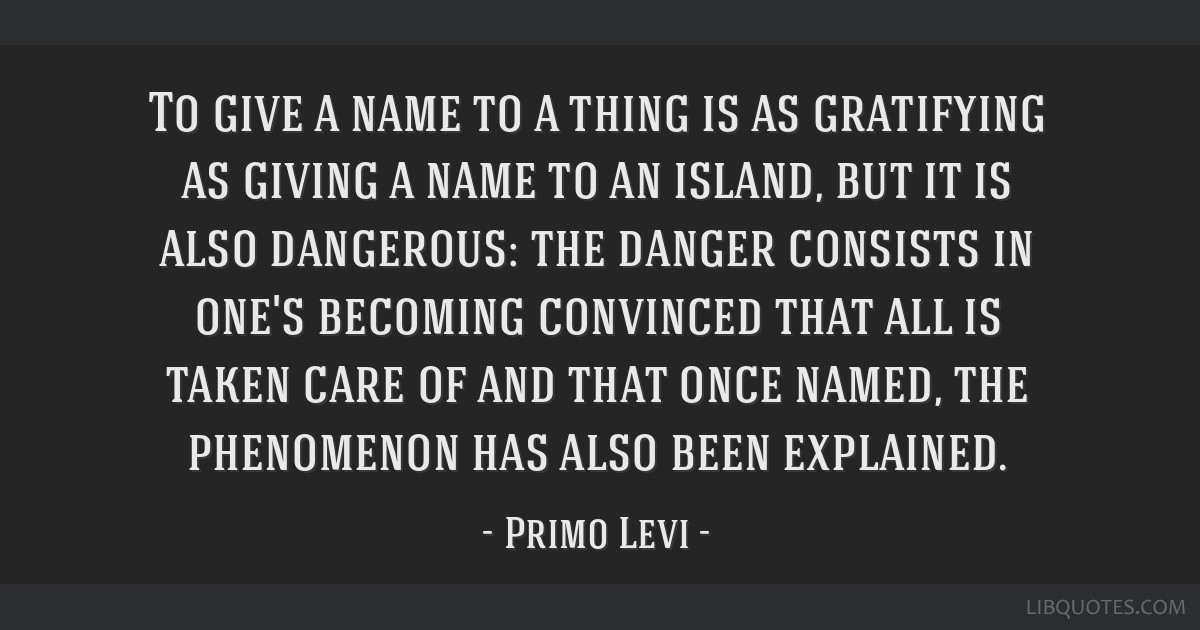 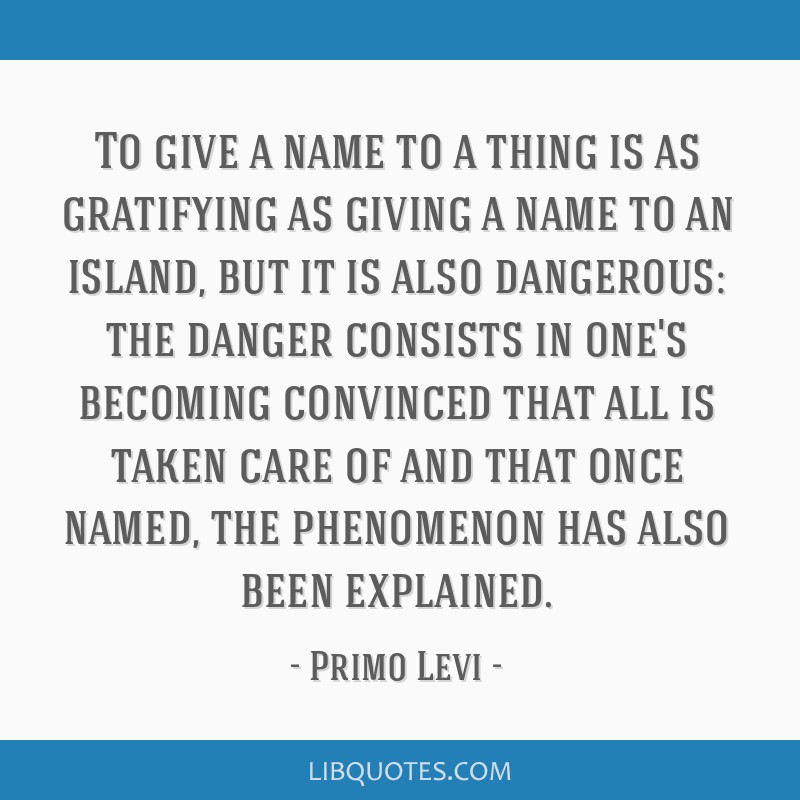 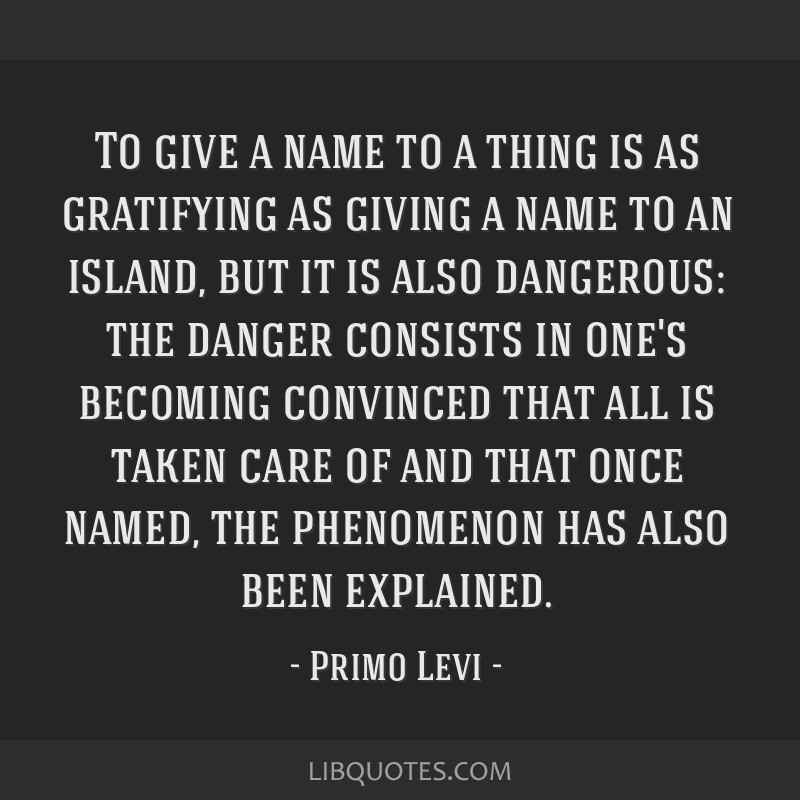