It was not possible for us nor did we want to become islands; the just (i giusti) among us, neither more nor less numerous than in any other human group, felt remorse, shame and pain for the misdeeds that others and not they had committed, and in which they felt involved, because they sensed that what had happened around them and in their presence, and in them, was irrevocable. Never again could it be cleansed; it would prove that man, the human species — we, in short — had the potential to construct an enormity of pain, and that pain is the only force created from nothing, without cost and without effort. It is enough not to see, not to listen, not to act. 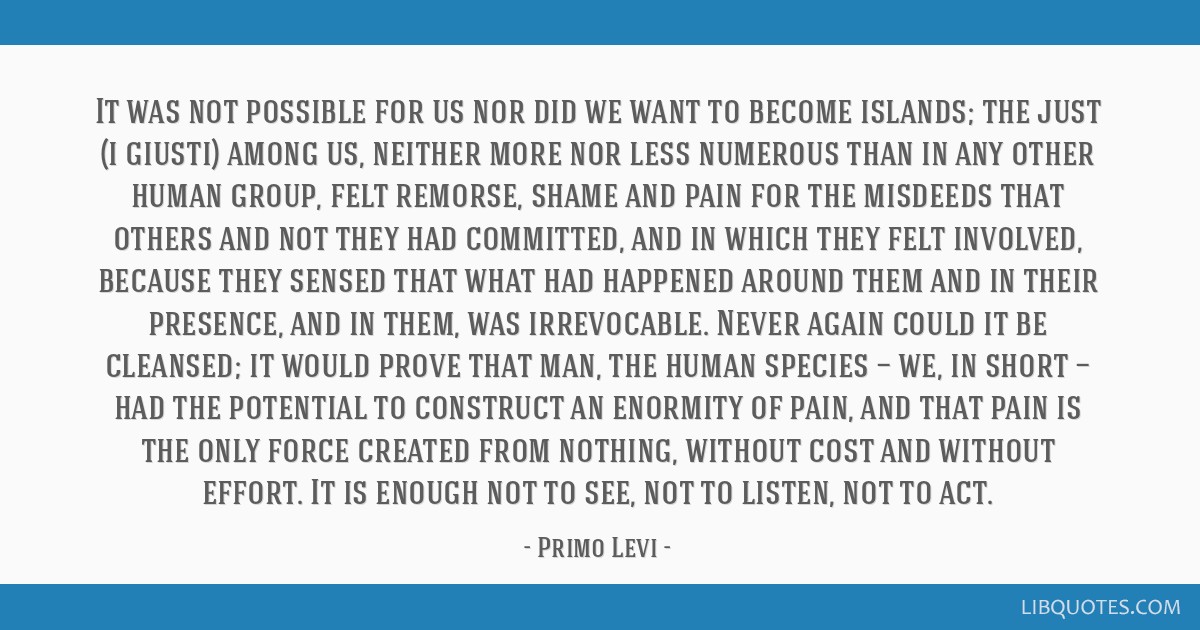 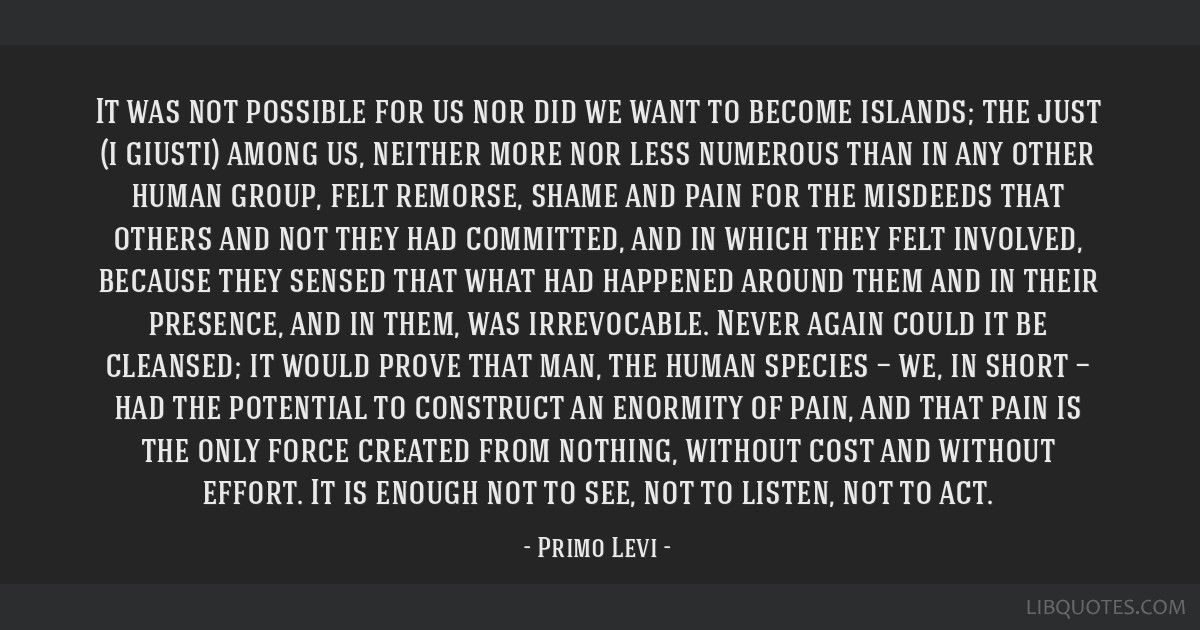 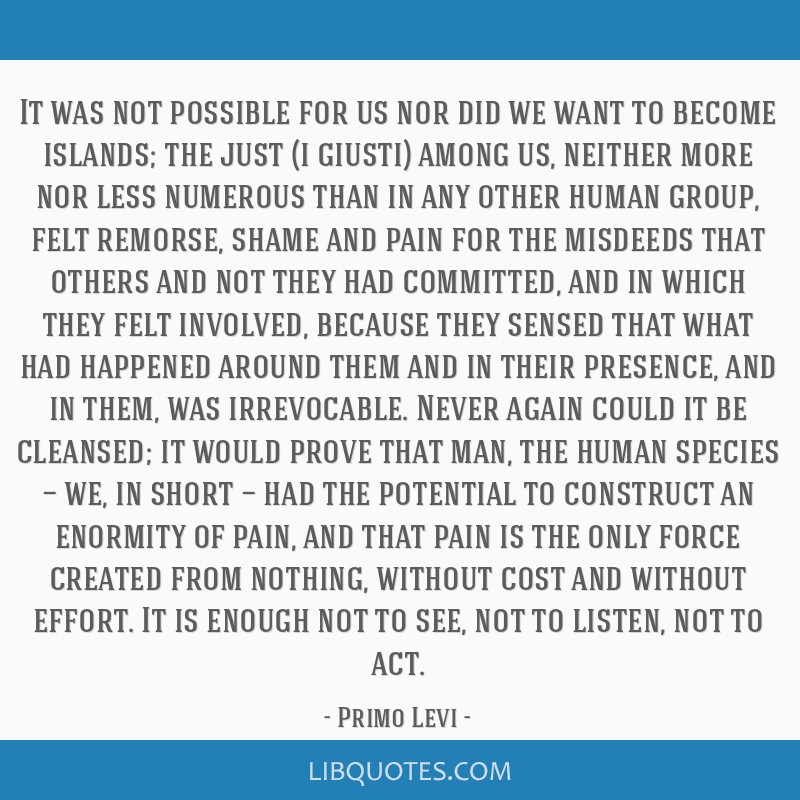 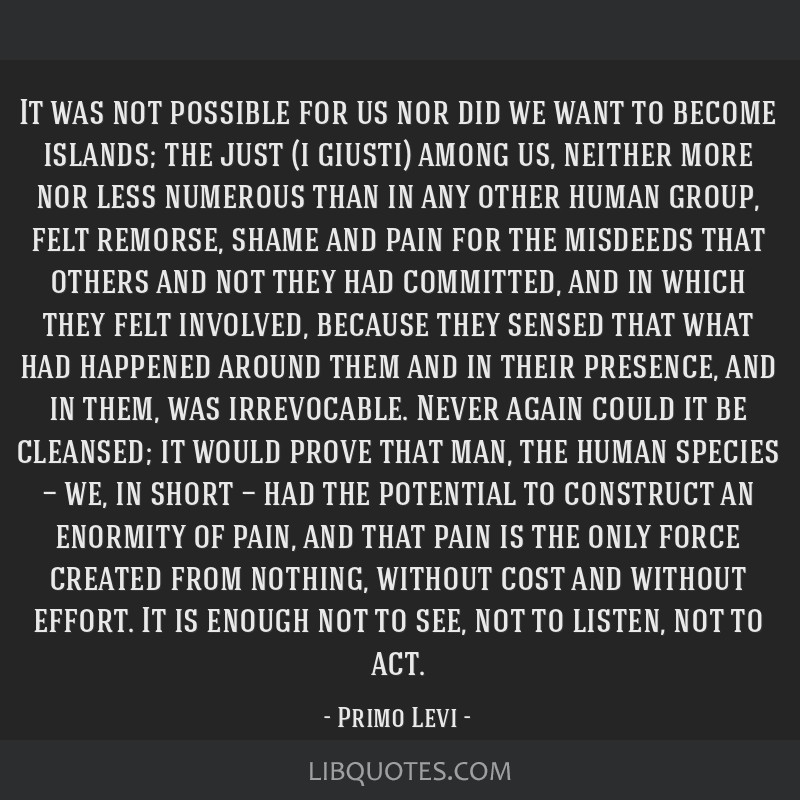