Could I forget that the event [Mehmet Ali Ağca's assassination attempt] in Saint Peter's Square took place on the day and at the hour when the first appearance of the Mother of Christ to the poor little peasants has been remembered for over sixty years at Fatima in Portugal? For, in everything that happened to me on that very day, I felt that extraordinary motherly protection and care, which turned out to be stronger than the deadly bullet.

Pope John Paul II (2005). Memory and identity: conversations at the dawn of a millennium. Rizzoli. 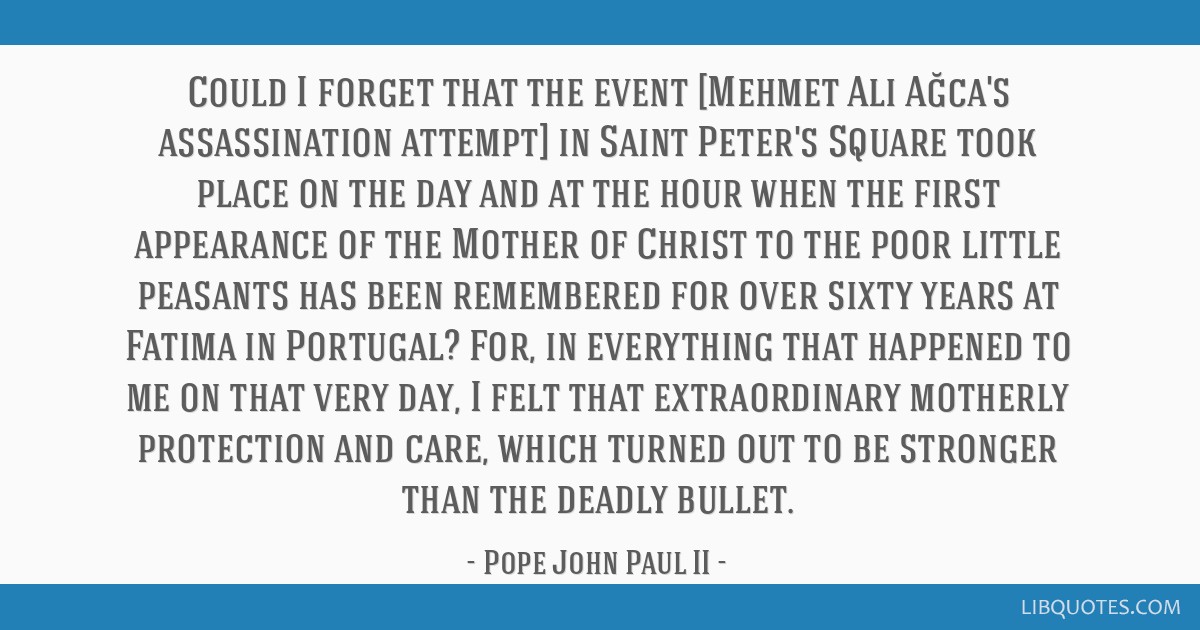 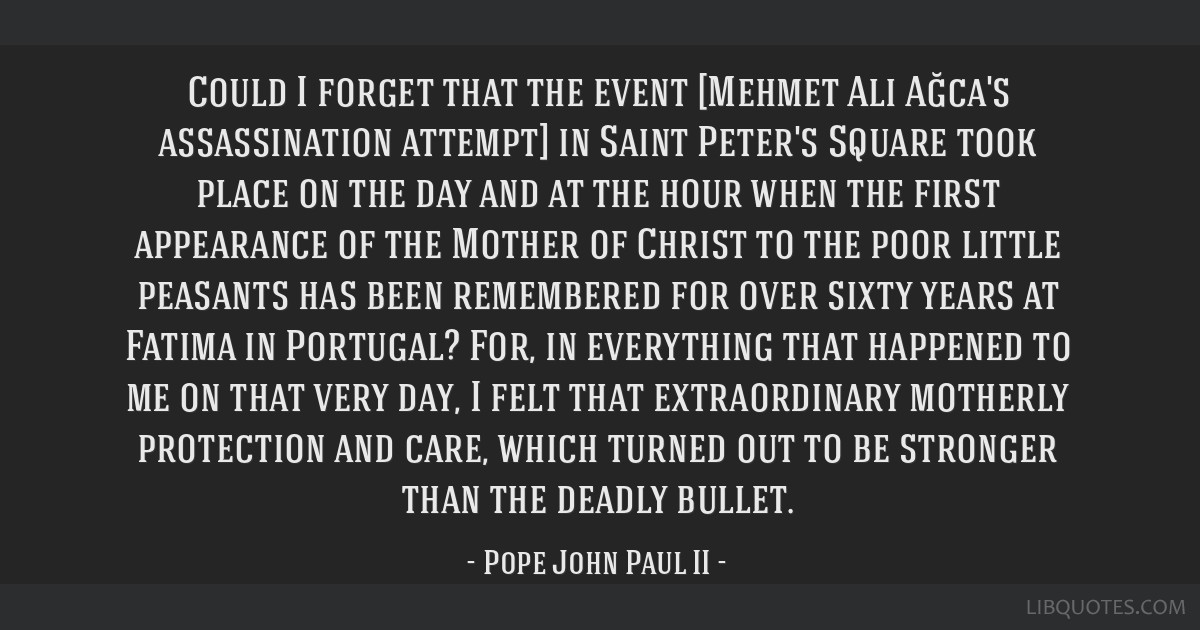 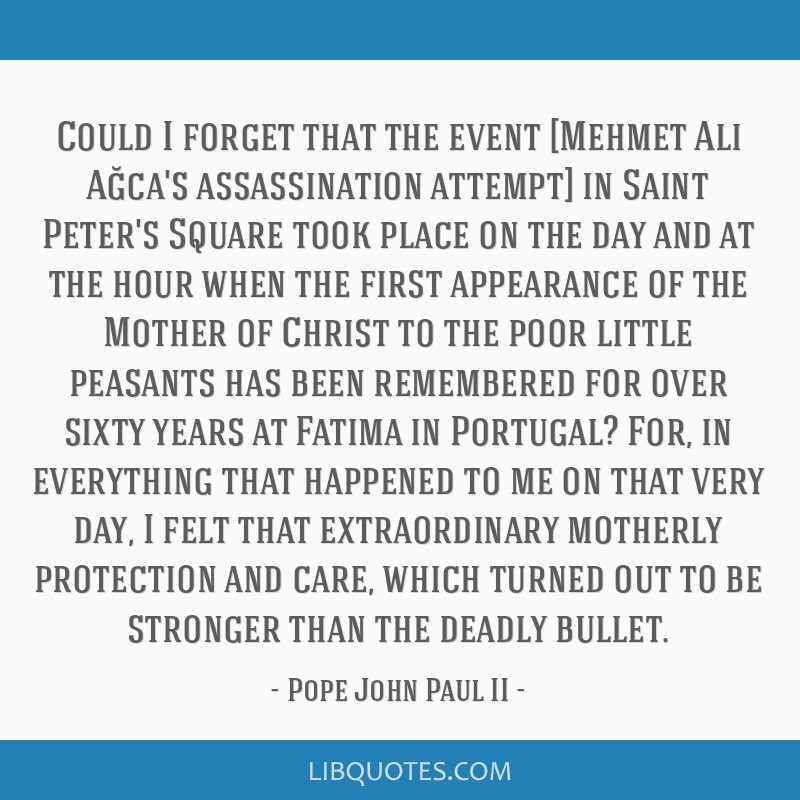 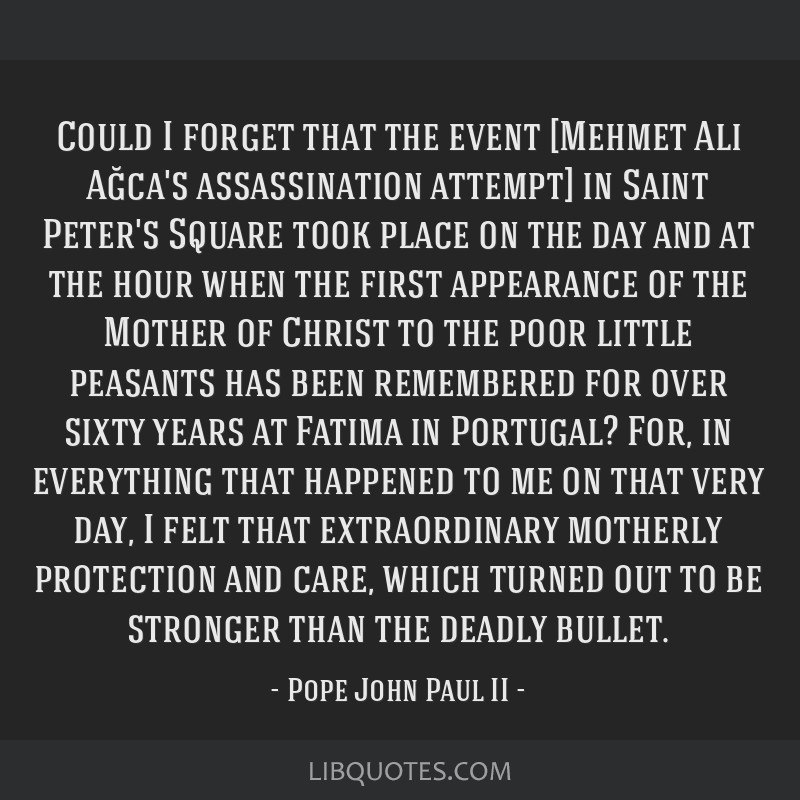 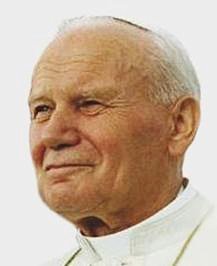