What paralyzes life is lack of faith and lack of audacity. The difficulty lies not in solving problems but expressing them. And so we cannot avoid this conclusion: it is biologically evident that to gain control of passion and so make it serve spirit must be a condition of progress. Sooner or later, then, the world will brush aside our incredulity and take this step : because whatever is the more true comes out into the open, and whatever is better is ultimately realized. The day will come when, after harnessing the ether, the winds, the tides, gravitation, we shall harness for God the energies of love. And, on that day, for the second time in the history of the world, man will have discovered fire.

"The Evolution of Chastity" (February 1934), as translated in Toward the Future (1975) edited by by René Hague, who also suggests "space" as an alternate translation of "the ether." 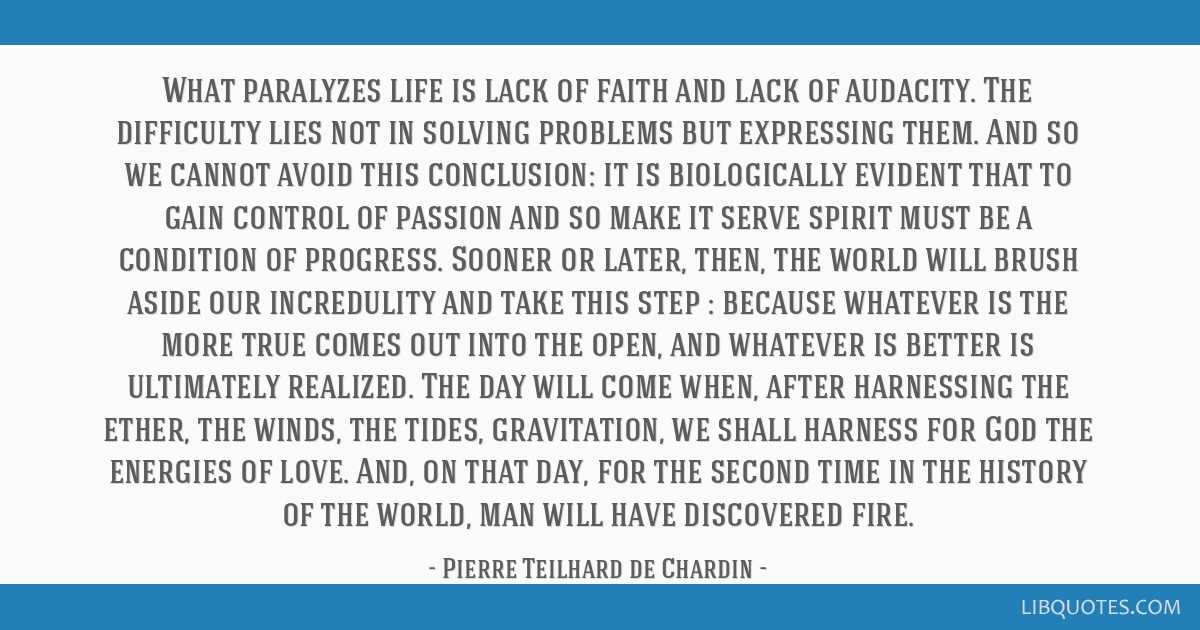 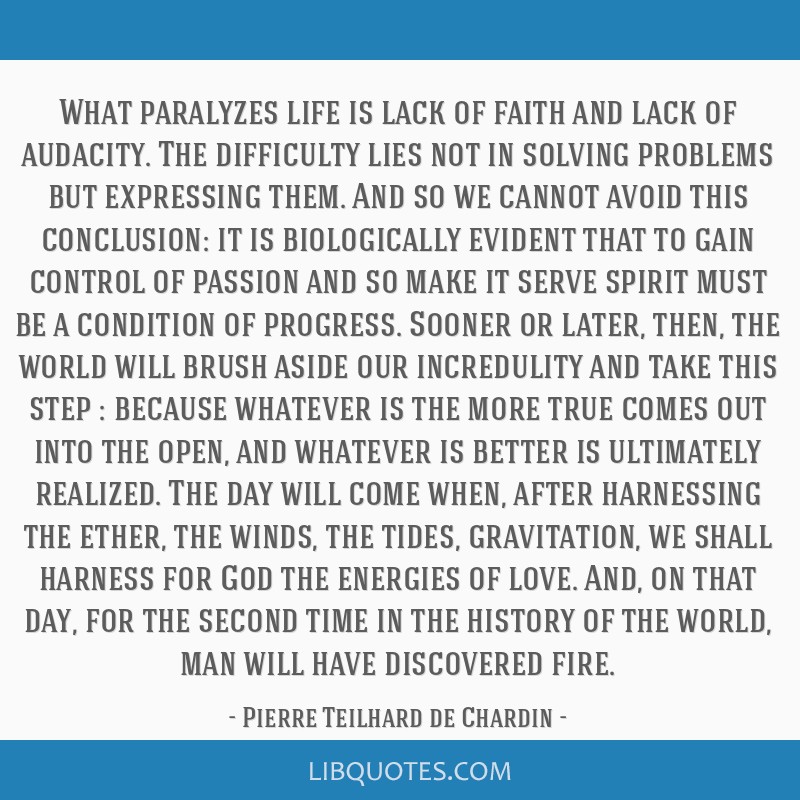 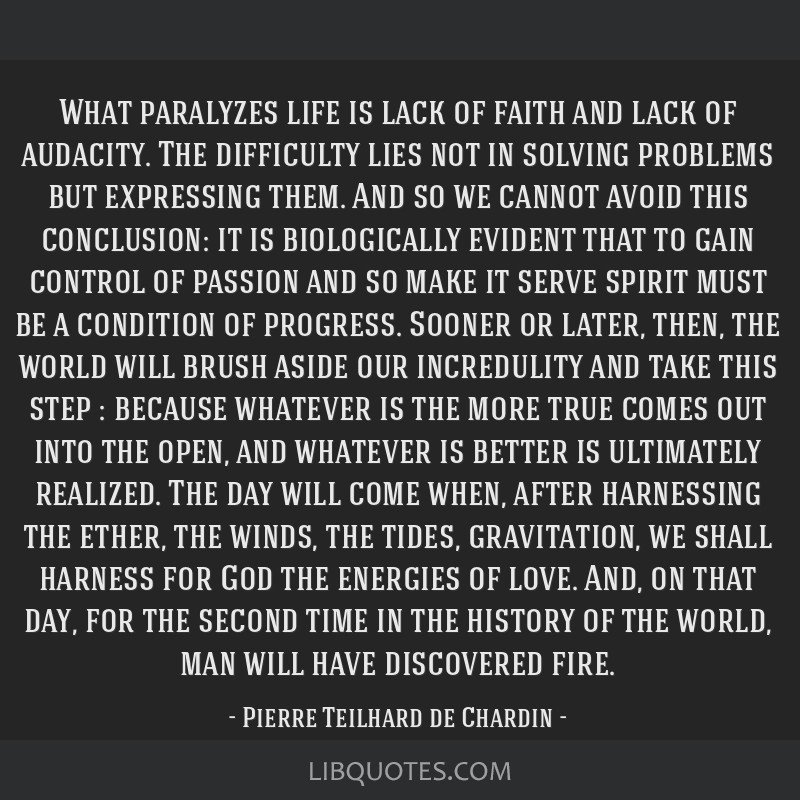 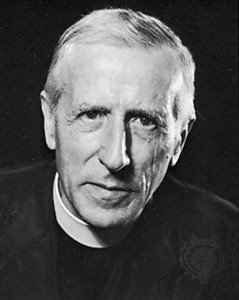