There are here two assumptions about 'evaluations ', which I will call assumption (1) and assumption (2). Assumption (1) is that some individual may, without logical error, base his beliefs about matters of value entirely on premises which no one else would recognise as giving any evidence at all. Assumption (2) is that, given the kind of statement which other people regard as evidence for an evaluative conclusion, he may refuse to draw the conclusion because this does not count as evidence for him. 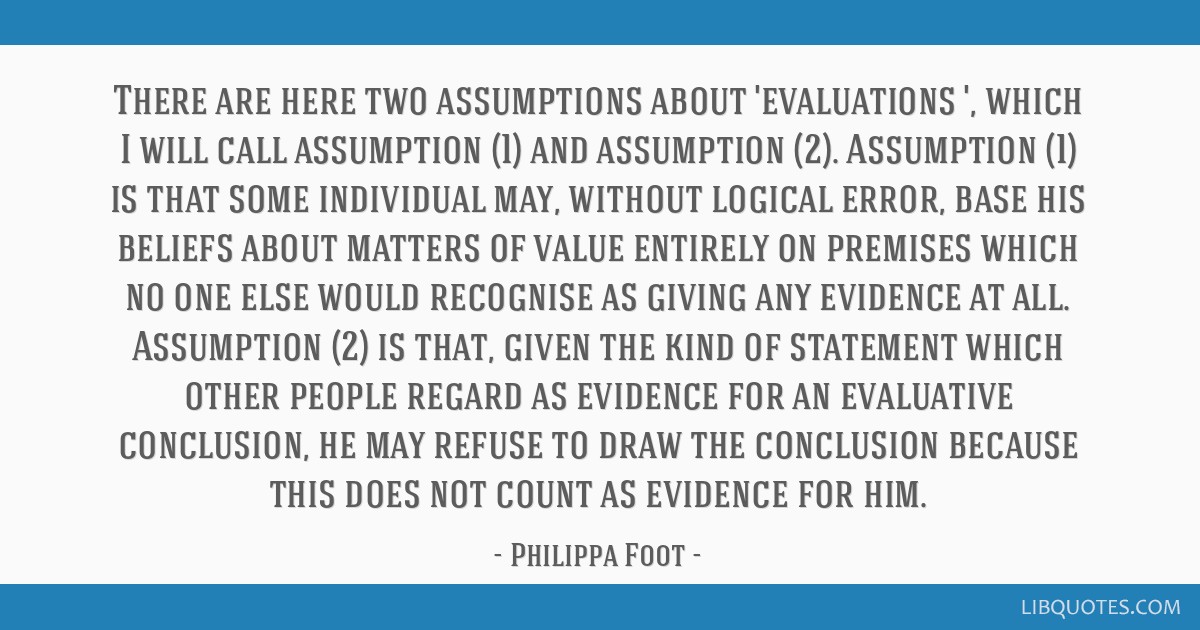 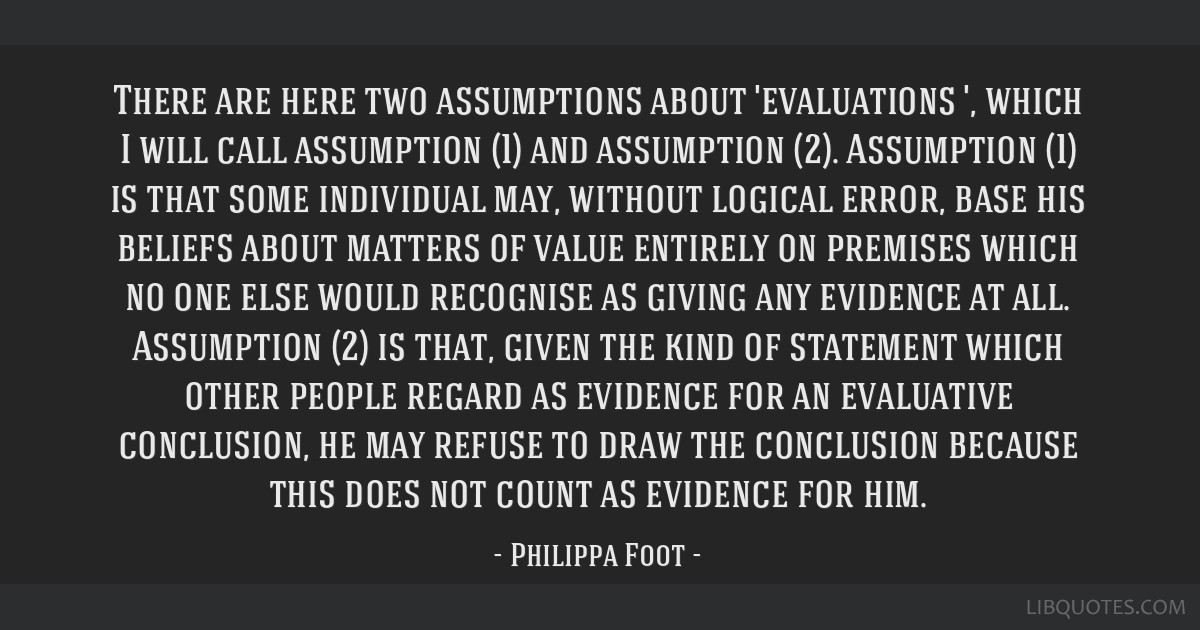 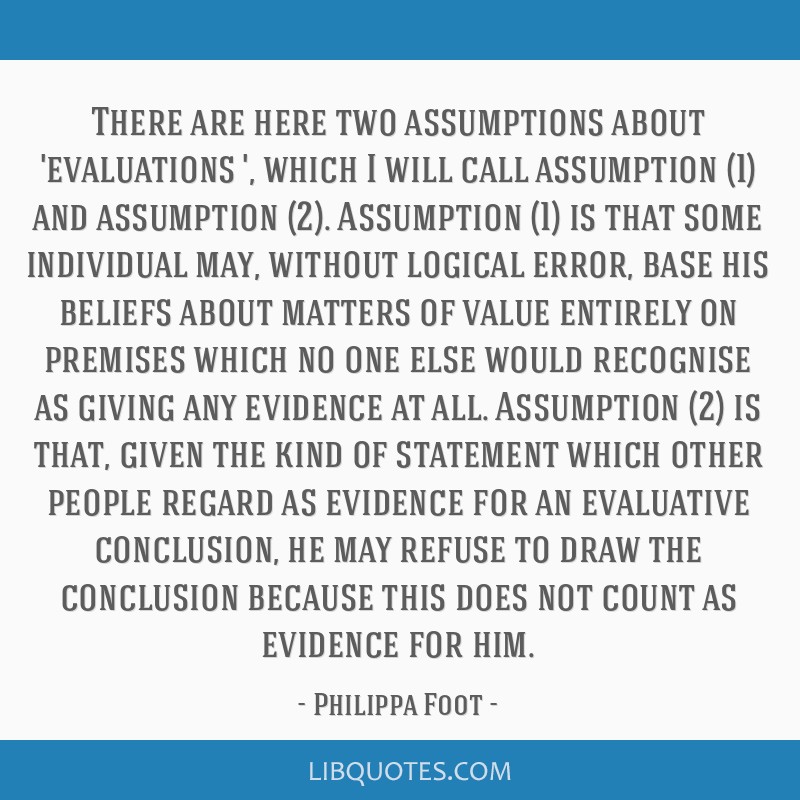 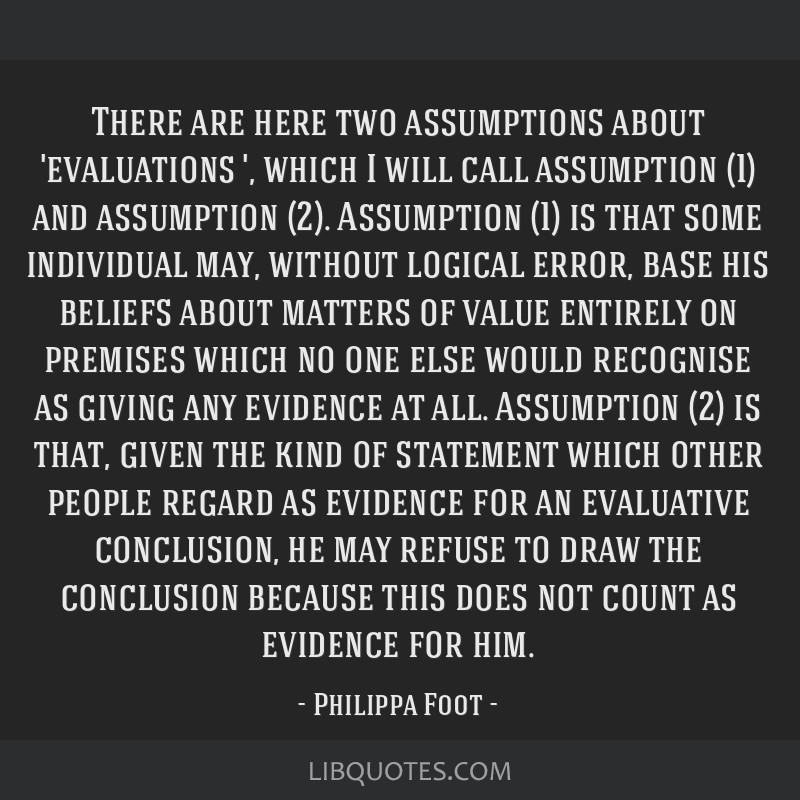