It may seem that the only way to make a necessary connexion between 'injury' and the things that are to be avoided, is to say that it is only used in an 'action-guiding sense' when applied to something the speaker intends to avoid. But we should look carefully at the crucial move in that argument, and query the suggestion that someone might happen not to want anything for which he would need the use of hands or eyes. Hands and eyes, like ears and legs, play a part in so many operations that a man could only be said not to need them if he had no wants at all. 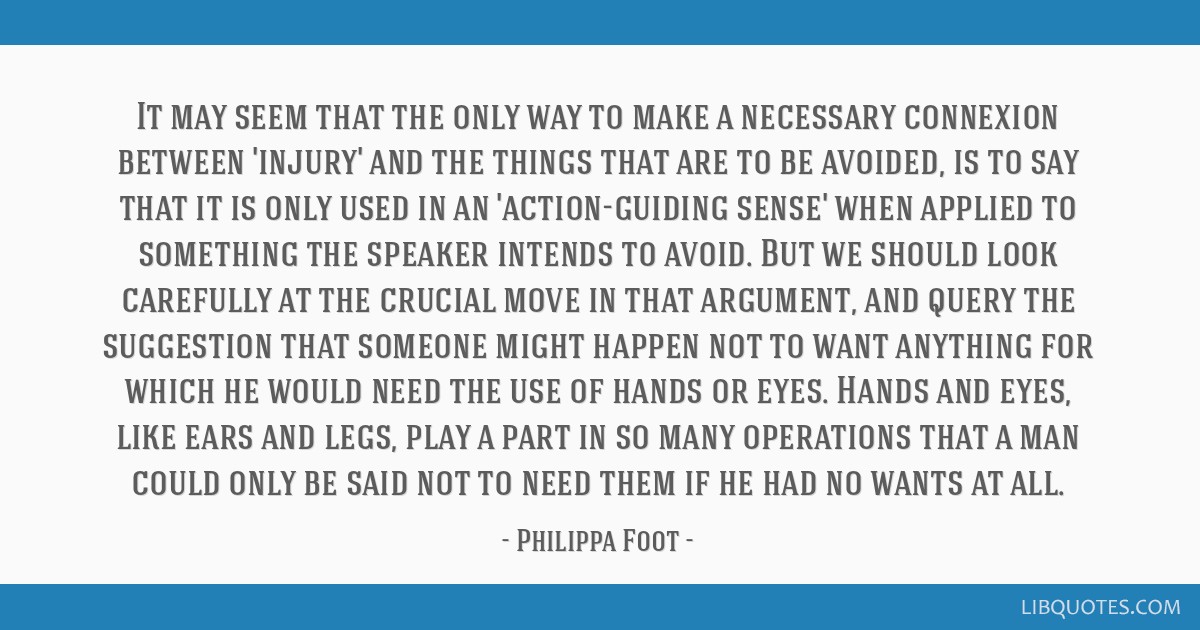 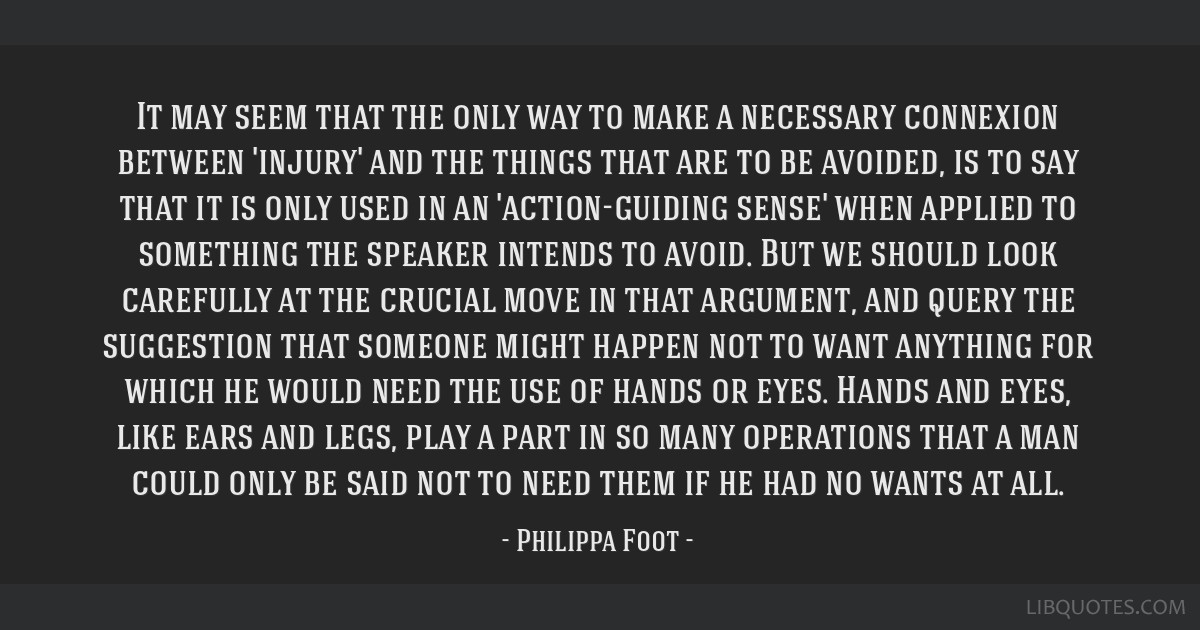 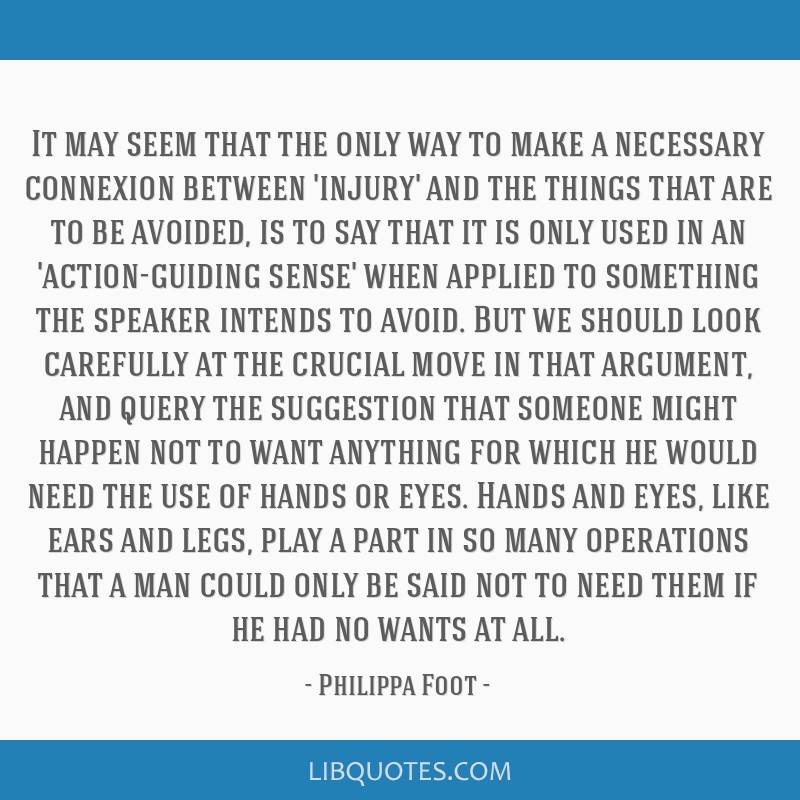 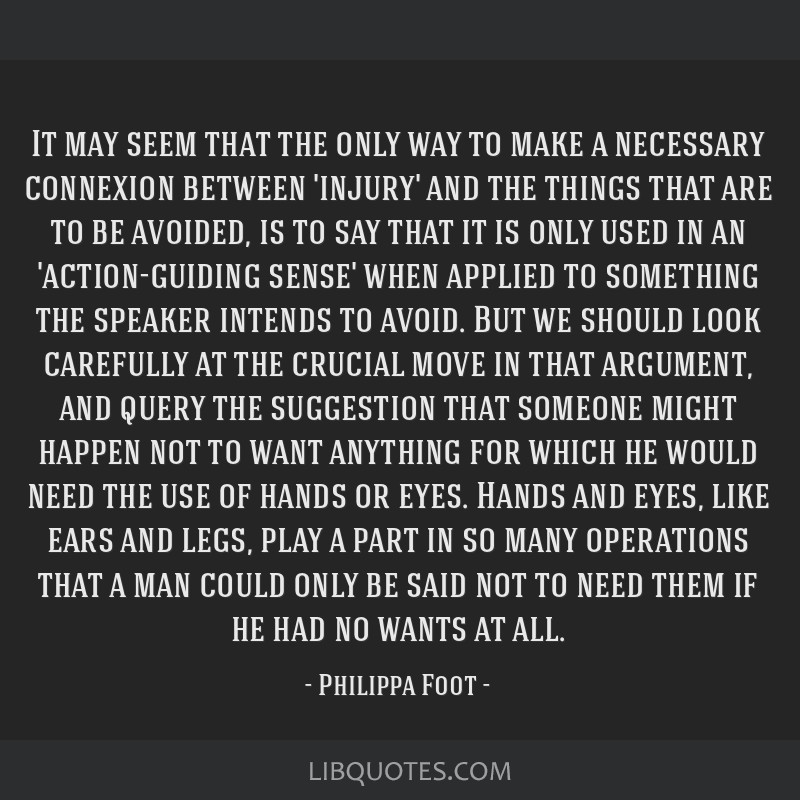