The blame for Armageddon lies on man. And the millennium will come only when the average man exhibits a scientific integrity about all he is and does — instead of half of it. Many a psychological Archimedes has put signposts on the hard road man must follow if he is to avoid self-destruction and come into his own. A few very great modern scientists have added to the lore. Indications of what man may expect of himself are everywhere at hand. But most men must first be persuaded that the task lies ahead and not behind — that we are infants still, with loaded guns for toys. 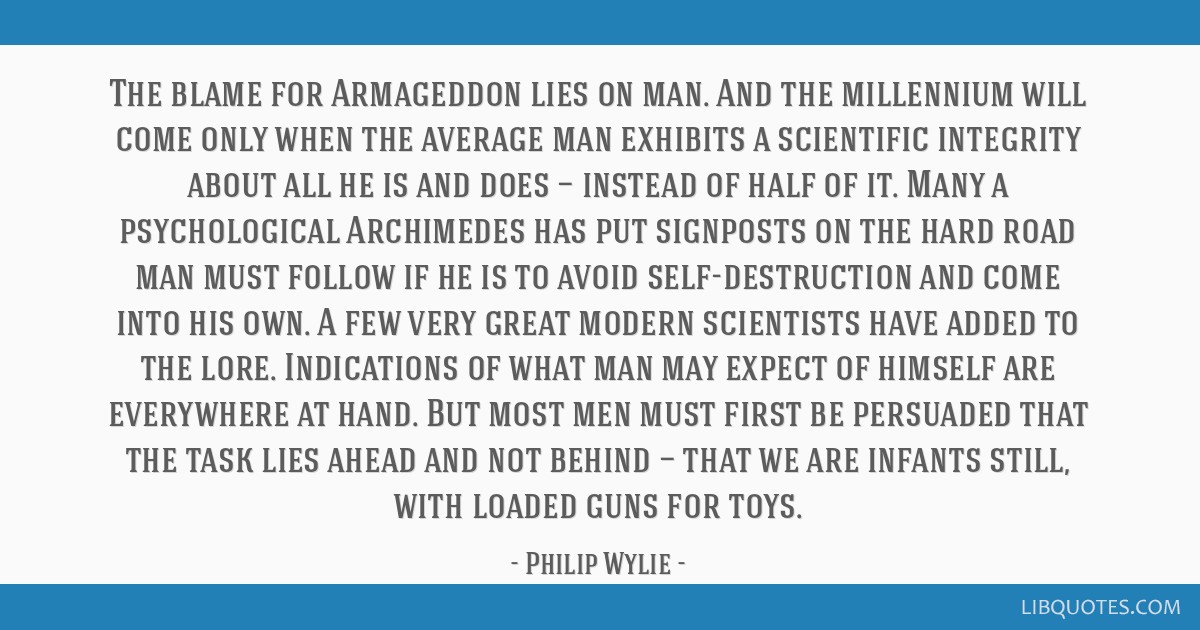 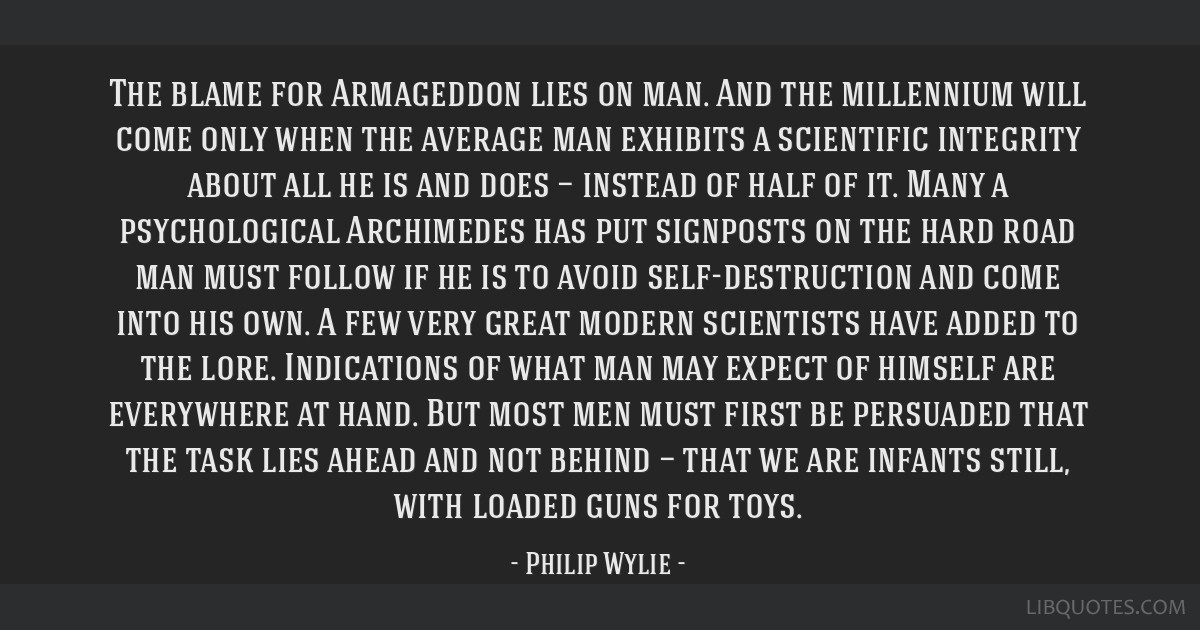 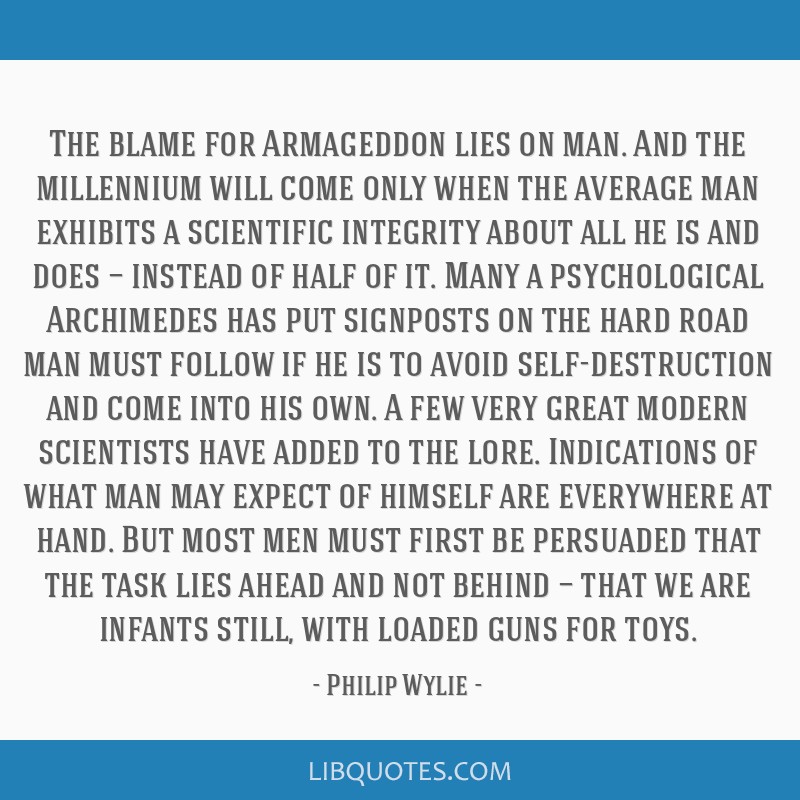 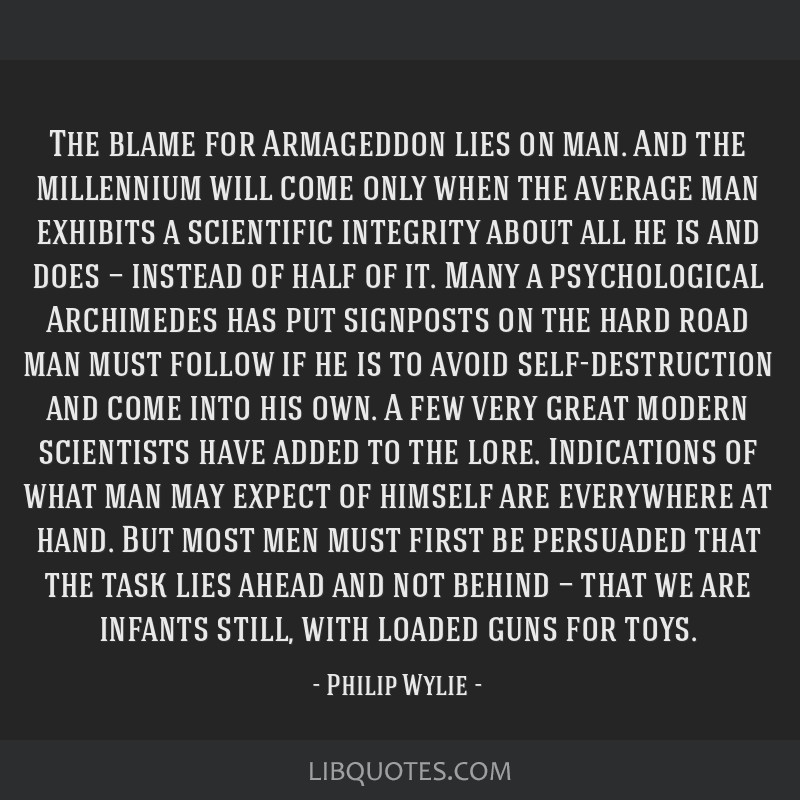 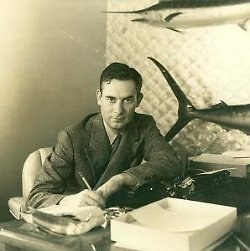