Scenario: In the summer of 1977 The Human League was formed due to the members finding no conventional channels for their immense talents.
Background: None of The Human League have any orthodox musical training, but prefer to regard compositions as an extension of logic, inspiration and luck. Therefore, unlike conventional musicians, their influences are not so obvious.
Conclusion/Manifesto: Interested in combining the best of all worlds, The League would like to positively affect the future by close attention to the present, allying technology with humanity and humour. They have been described as 'Later Twentieth Century Boys' and 'Intelligent, Innovatory and Immodest'.

Press release by Philip Oakey about the The Human League's first single "Being Boiled" (April 1978), quoted in "Blind Youth - The Way It Was : Fast Product" 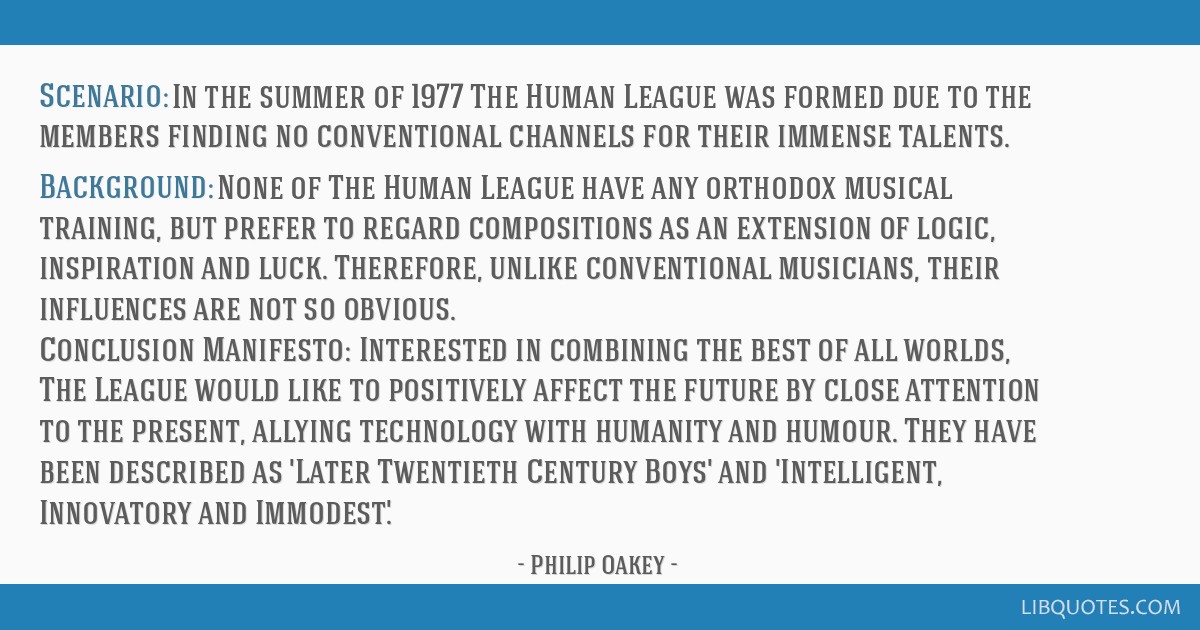 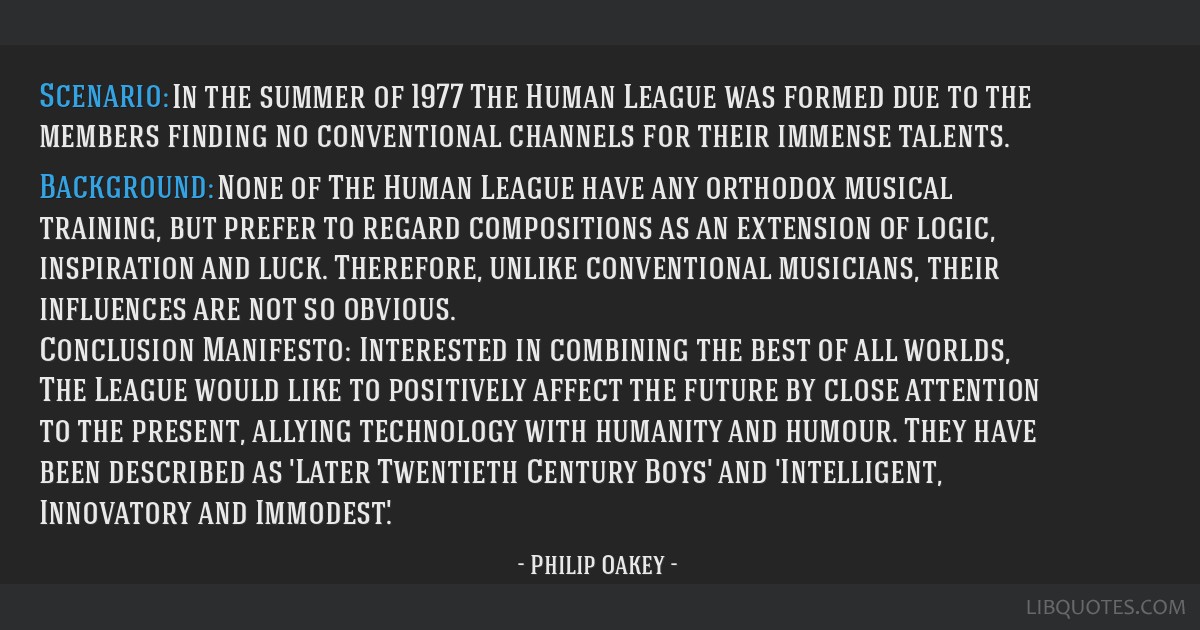 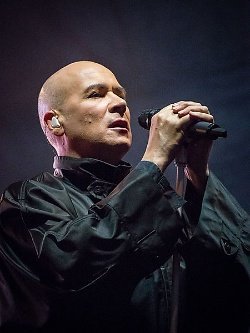