I would rather lose all my lands and a hundred lives than be king over heretics.

Philip II of Spain
God, who has given me so many Kingdoms to govern, has not given me a son fit to govern them. 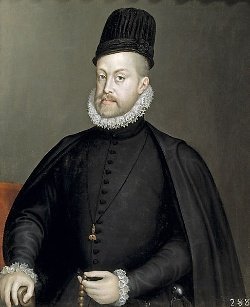 Elizabeth I of England
British Monarch

Mary I of England
Spouse