Think of the federal government as a gigantic insurance company (with a sideline business in national defense and homeland security), which does its accounting on a cash basis, only counting premiums and payouts as they go in and out the door. An insurance company with cash accounting... is an accident waiting to happen.

While under secretary of the U.S. Treasury in 2002; frequently short-handed as "an insurance company with an army." Krugman, Paul (March 11, 2003). A Fiscal Train Wreck. The New York Times. 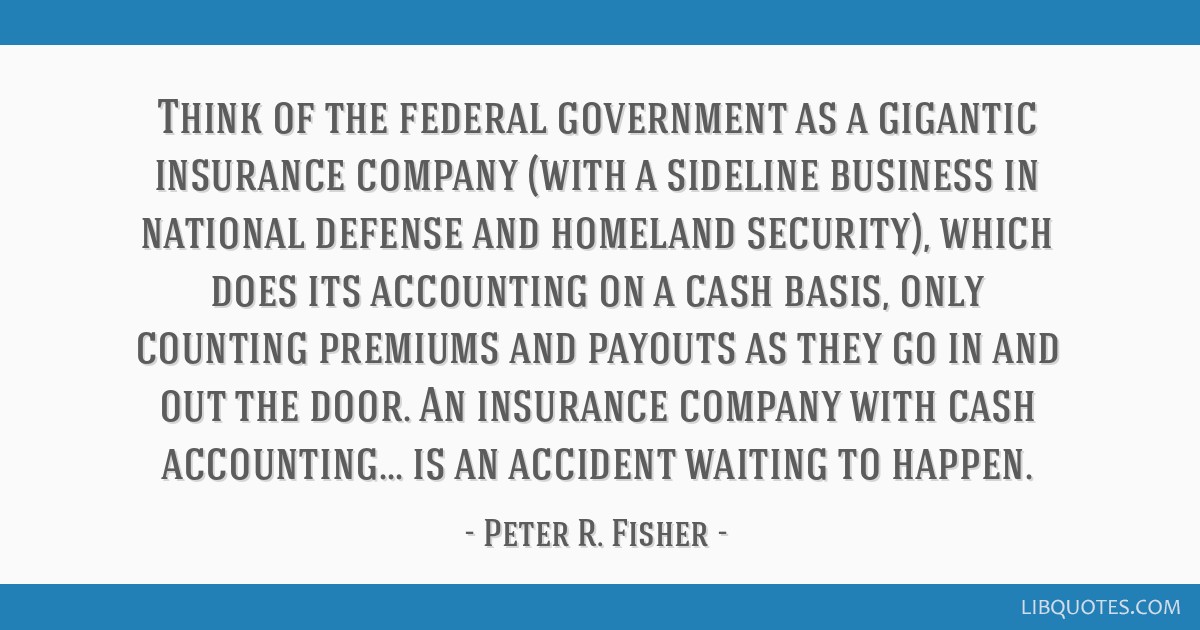 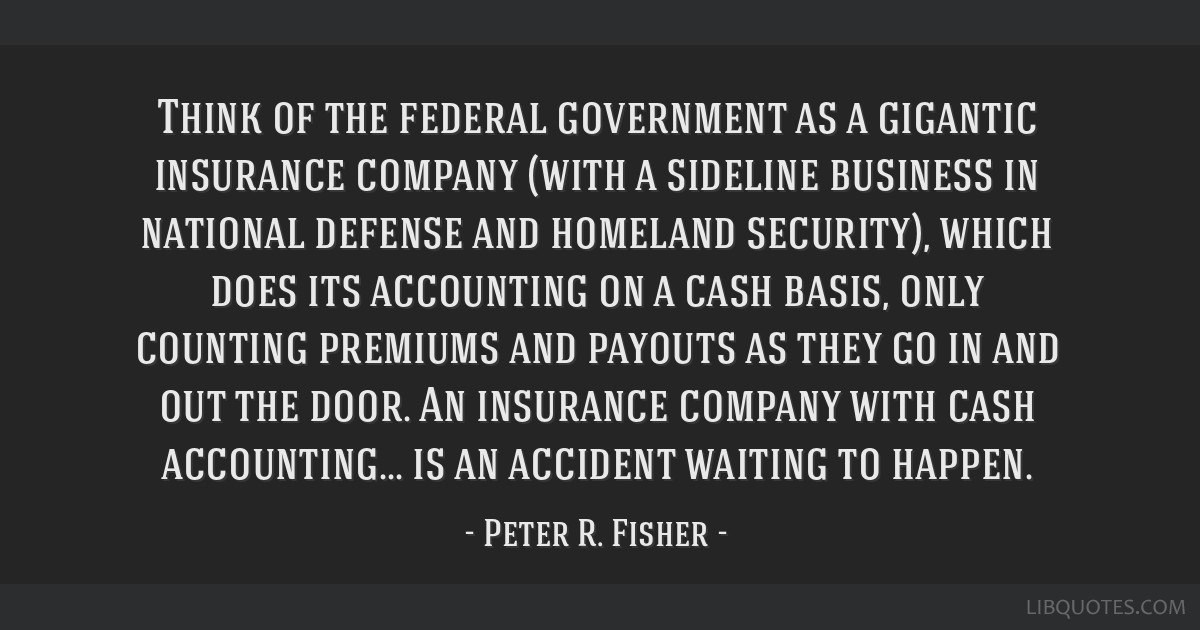 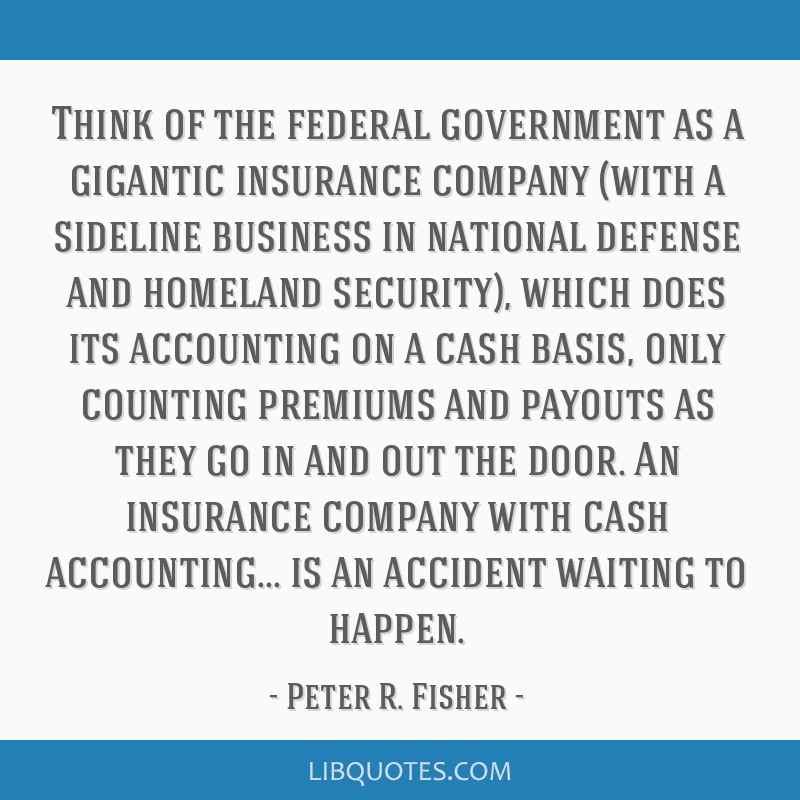 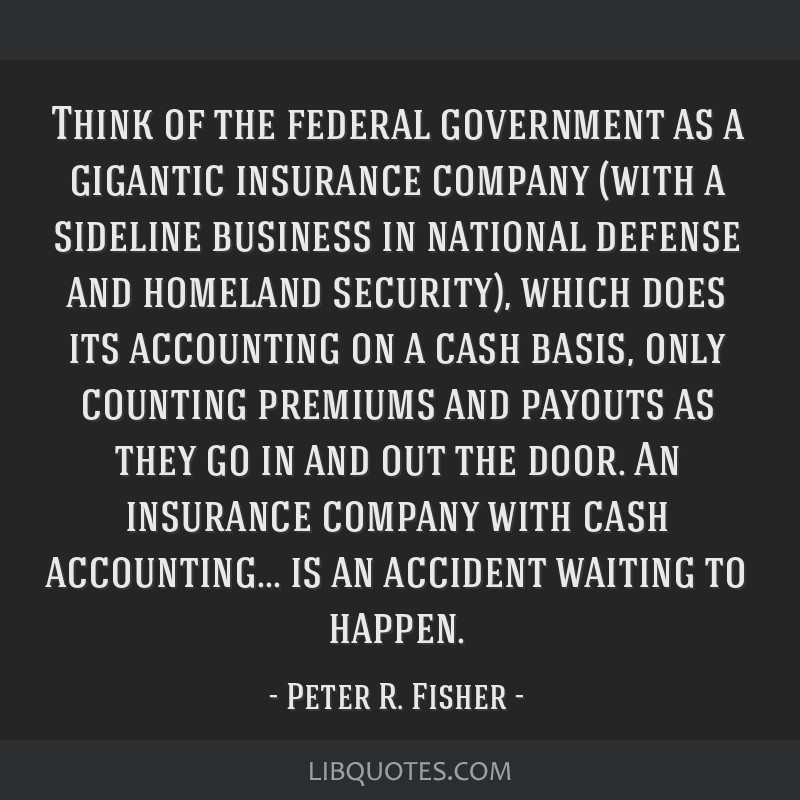