Shortly after Christopher Columbus and his sailors returned from their voyage to the New World, a horrifying new disease began to make its way around the Old. The "pox," as it was often called, erupted with dramatic severity. 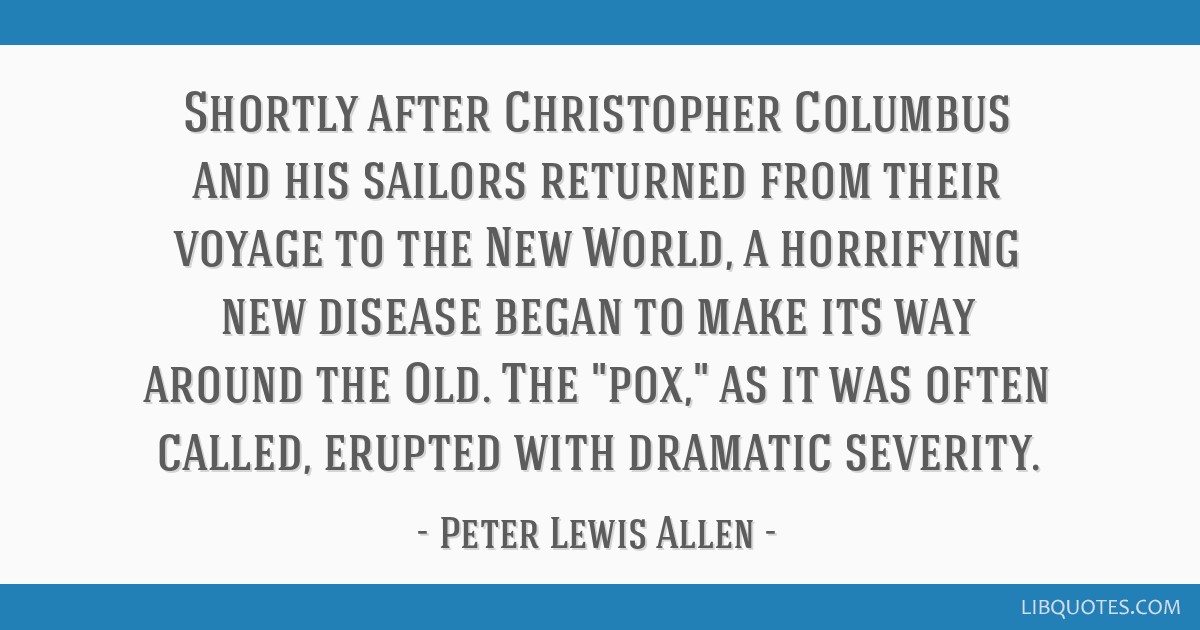 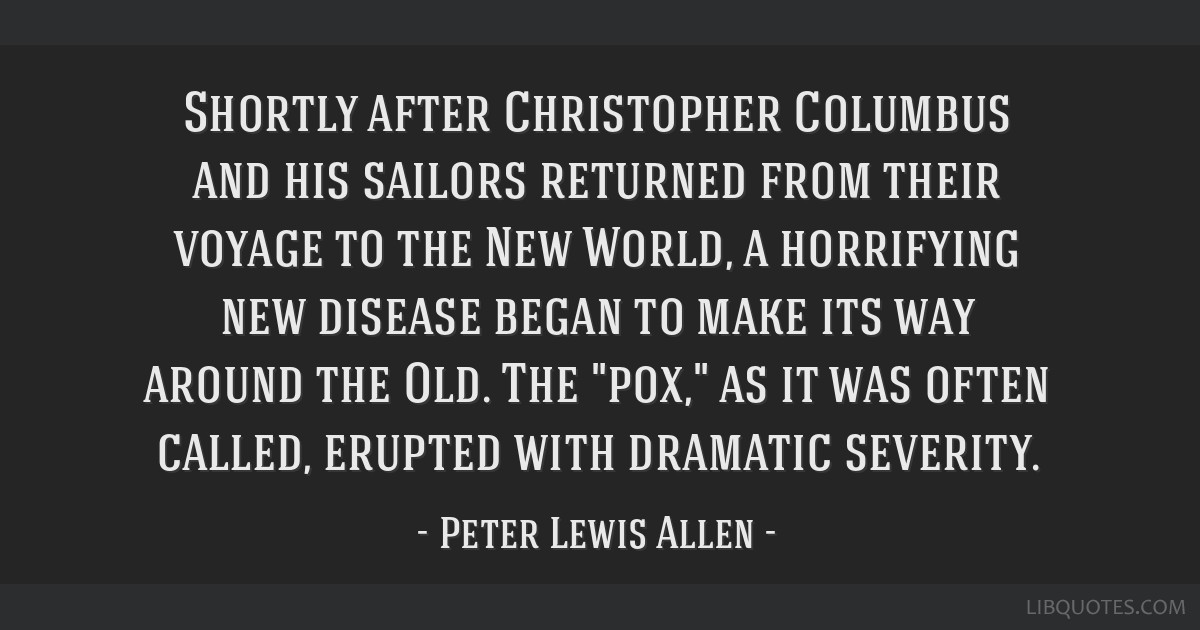 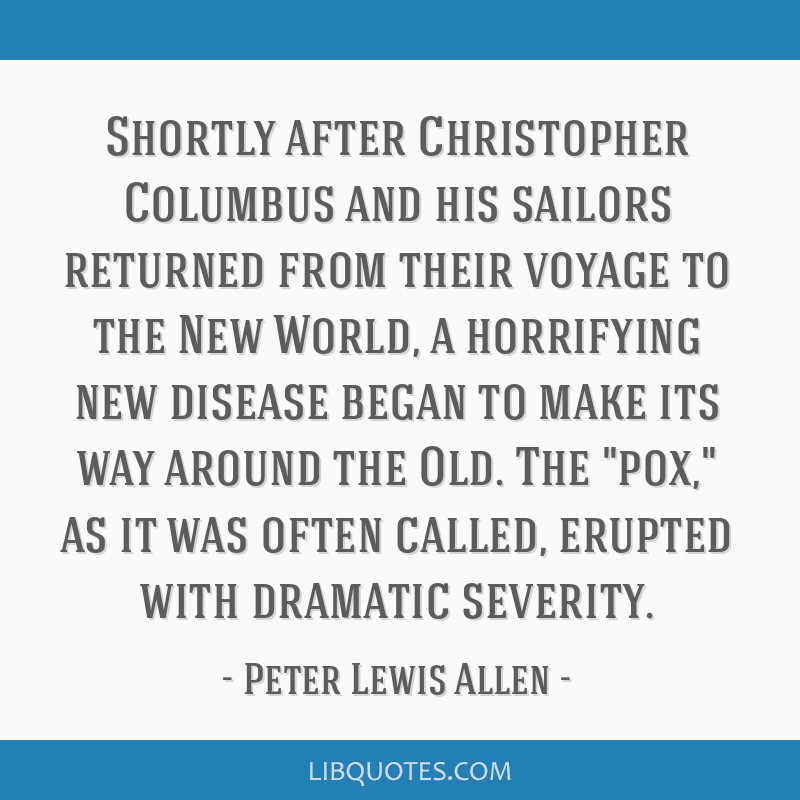 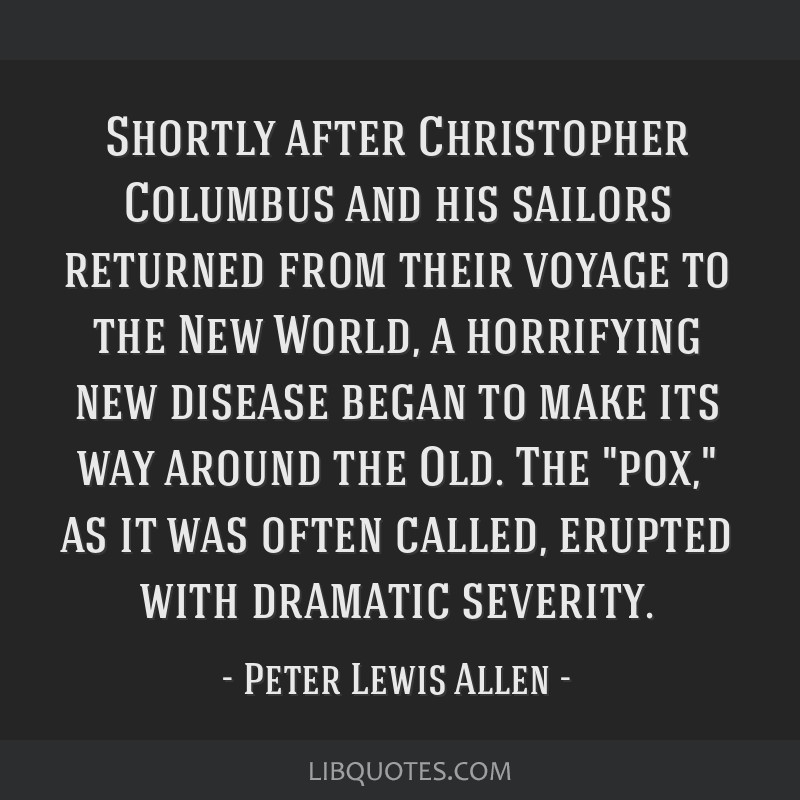