Peter I of Russia Quotes

Alas! I have civilized my own subjects; I have conquered other nations; yet I have not been able to civilize or to conquer myself.

Peter I of Russia

Peter I of Russia 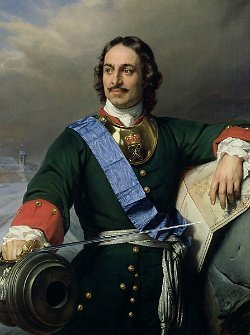 Creative Commons
Born: June 9, 1672
Died: February 8, 1725 (aged 52)
Bio: Peter the Great, Peter I or Peter Alexeyevich ruled the Tsardom of Russia and later the Russian Empire from 7 May 1682 until his death, jointly ruling before 1696 with his elder half-brother, Ivan V.