Inspired by the teachings of Smohalla, Chief Joseph of the Nez Percé in Idaho rebelled in 1877. Before he was trapped only thirty miles short of refuge in Canada, he had consistently outwitted and outfought a superior United States Army... although he forbade his warriors to scalp or to torture, the Whites massacred his women and children. 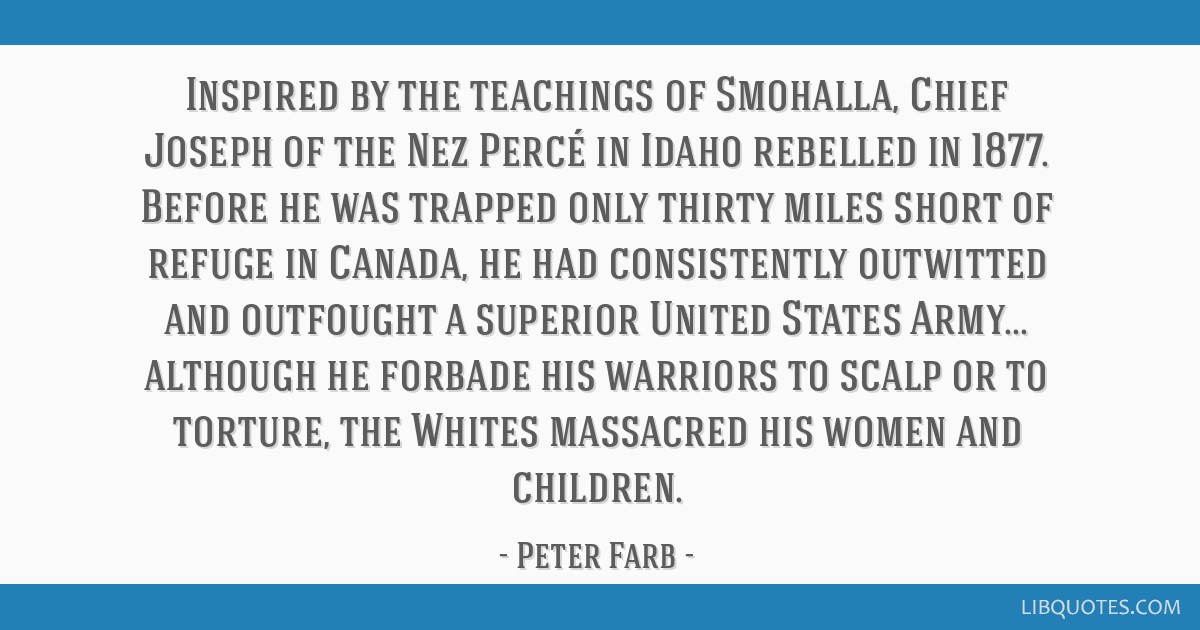 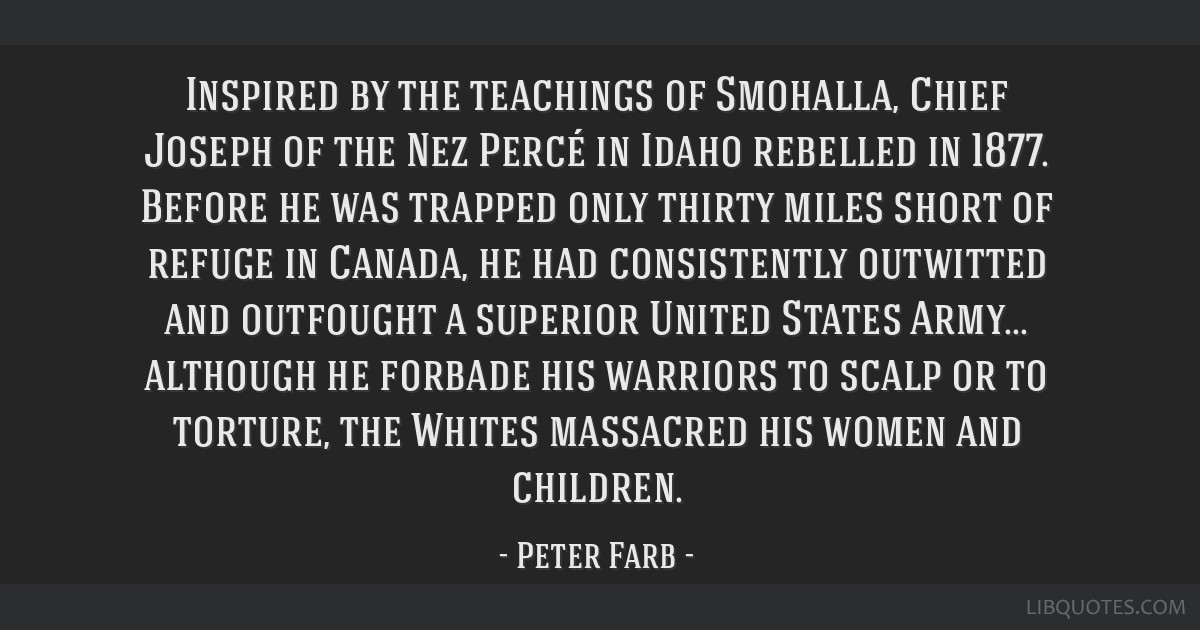 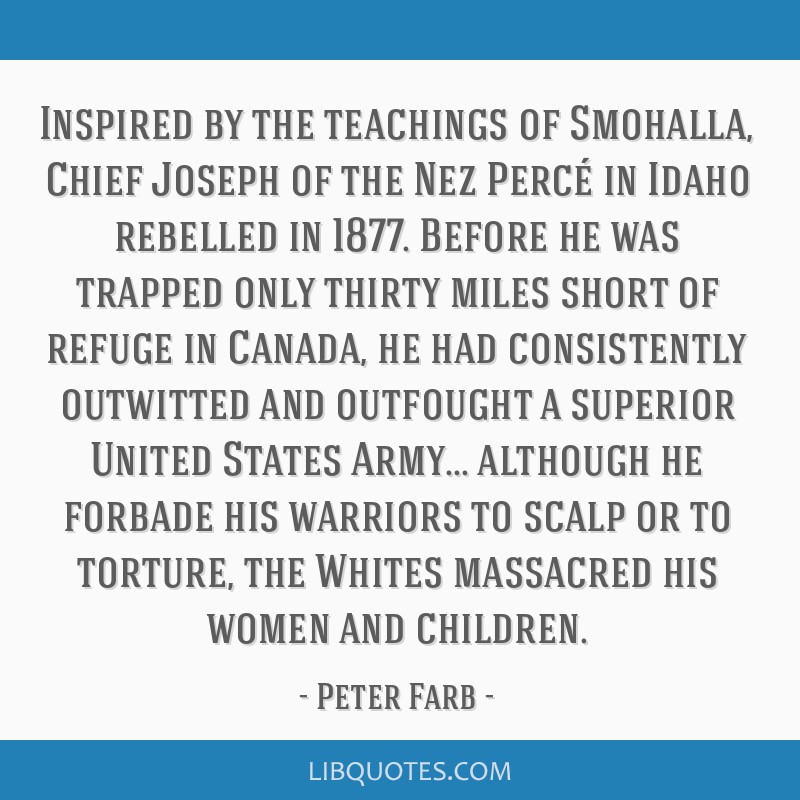 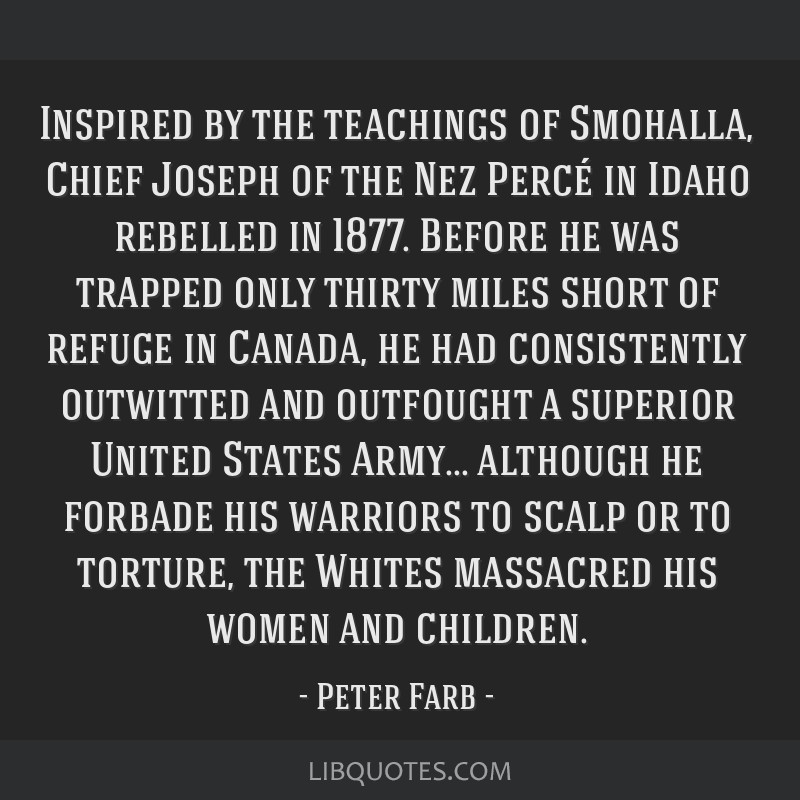