"You don't believe in God," I said to Stein. "God is a word banging around in the human nervous system. He exists about as much as Santa Claus." "Santa Claus has had a tremendous influence, exist or not." "For children." "Lots of saints have died for God with a courage that's hardly childish." "That's part of the horror. It's all a fantasy. It's all for nothing." 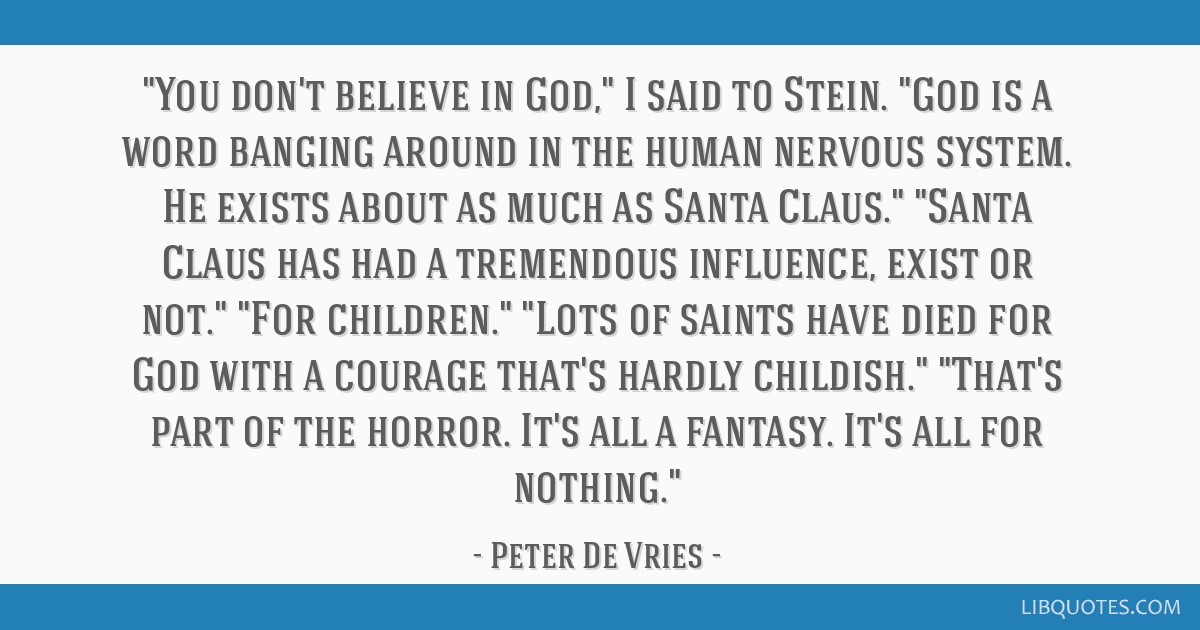 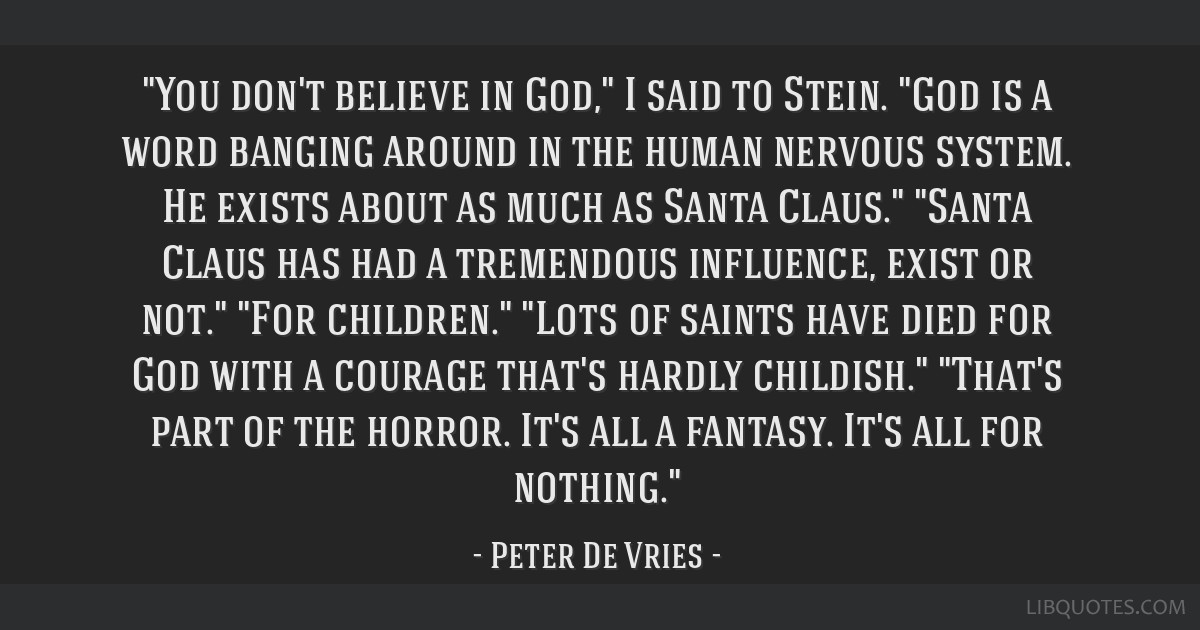 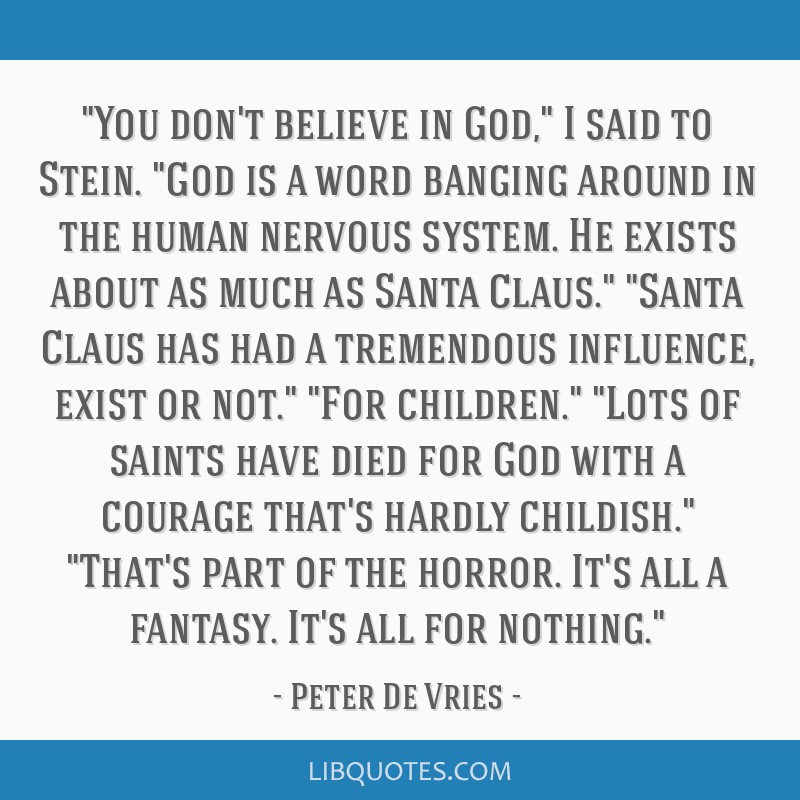 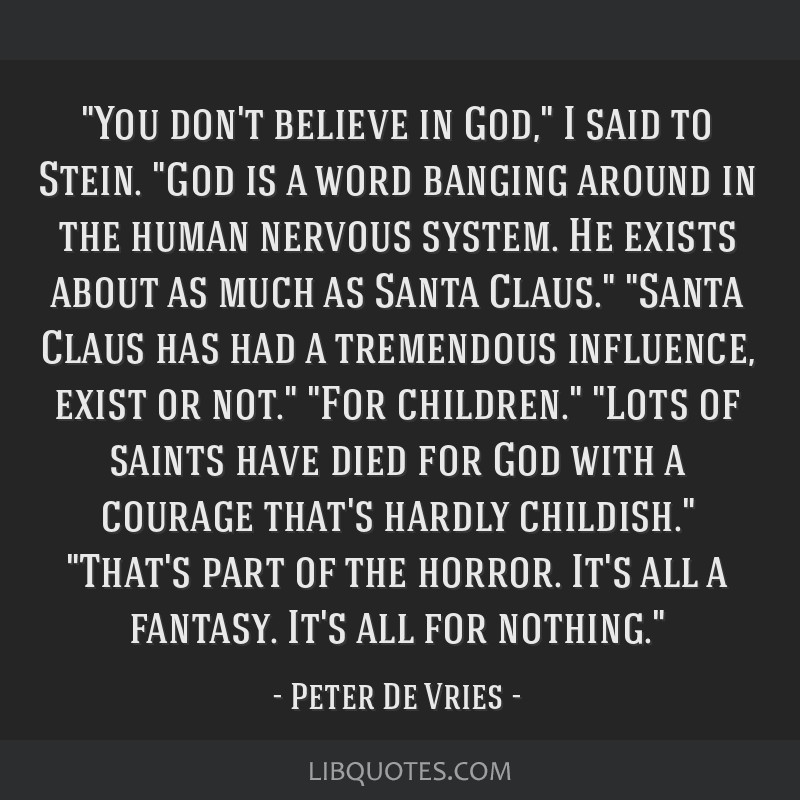 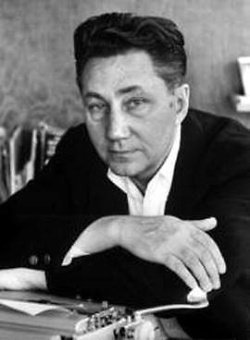