If the famous Clementi, whom I found here (Italy) in the year 1766, and bought of his father for seven years, is not still a Catholic, the fault is not with me.—I assured the Pope I would not endeavour to convert him. Meeting him one Sunday when we were in the country, I asked him—" Why he did not go to mass" (there was a Catholic chapel about ten miles distant) : he said—" There was no horse."—" No horse! Why don't you take the grey horse?"—"O quello, Signore, scappa via.(O that one, Gentleman, run off.)"—" Take then the black poney."—" E quello casca subito.(And that one falls quickly.)" So what with the horse that fell, and the horse that ran away, I fear Signior Clementi attended mass as seldom as you do a sermon. 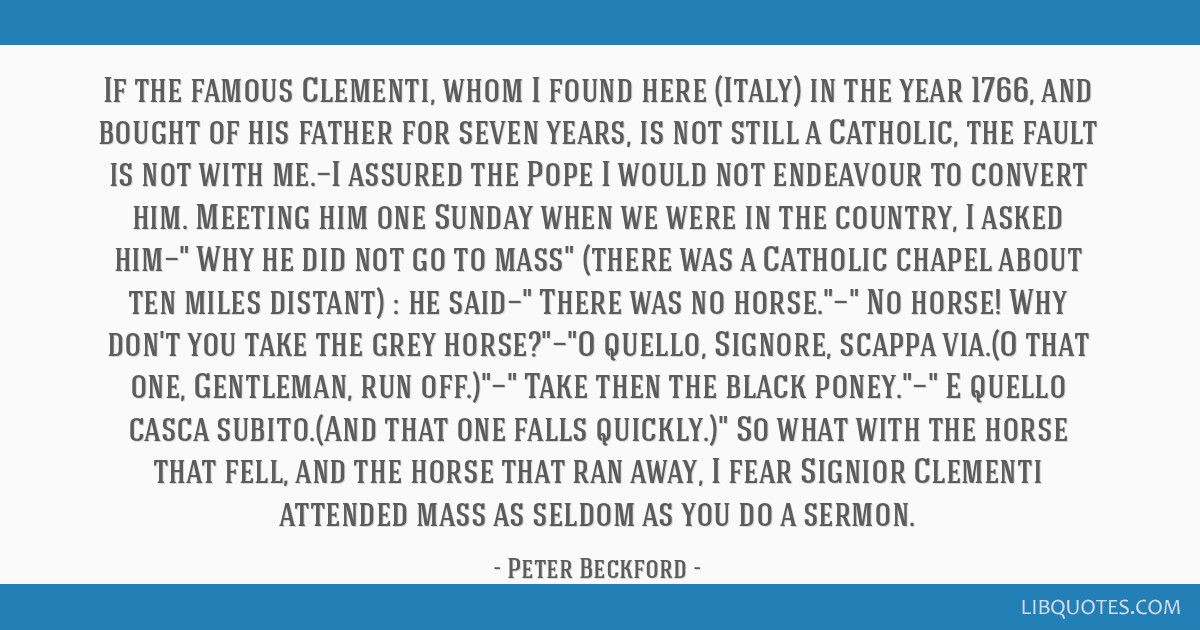 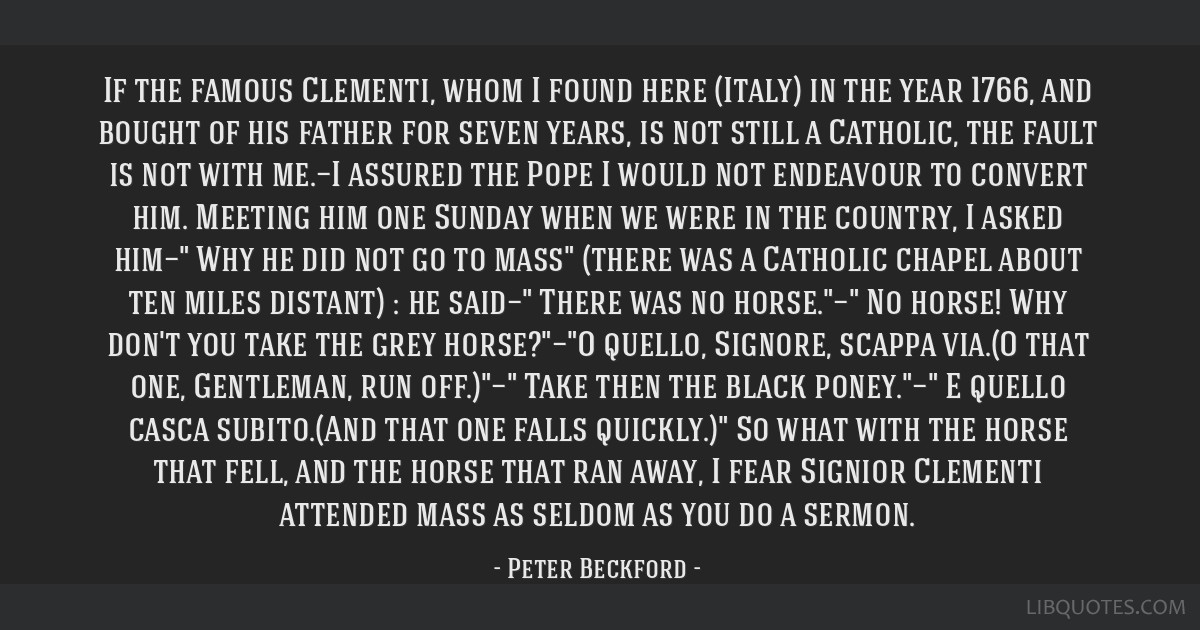 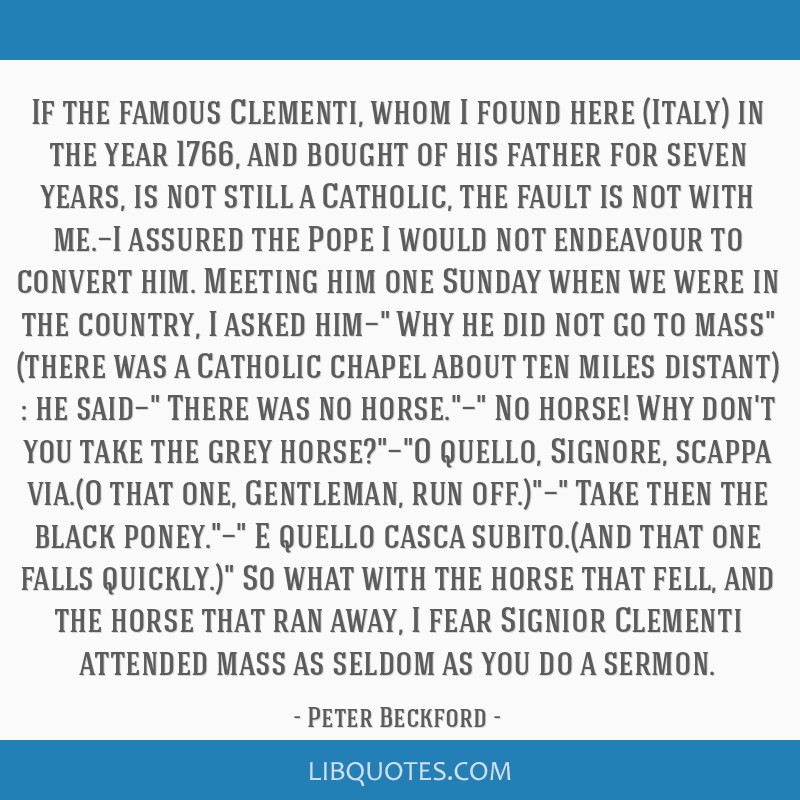 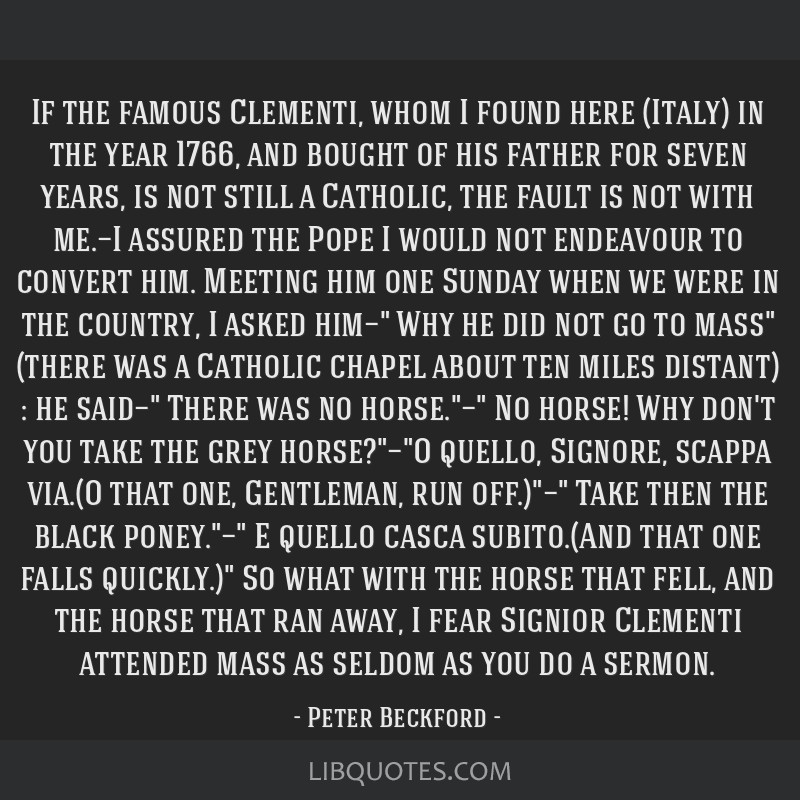