Two things are to blame for our predicament, one a corollary of the other. The first reason is that we did not have enough troops in Samarra. The skill and courage of 150 American soldiers prevented chaos, but was never enough to fully secure a city of 120,000 people or maintain the rule of law [...] Second, because of a lack of troops, American military leaders are forced to make a choice between mission objectives and self-preservation. 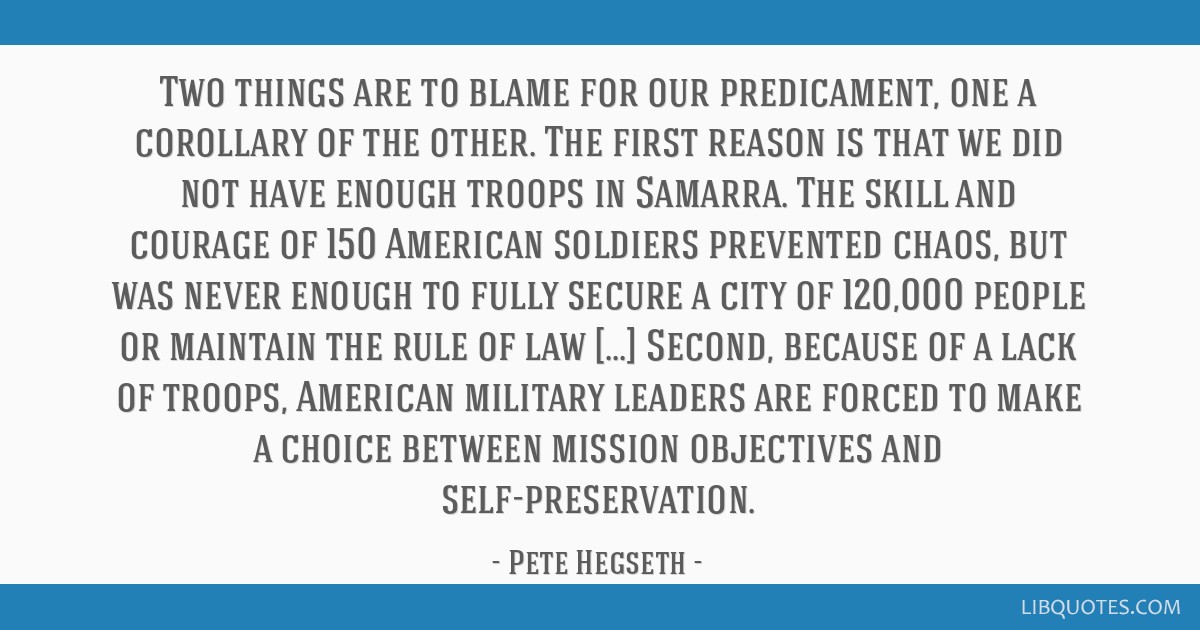 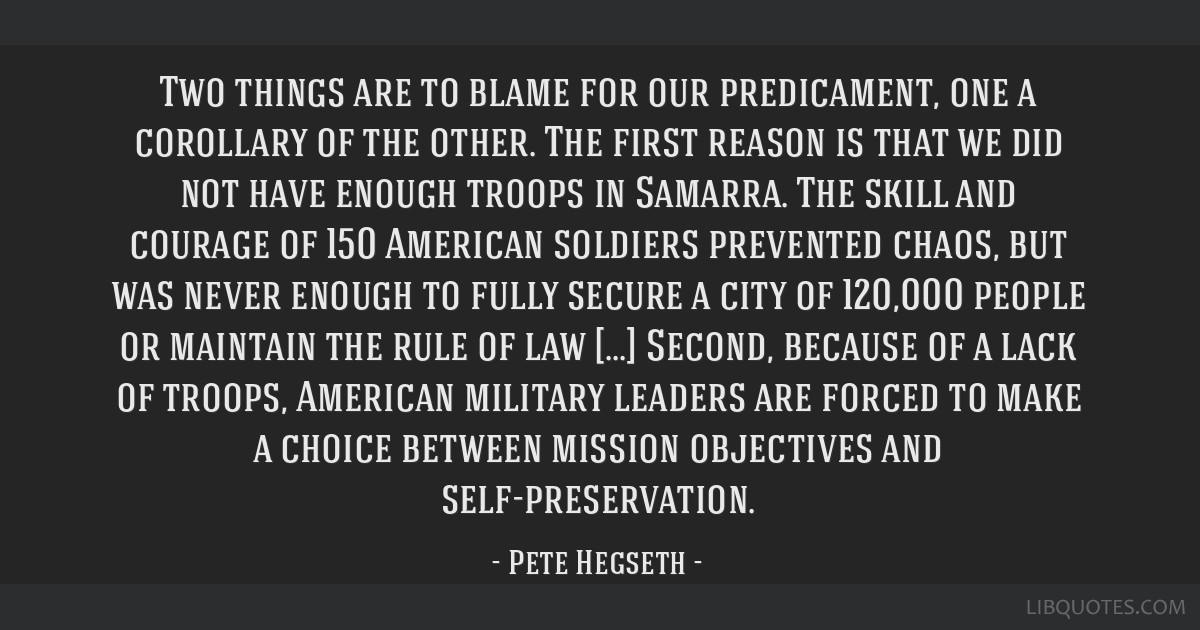 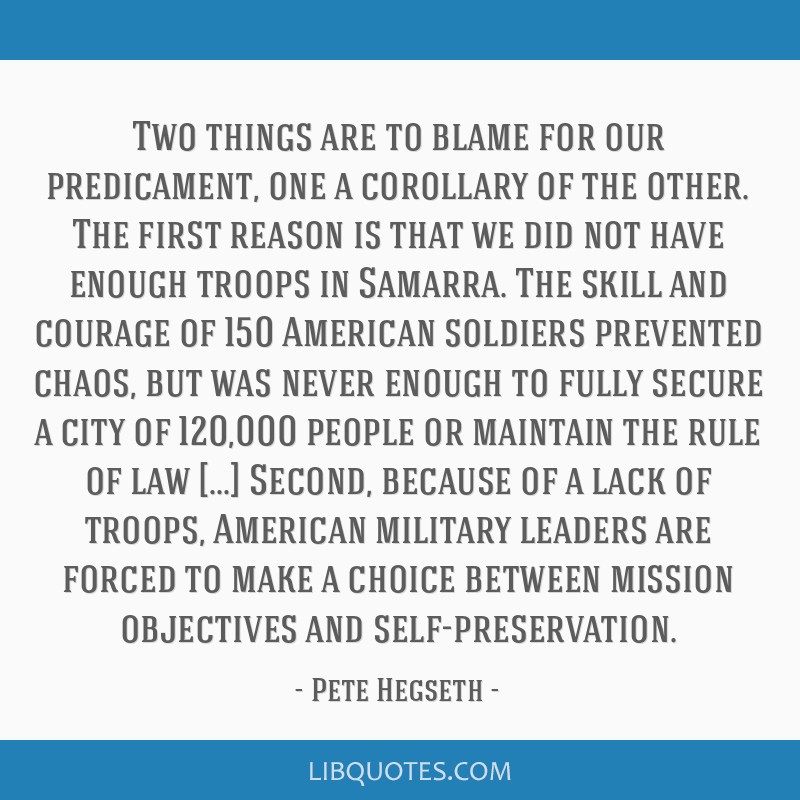 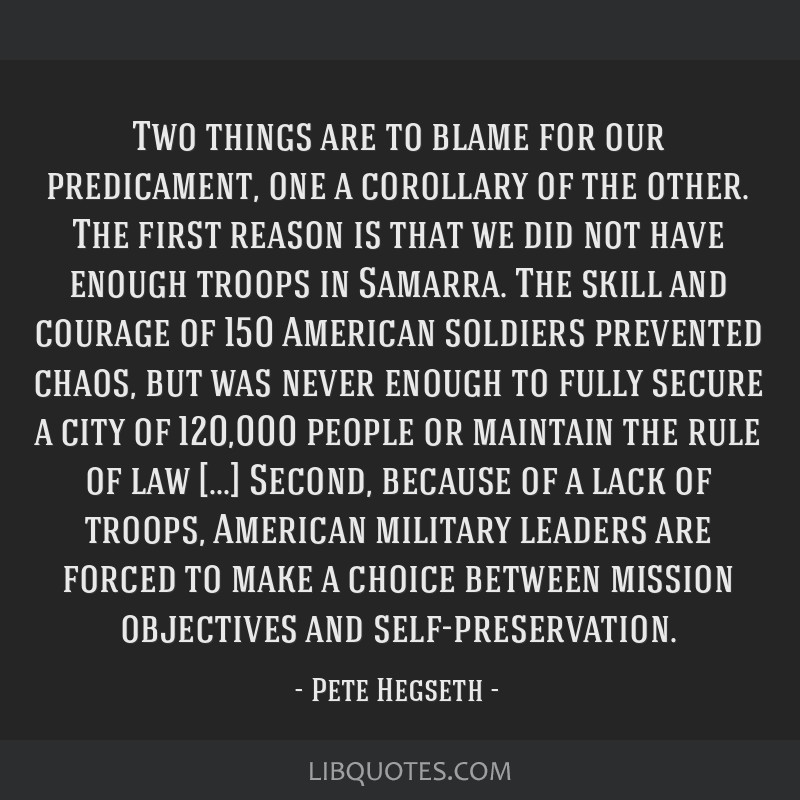 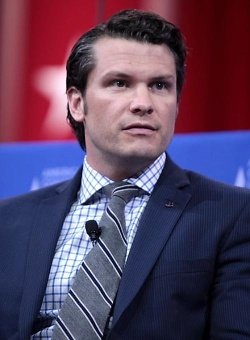