At the very time that philosophers of the most enterprising benevolence were founding in Greece those institutions which have rendered it the wonder and luminary of the world, am I required to believe that the weak and wicked king of an obscure and barbarous nation, a murderer, a traitor and a tyrant, was the man after God's own heart? 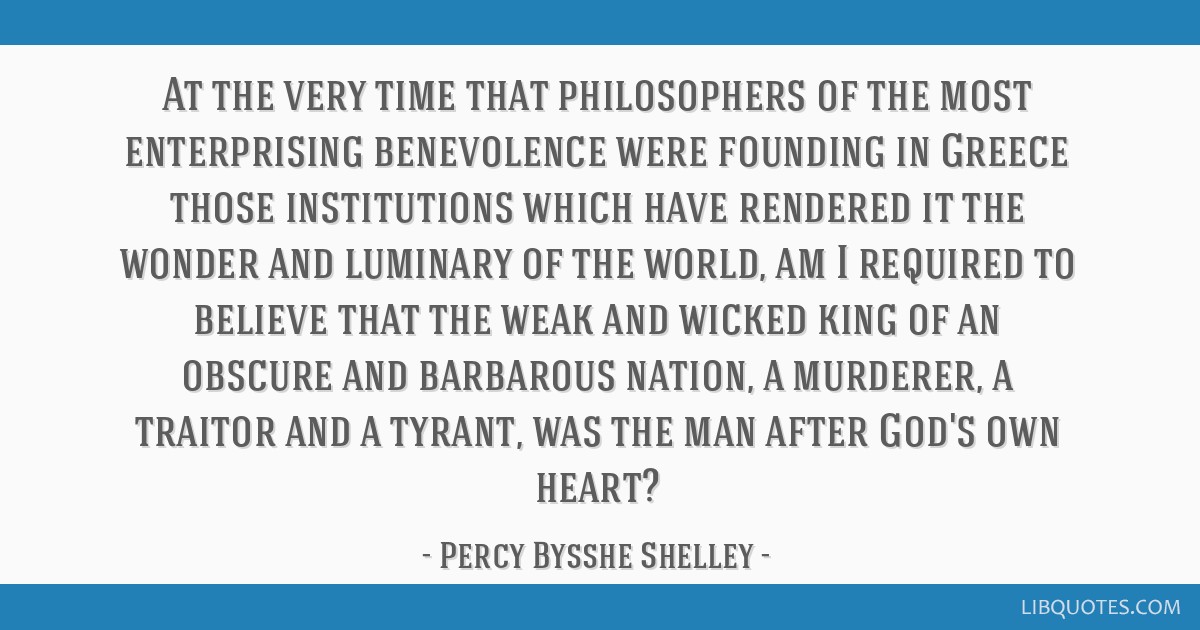 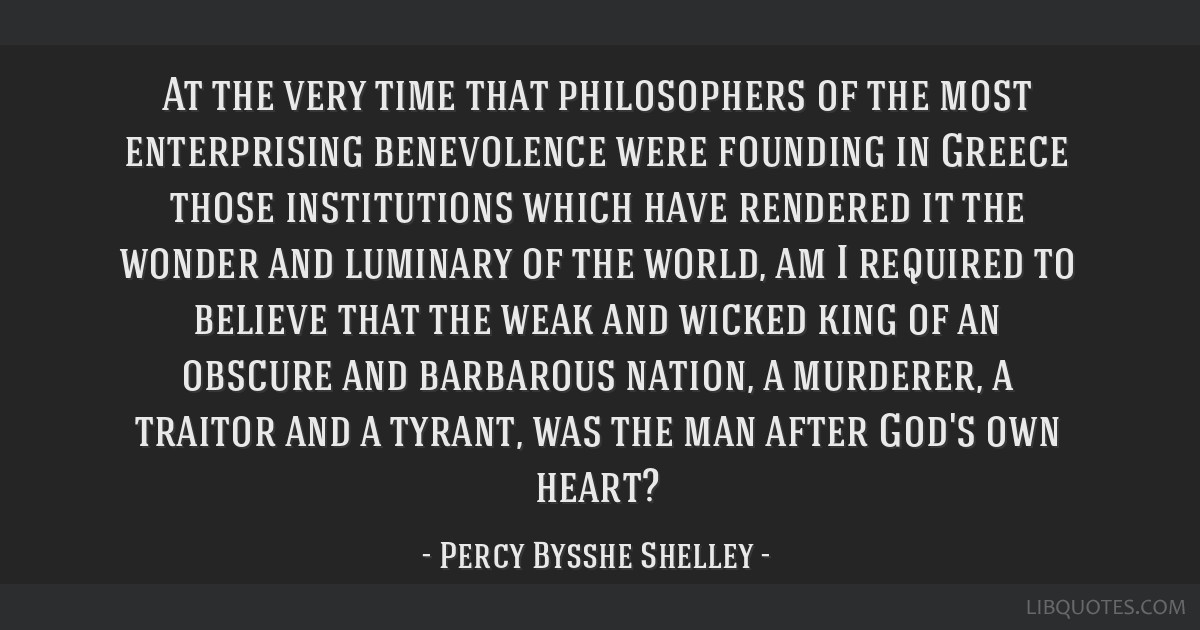 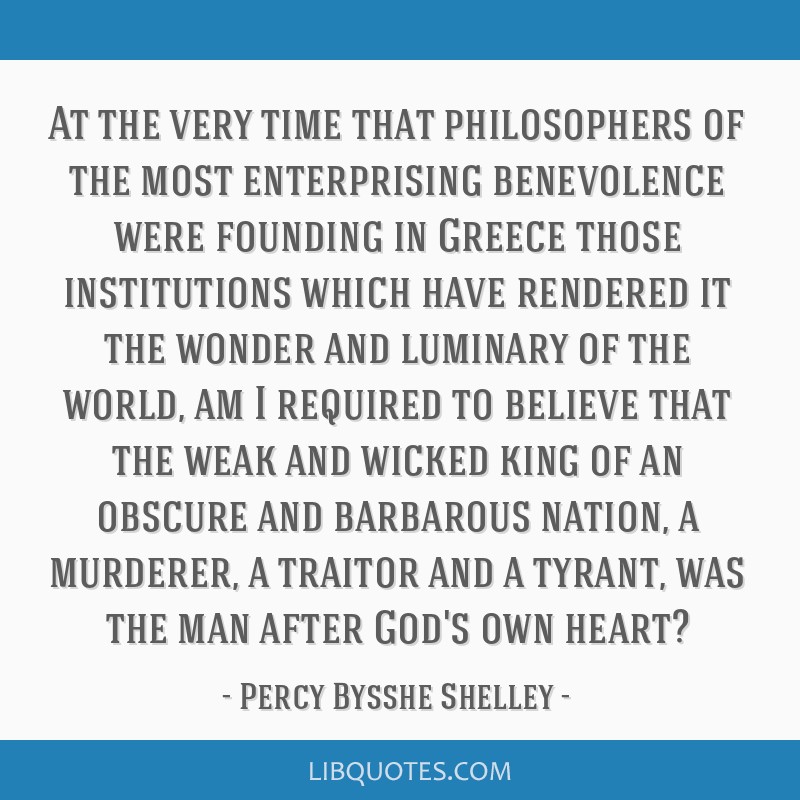 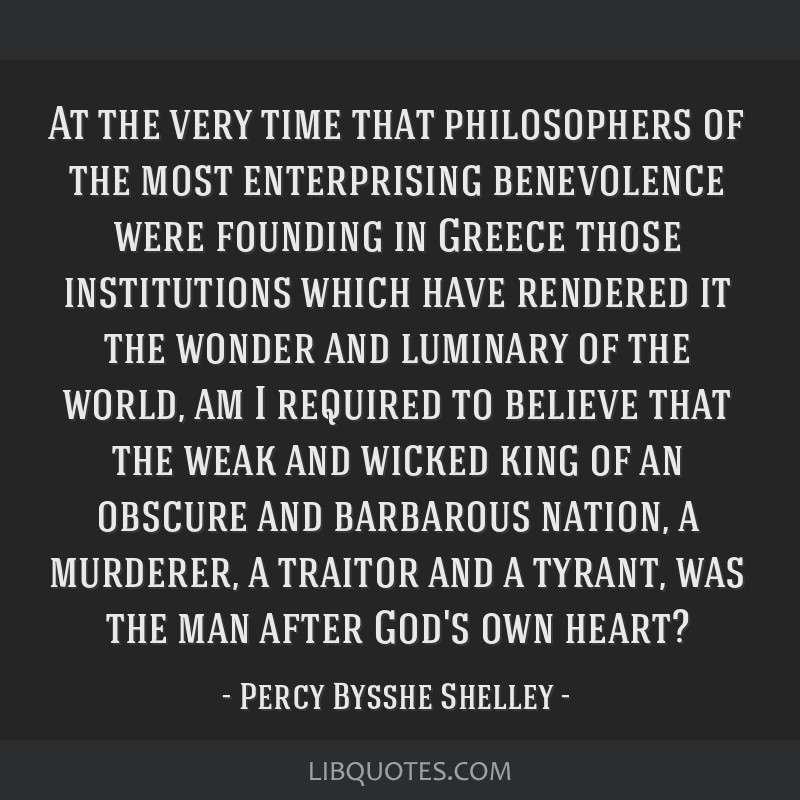 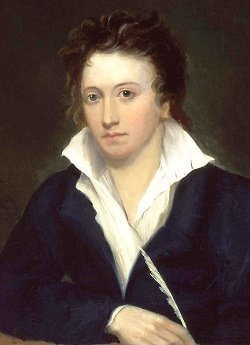