Because she jumbles up so many cultural categories, because she is a feminist not in the Yale Gender Studies sense but the How Do I Reload This Thang way, because she is a woman who in style, history, moxie and femininity is exactly like a normal American feminist and not an Abstract Theory feminist; because she wears makeup and heels and eats mooseburgers and is Alaska Tough, as Time magazine put it; because she is conservative, and pro-2nd Amendment and pro-life; and because conservatives can smell this sort of thing — who is really one of them and who is not — and will fight to the death for one of their beleaguered own; because of all of this she is a real and present danger to the American left, and to the Obama candidacy. 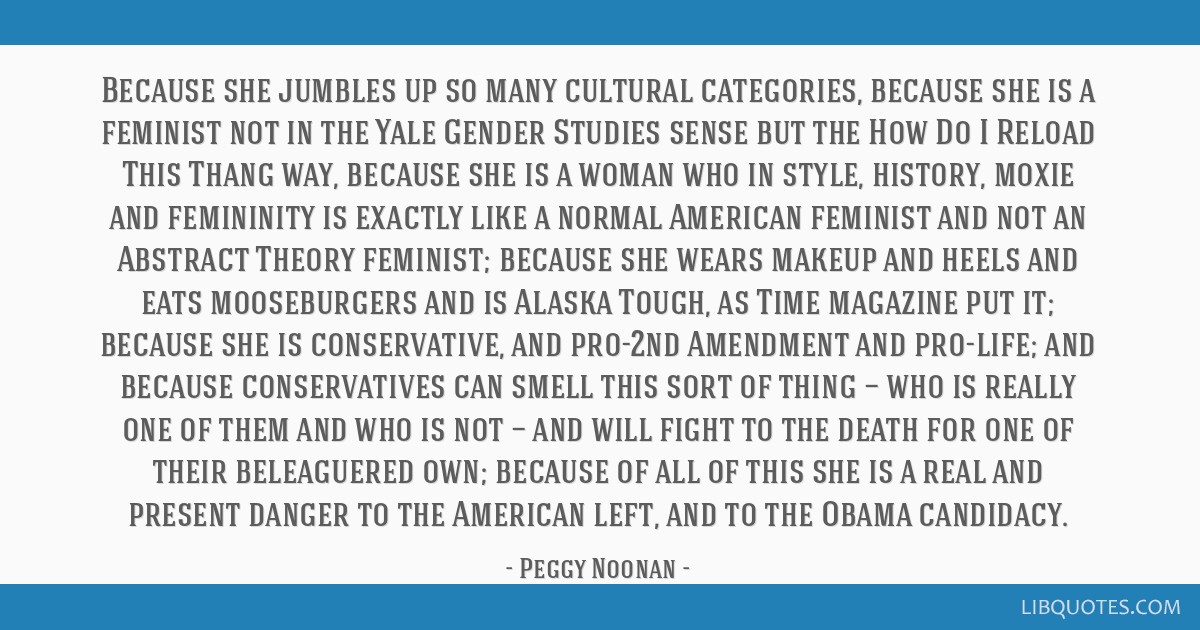 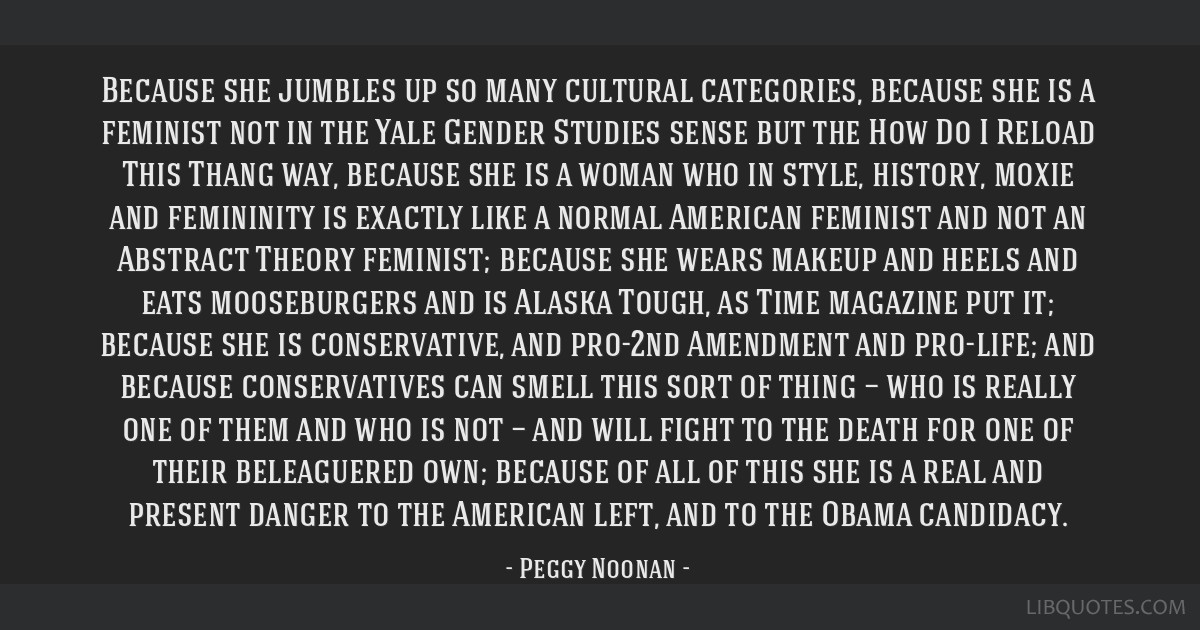 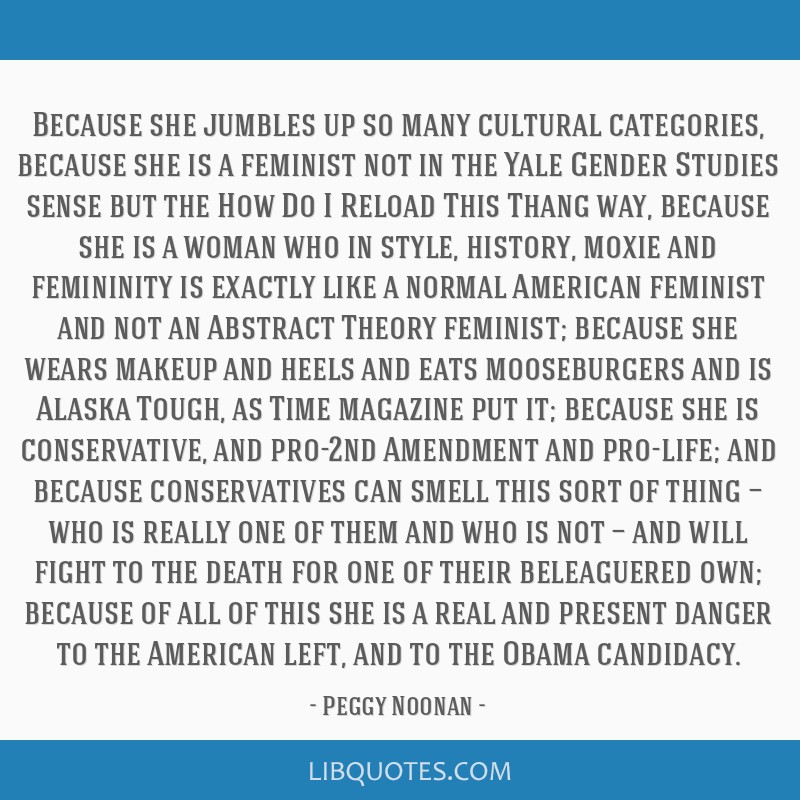 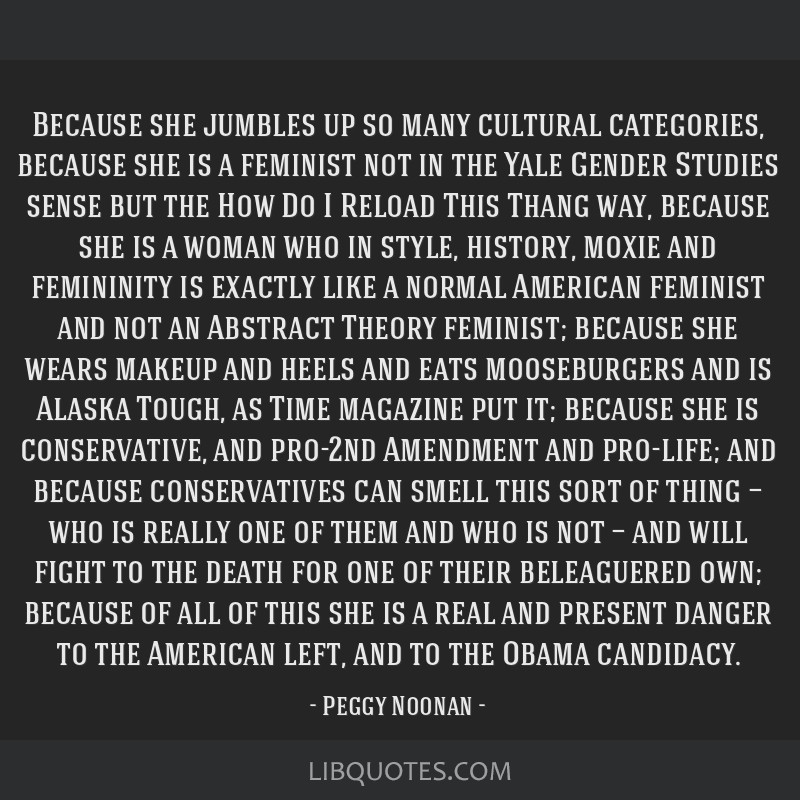 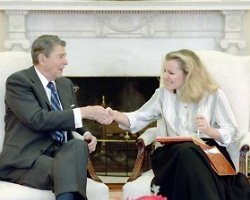