For the first time since I began acting, I feel that I've found my place in the world, that there's something out of my own culture which i can express and perhaps help others preserve.. i have found out now that the African natives had a definite culture a long way beyond the culture of the Stone age... an integrated thing, which is still unspoiled by western influences... I think the Americans will be amazed to find how many of the modern dance steps are relics of African heritage. 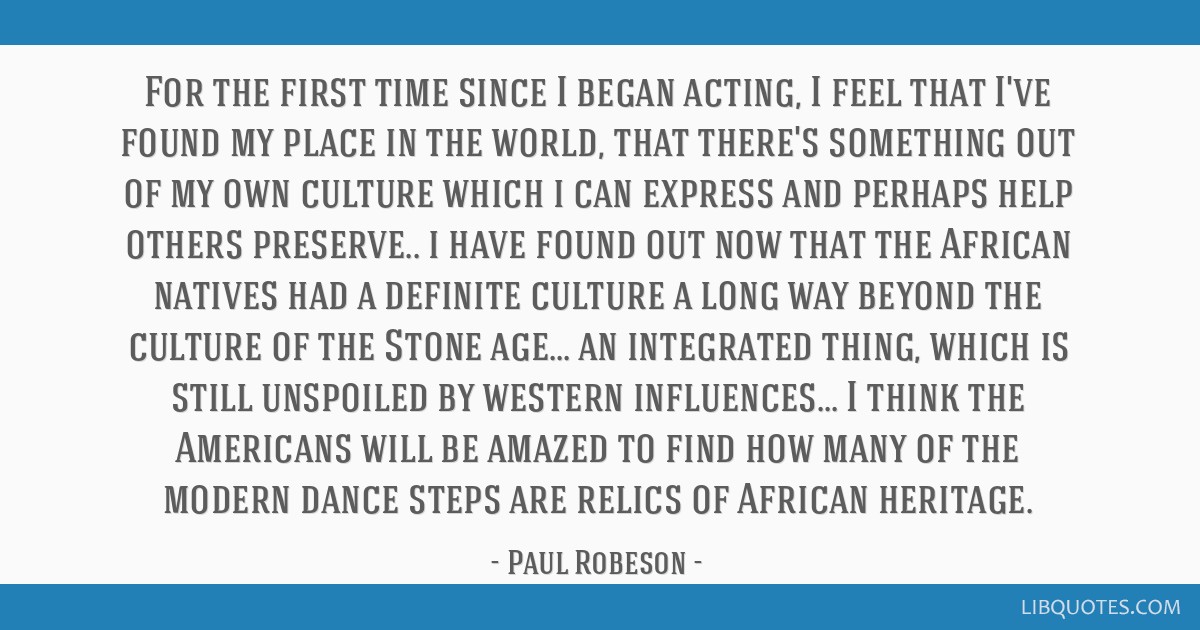 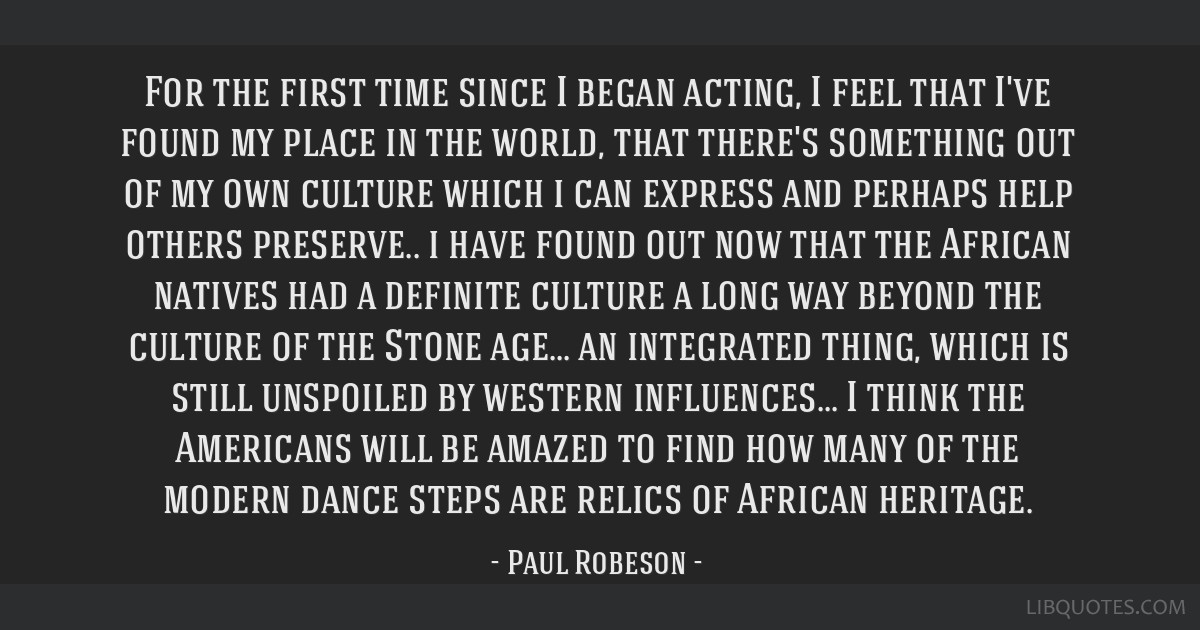 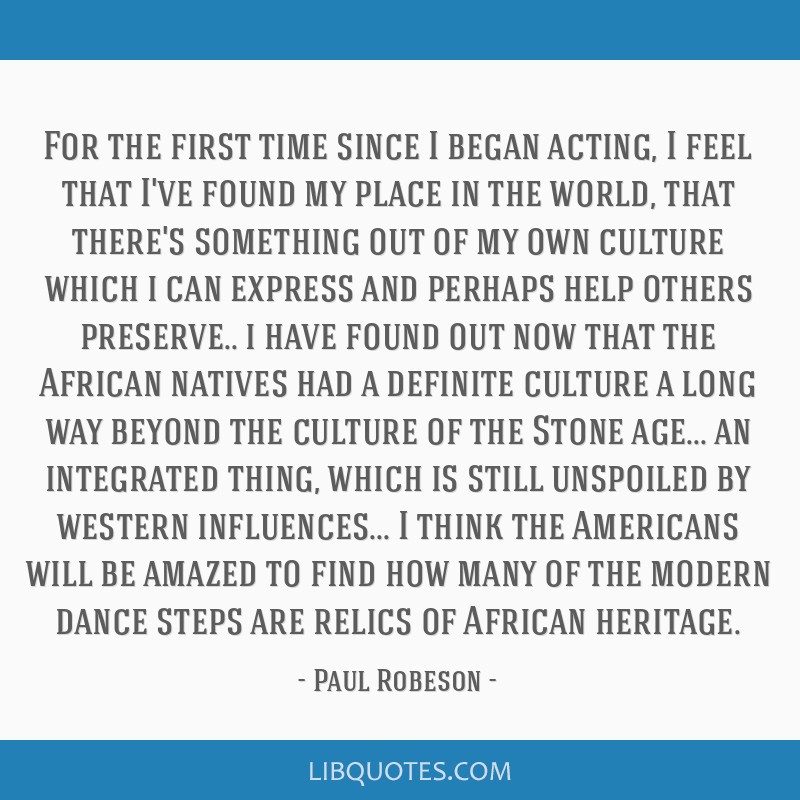 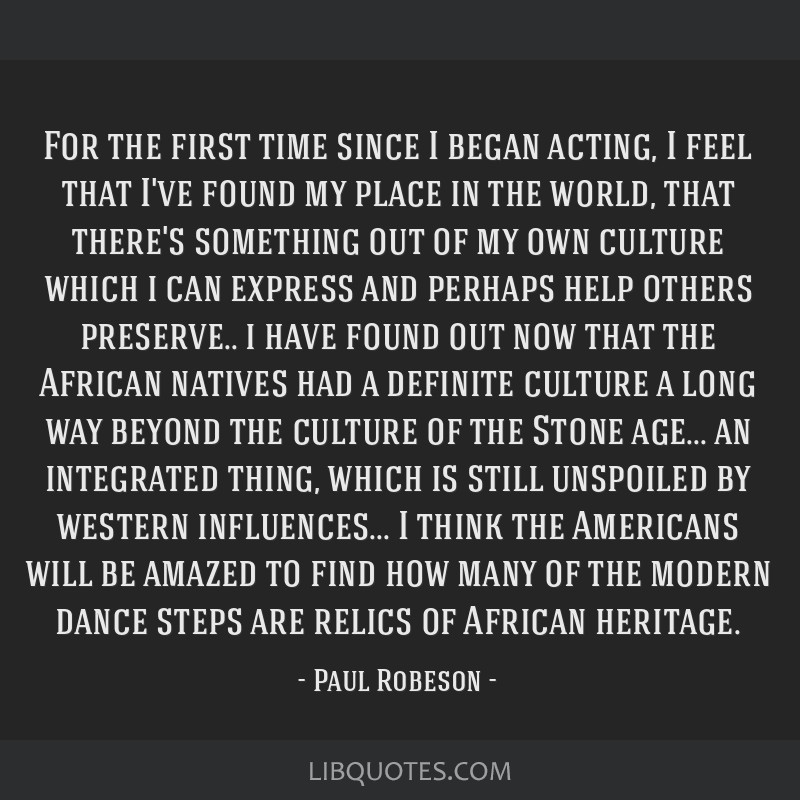 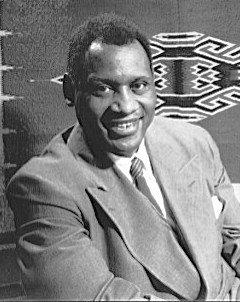