I really wish the people that look sort of in anger at the 'weirdos,' at the happenings, at the psychedelic freak-out, would instead of just looking with anger, just look with nothing; with no feeling; be unbiased about it. They really don't realize that what these people are talking about is something that they really want themselves. It's something that everyone wants. You know, it's personal freedom to be able to talk and be able to say things And it's dead straight! It's a real sort of basic pleasure for everyone. But it looks weird from the outside. 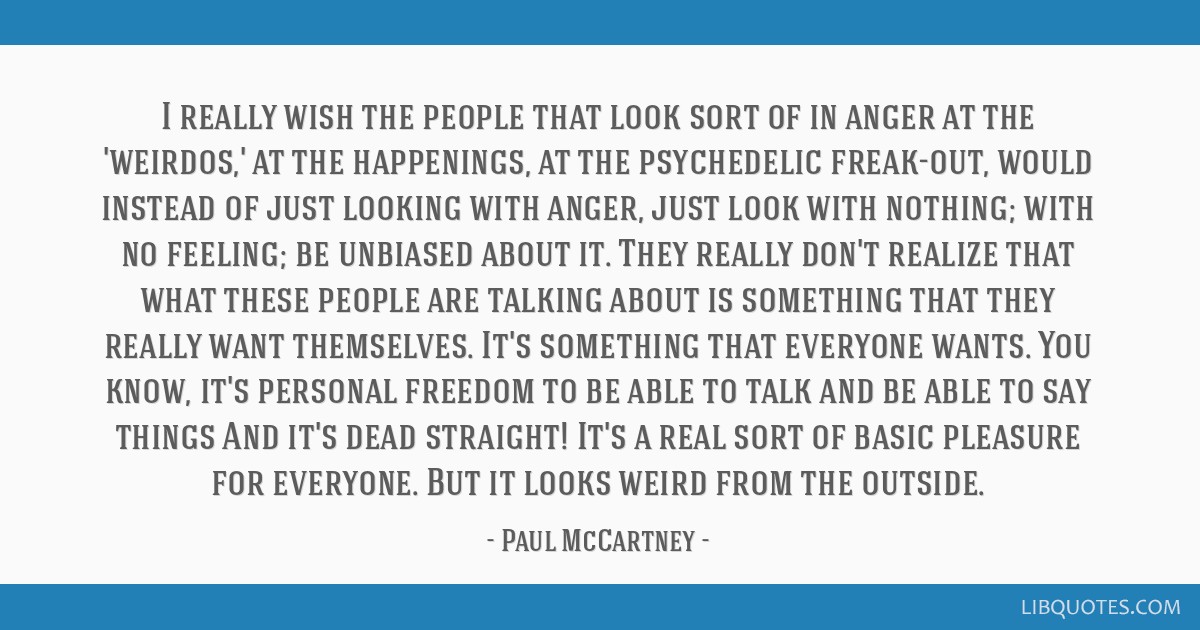 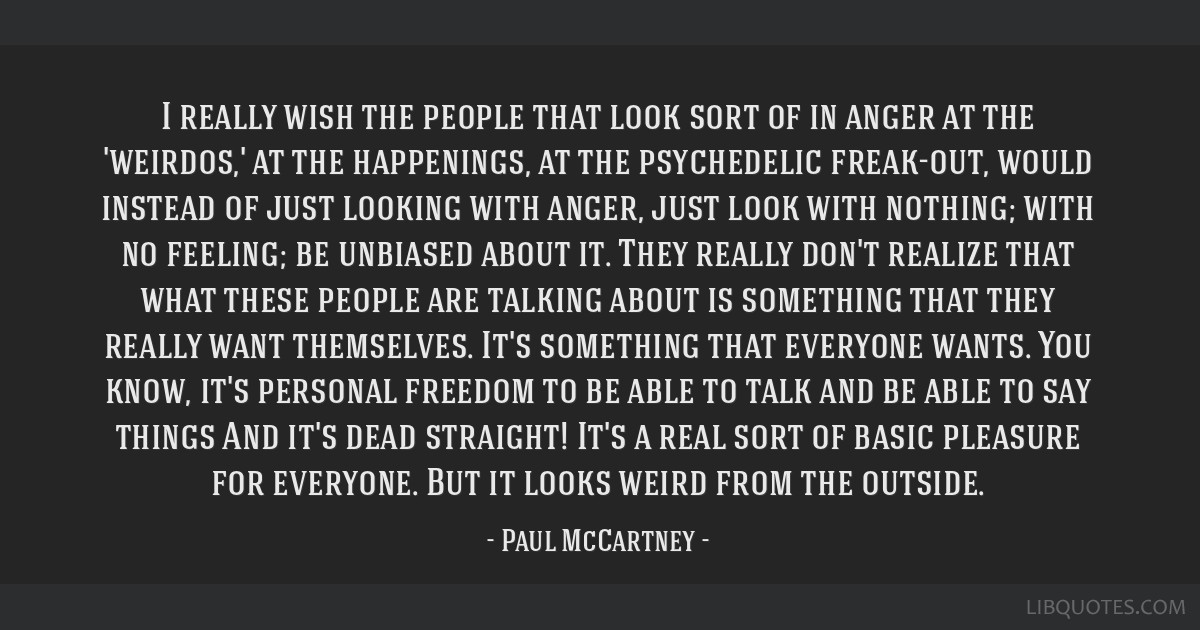 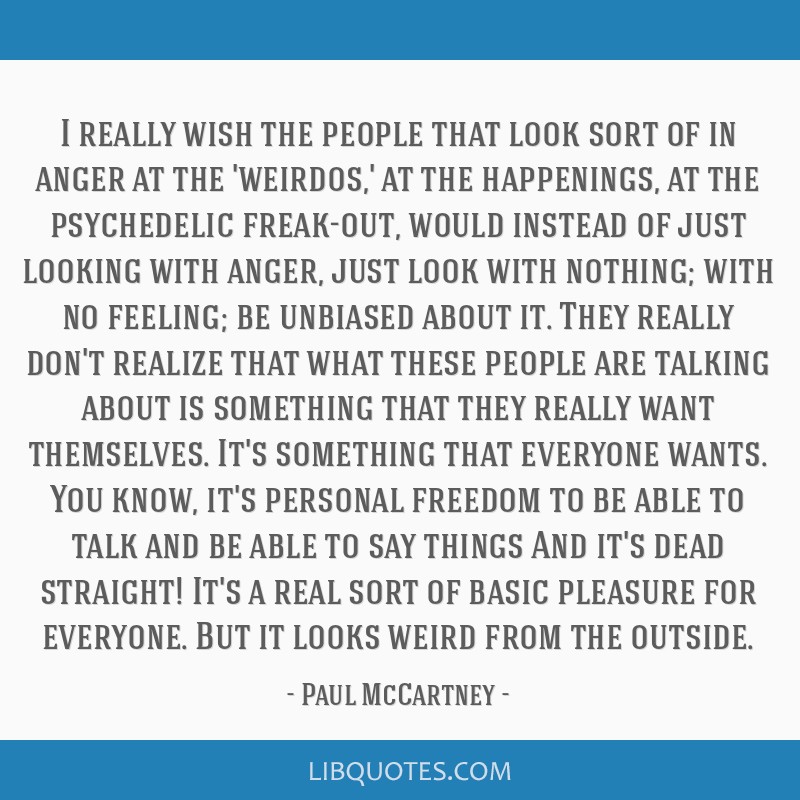 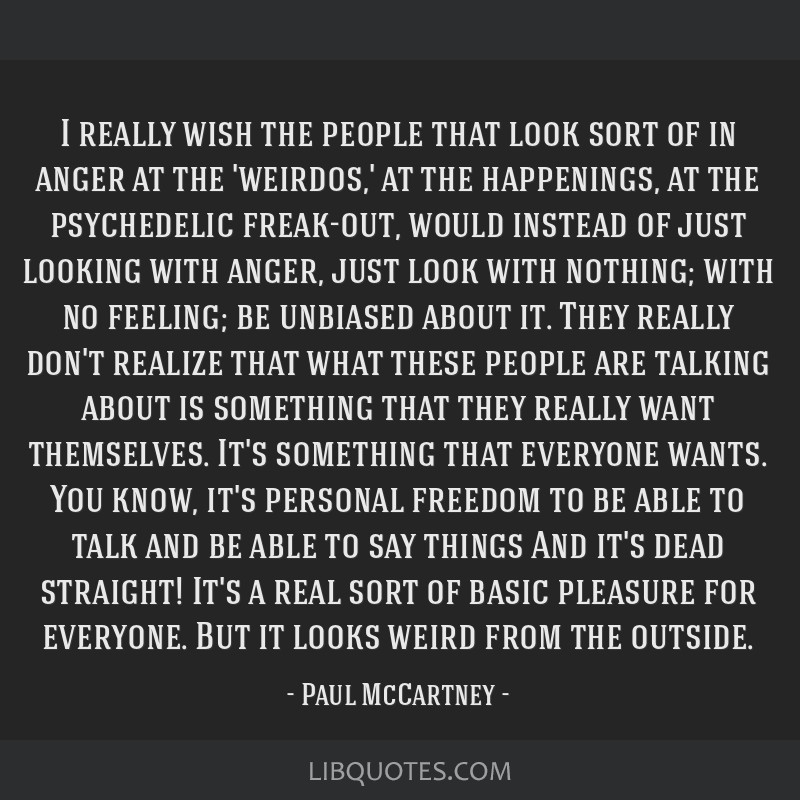 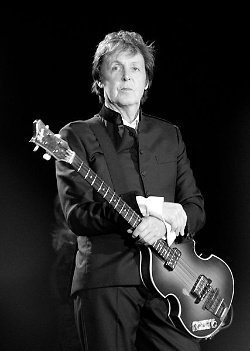