Television people have put blinders on and they absolutely refuse—and movie people too—to admit that they can have any influence for ill in our society. You know the argument: 'We only reflect what's going on. We do not perpetuate it.' And yet not a week goes by in this town where there's not an award ceremony where they're patting each other on the back, saying, 'You raised AIDS awareness' [or] 'There'll be no more child abuse thanks to this fine show you did.' The argument is you can only do influence for good; you can't influence for ill. That makes no sense at all. 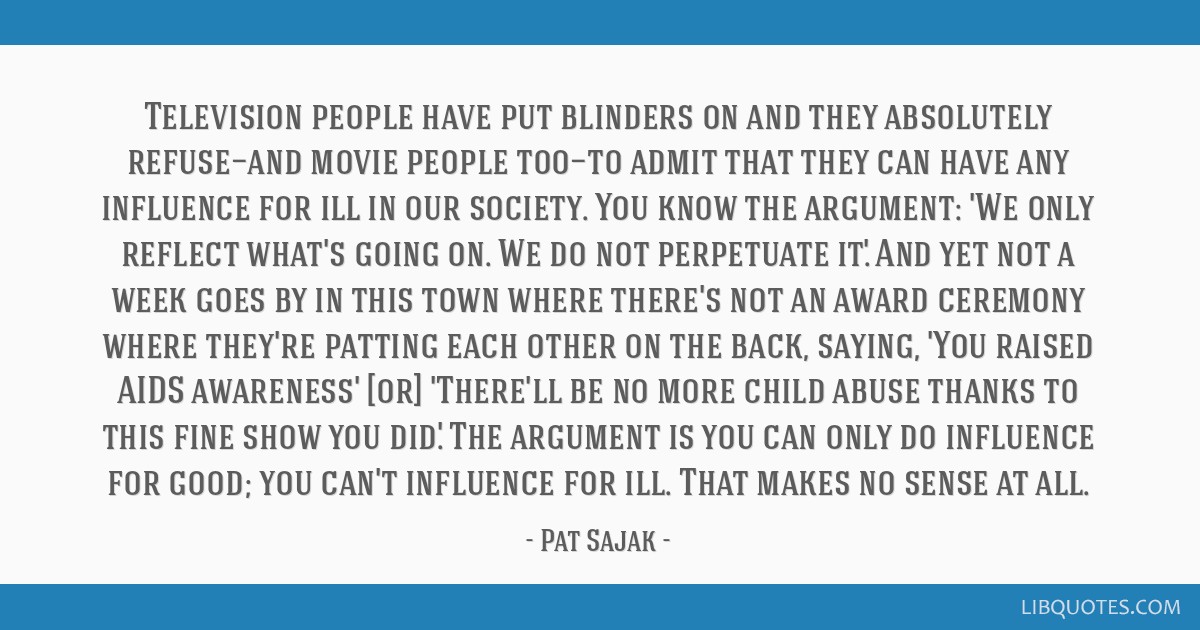 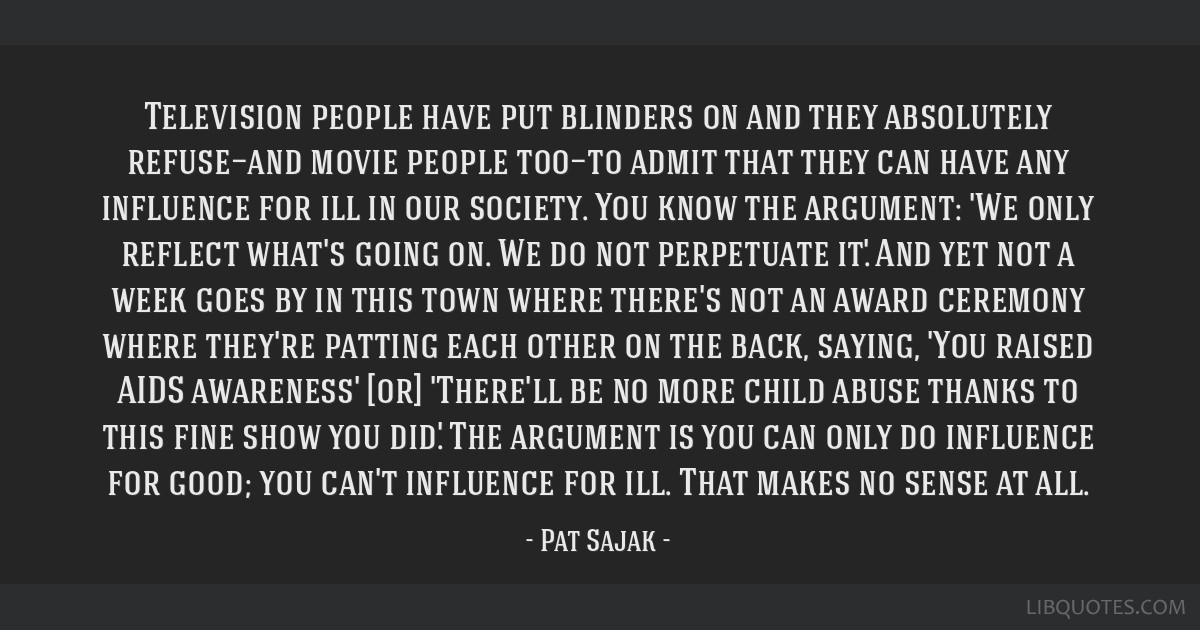 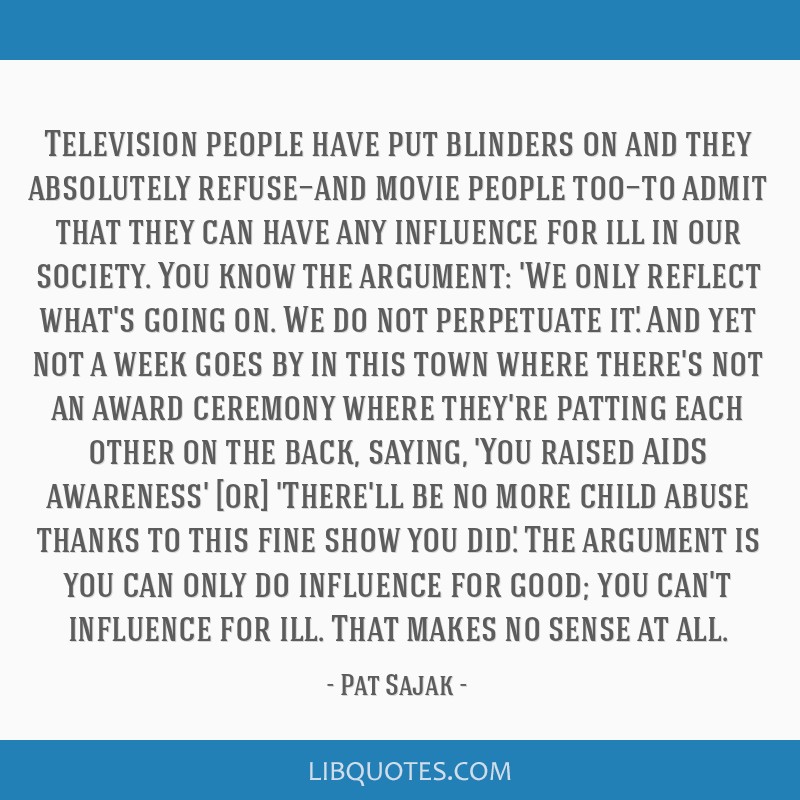 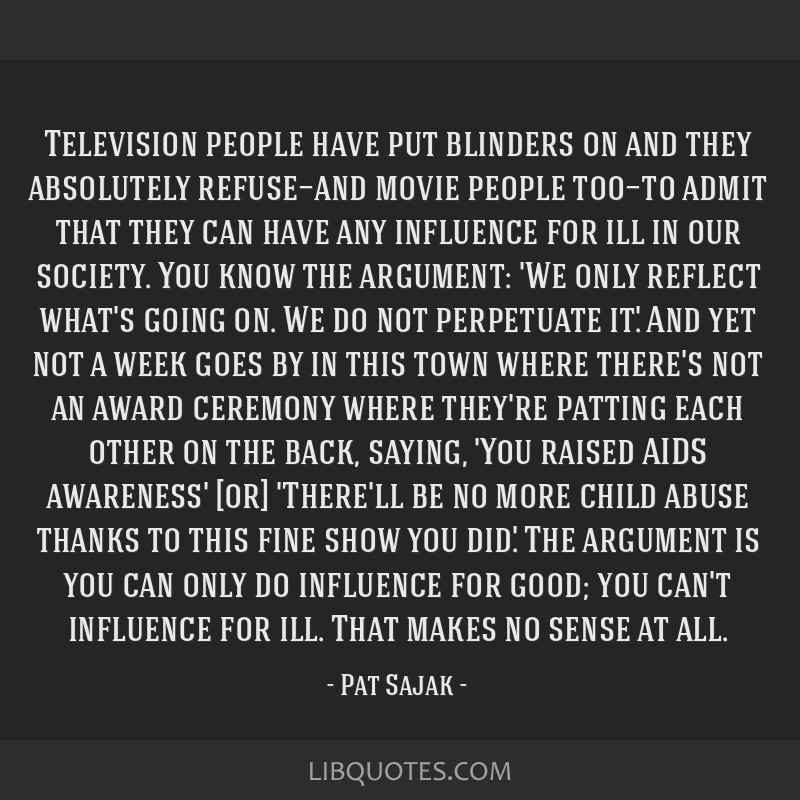 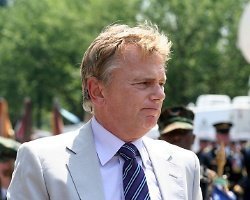