Once again we see Islam self-detonate (if you'll pardon the expression) and show once again why it's about as welcome on this planet as an asteroid. Once again we see thousands of Islamic nutcases take time out from beating up their wives to show their sensitive side. How? By smashing up the towns they live in, egged on by clerical ignoramuses whose motives are even lower than the literacy level of their followers. And once again we in the civilised world are being urged to censor ourselves out of respect for a religion that violates the human rights of half the people on the planet and that doubles as a political ideology indistinguishable from Nazism. It would be funny if it wasn't so obscene. 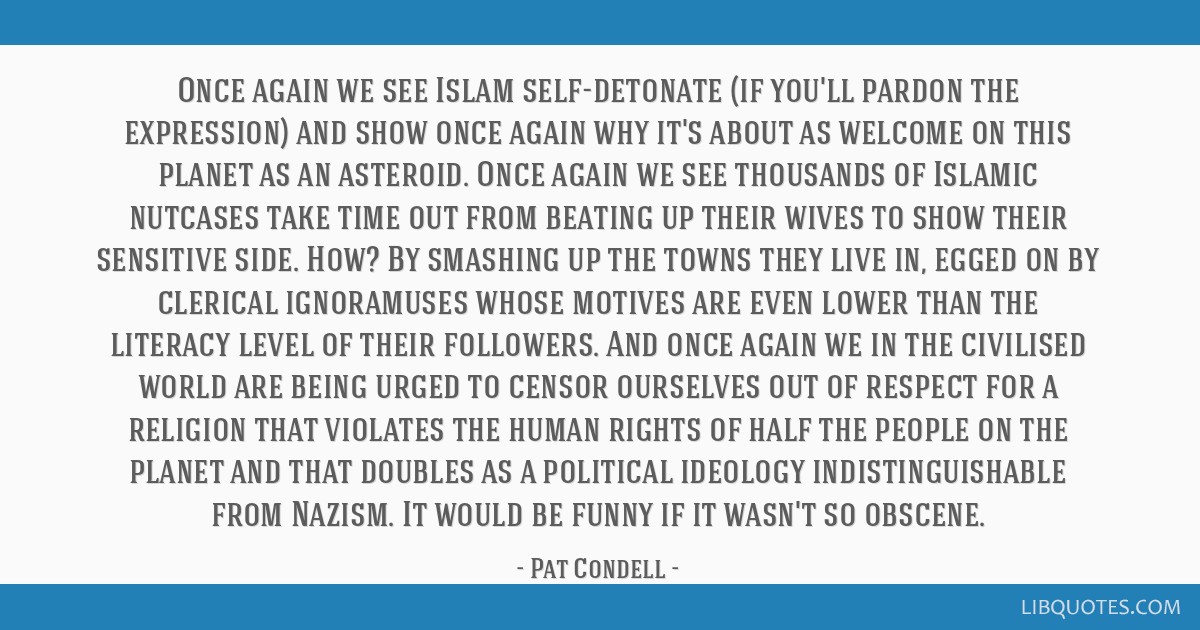 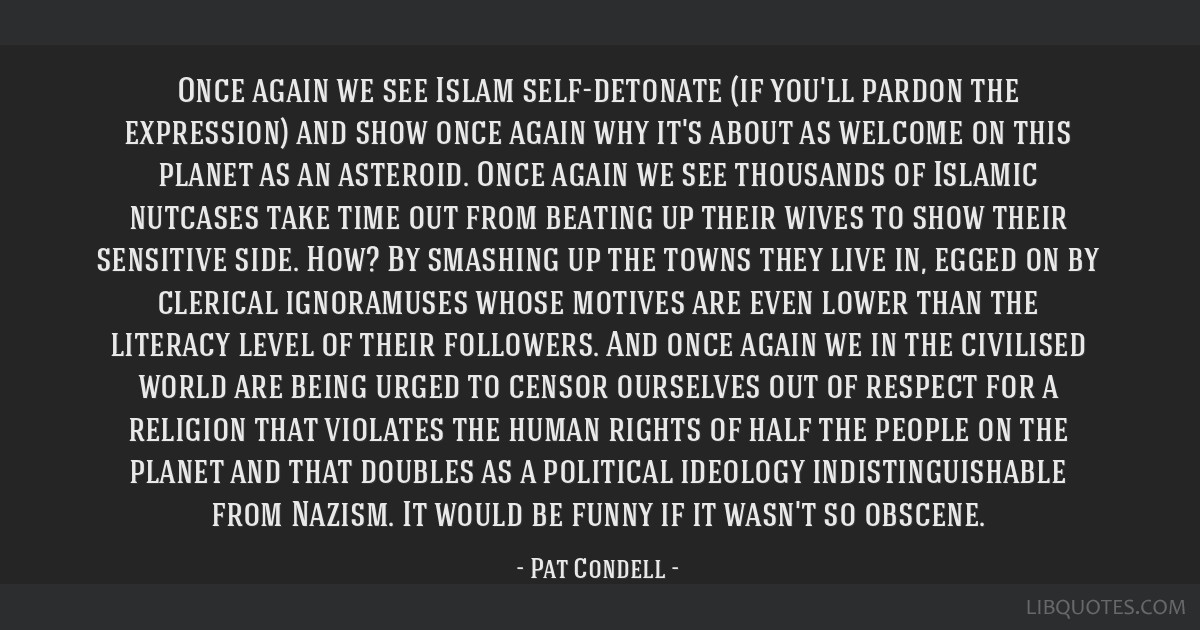 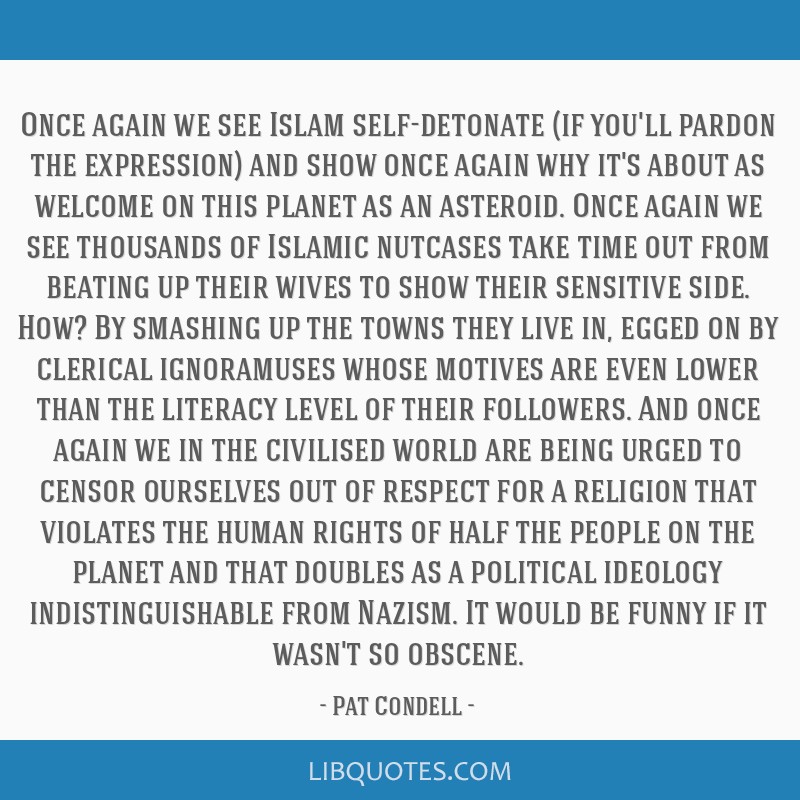 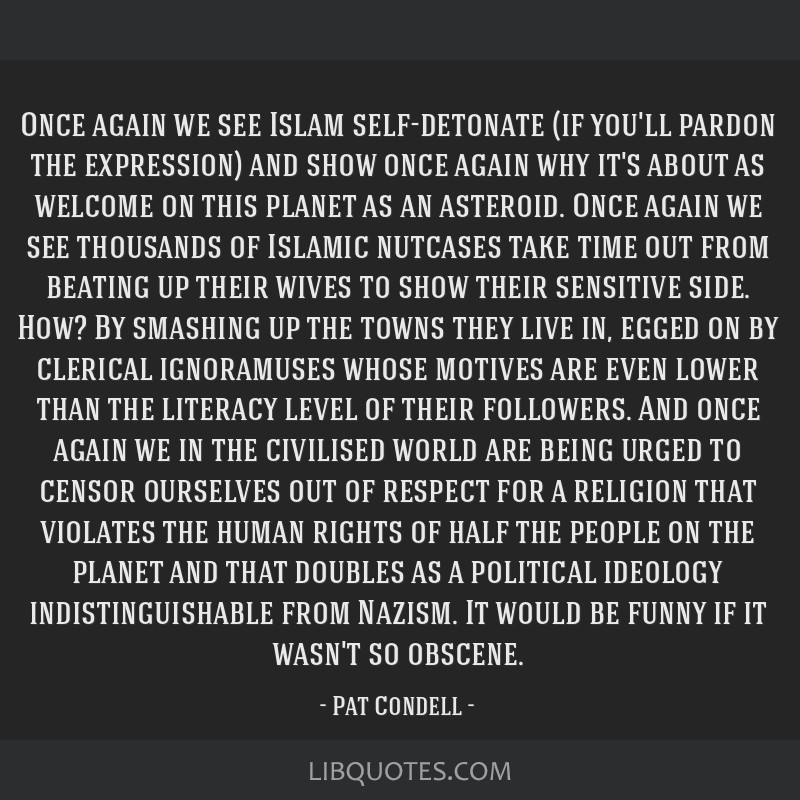 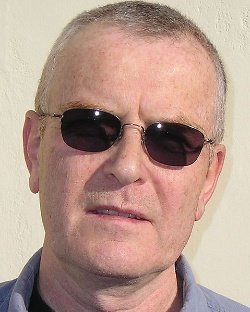