For it is this cultural revolution that has led to just such a "profound modification in the ideas" of peoples. And those ideas have made Western elites apparently indifferent to the death of their civilization. They do not seem to care if the end of the West comes by depopulation, by a surrender of nationhood, or by drowning in waves of Third World immigration. 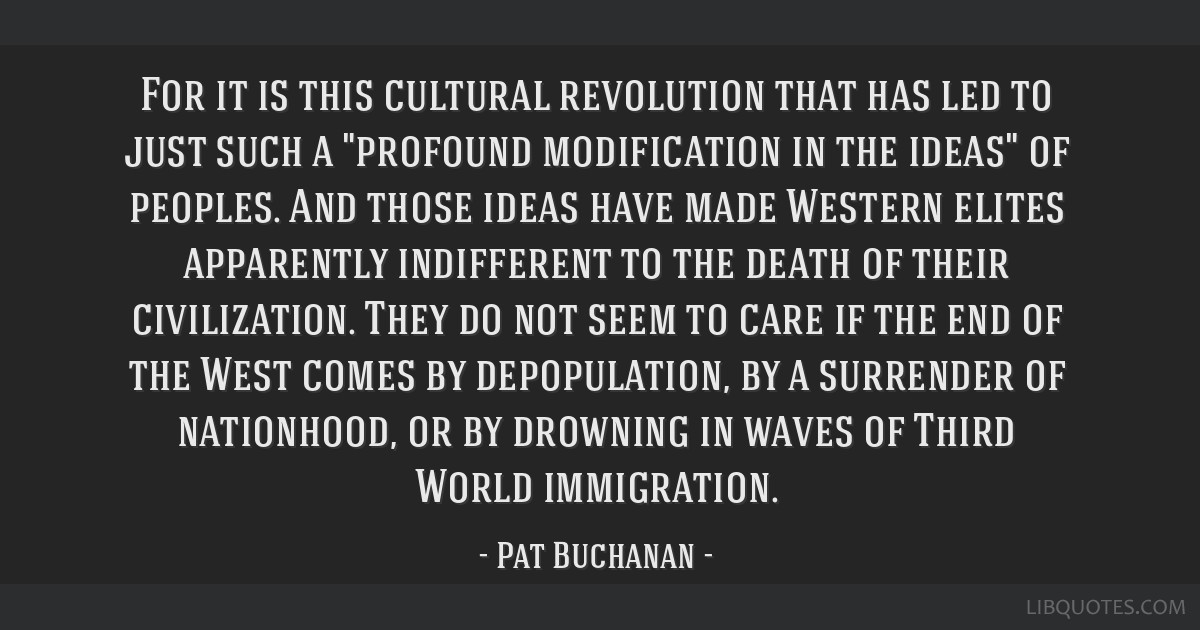 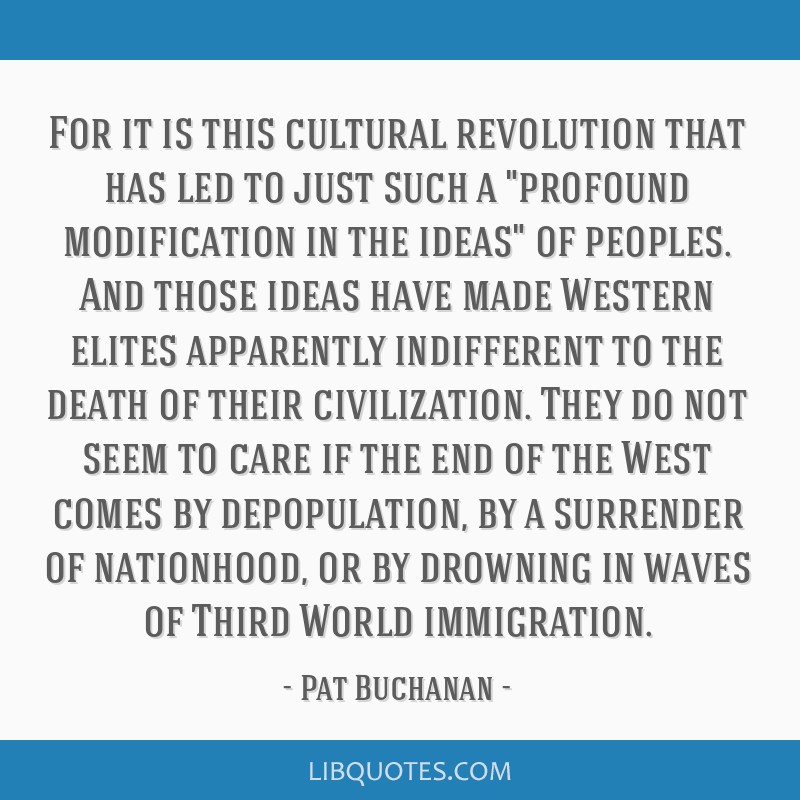 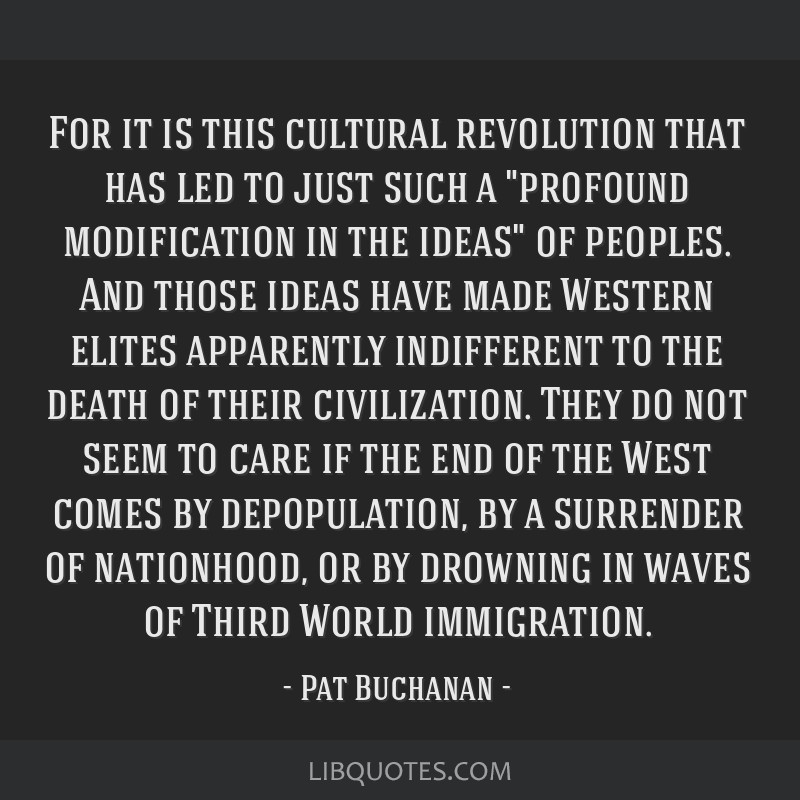 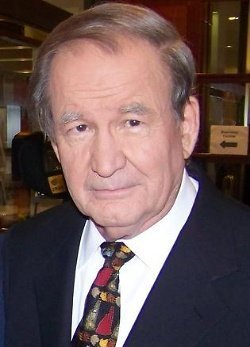