With his hands he unites heaven and earth, and the four elements that form the world are controlled by him.
The four symbols before him are the four letters of the name of God, the signs of the four elements, fire, water, air, earth.
I trembled before the depth of the mysteries A touched... The words I heard seemed to be littered by the Great Magician himself, and it was as though he spoke in me.
I was in deep trepidation and at moment I felt there was nothing, before me except the blue sky; but within me a window opened through which I could see unearthly things. and hear unearthly words. 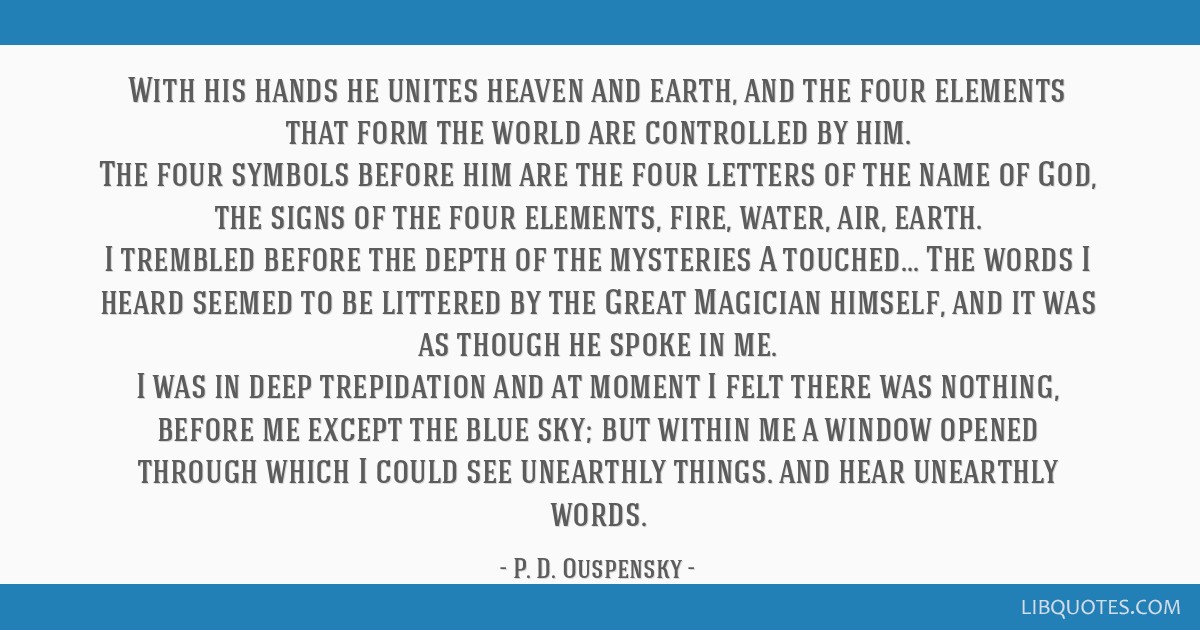 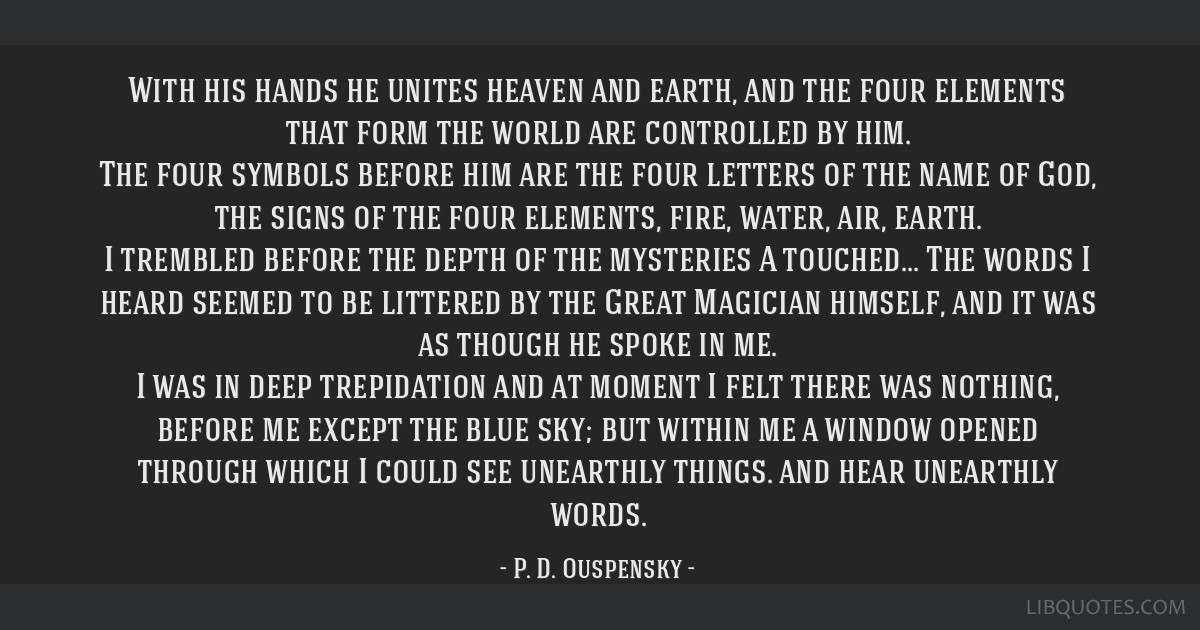 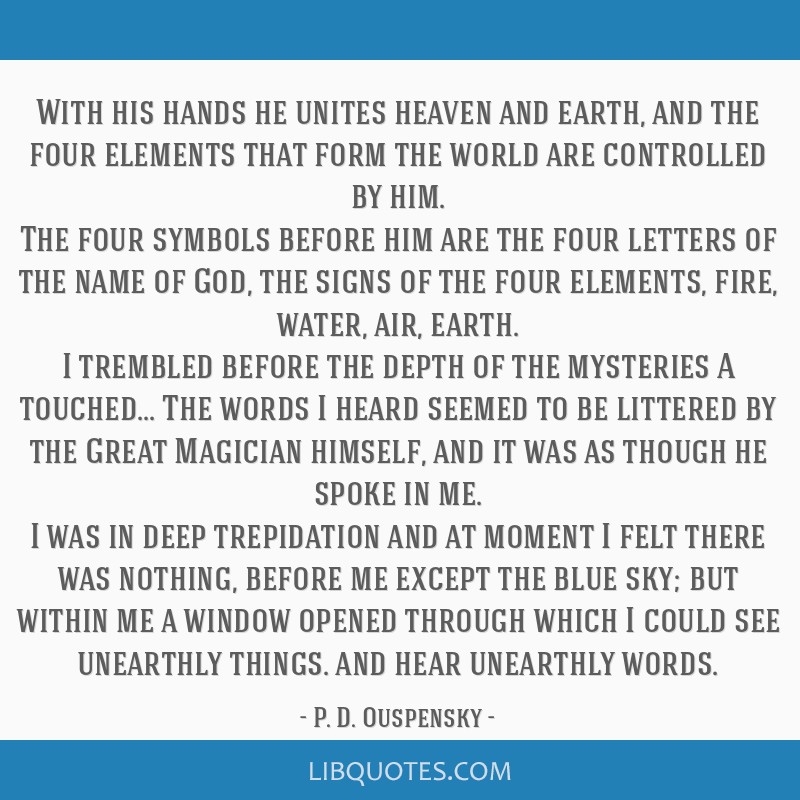 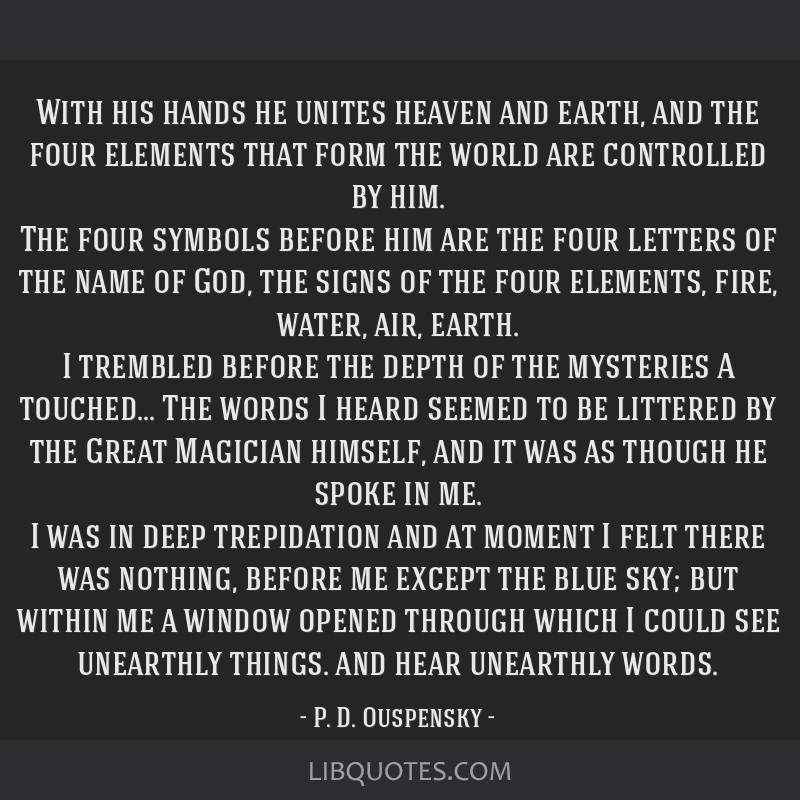 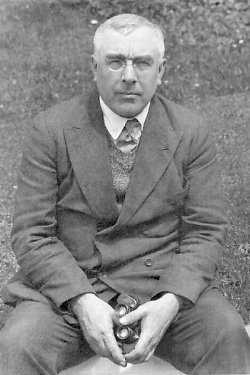