At first, I thought I had found in this second figure [a bronze Orpheus, Zadkine made just after his return from New York, in 1944] the perfect solution, but a surprise awaited me. One day my coal merchant delivered to me, here in my studio, some wood for heating; among these logs I found a rudimentary but completely mysterious wooden figure of a man. He seemed to be walking in great strides, his torso suggested by only two simple boards which, in their structure, were very much like an ancient lyre. I immediately began working on a new 'Orpheus', in which the instrument had truly become part of the man. 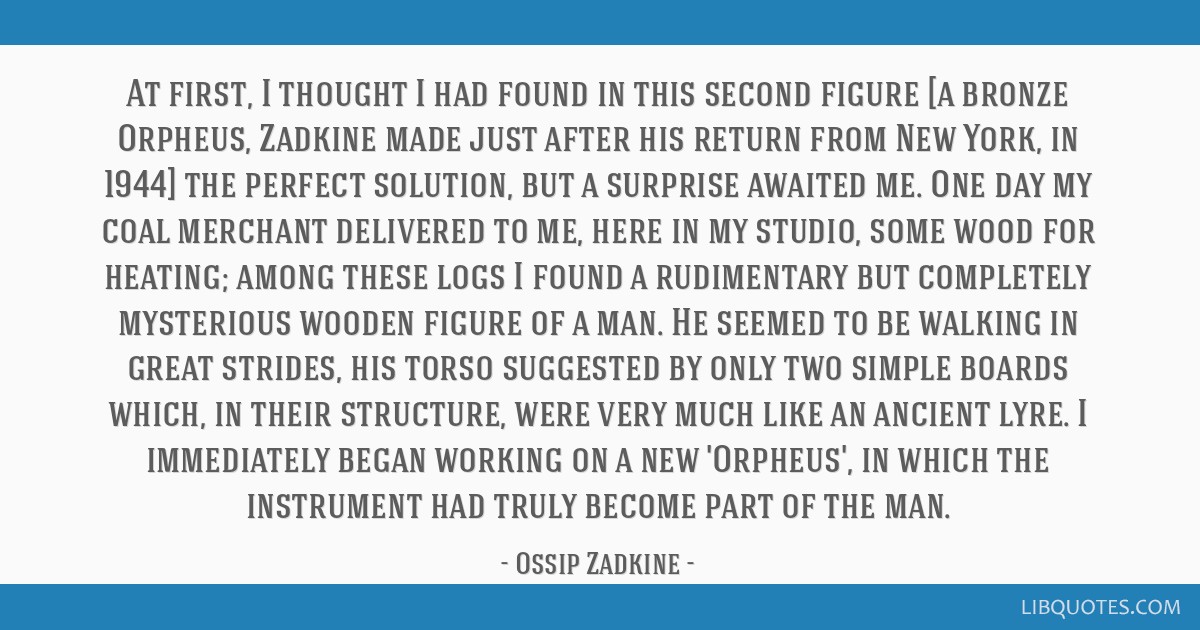 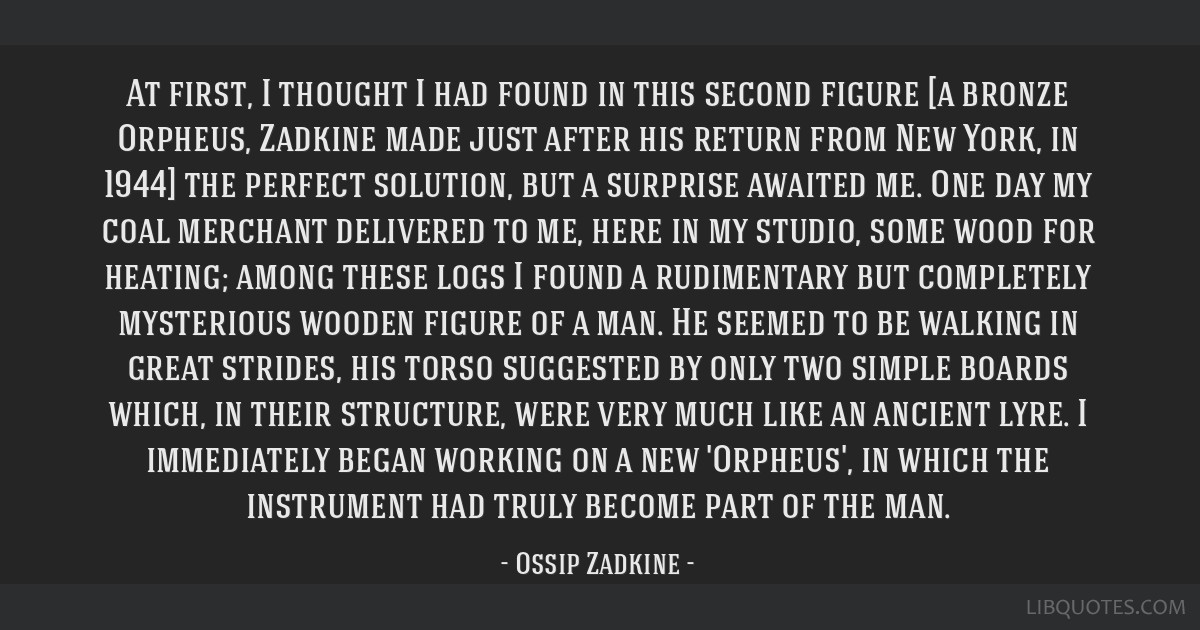 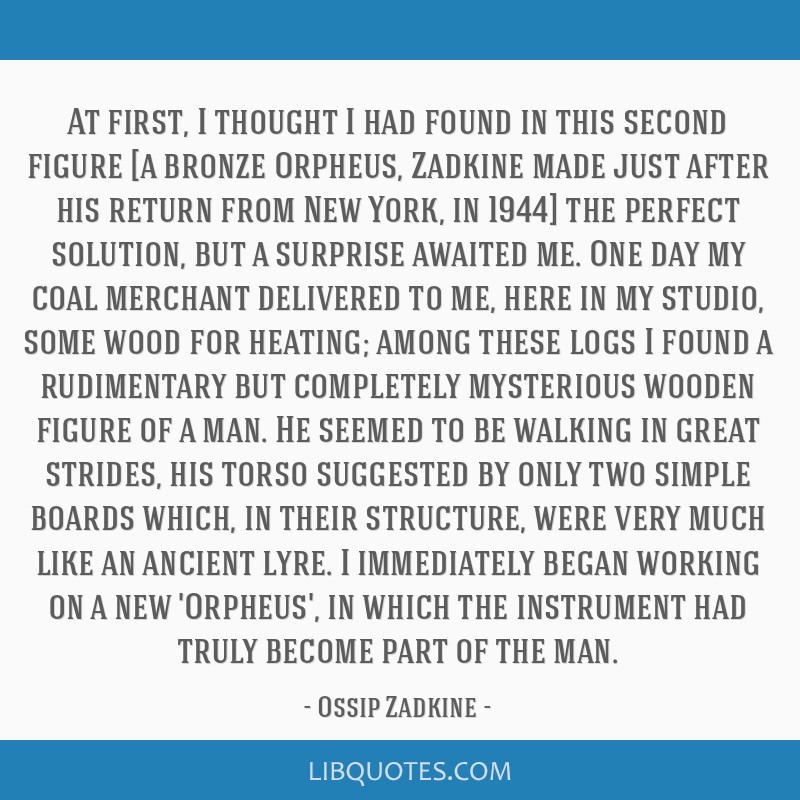 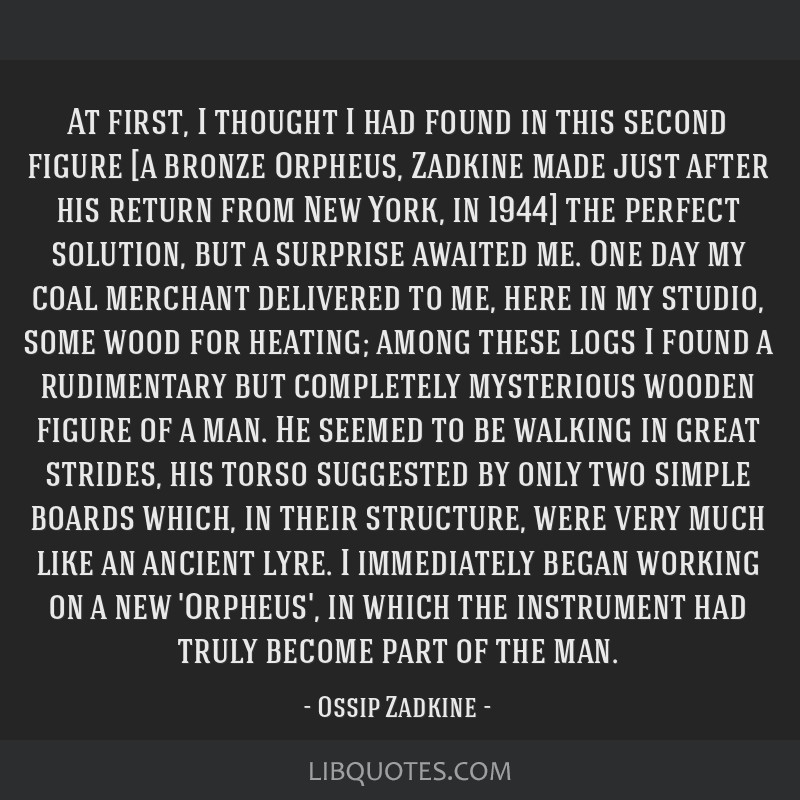 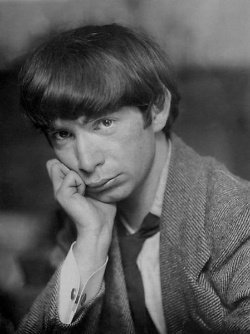