There was no choice. If you saw a dog going to be crushed under a car, wouldn't you help him?

Oskar Schindler
Beyond this day, no thinking person could fail to see what would happen. I was now resolved to do everything in my power to defeat the system.

Oskar Schindler
I hated the brutality, the sadism, and the insanity of Nazism. I just couldn't stand by and see people destroyed. I did what I could, what I had to do, what my conscience told me I must do. That's all there is to it. Really, nothing more.

Oskar Schindler
The persecution of Jews in occupied Poland meant that we could see horror emerging gradually in many ways. In 1939, they were forced to wear Jewish stars, and people were herded and shut up into ghettos. Then, in the years '41 and '42 there was plenty of public evidence of pure sadism. With people behaving like pigs, I felt the Jews were being destroyed. I had to help them. There was no choice.

Oskar Schindler
What is there to say? They are my friends. I would do it again, over and over — for I hate cruelty and intolerance.

Oskar Schindler
Now you are finally with me, you are safe now. Don't be afraid of anything. You don't have to worry anymore. 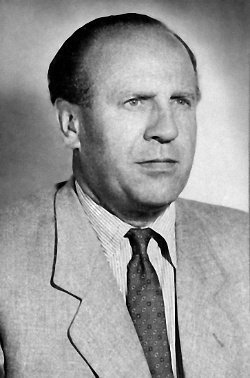 Creative Commons
Born: April 28, 1908
Died: October 9, 1974 (aged 66)
Bio: Oskar Schindler was a German industrialist, spy, and member of the Nazi Party who is credited with saving the lives of 1,200 Jews during the Holocaust by employing them in his enamelware and ammunitions factories, which were located in occupied Poland and the Protectorate of Bohemia and Moravia.